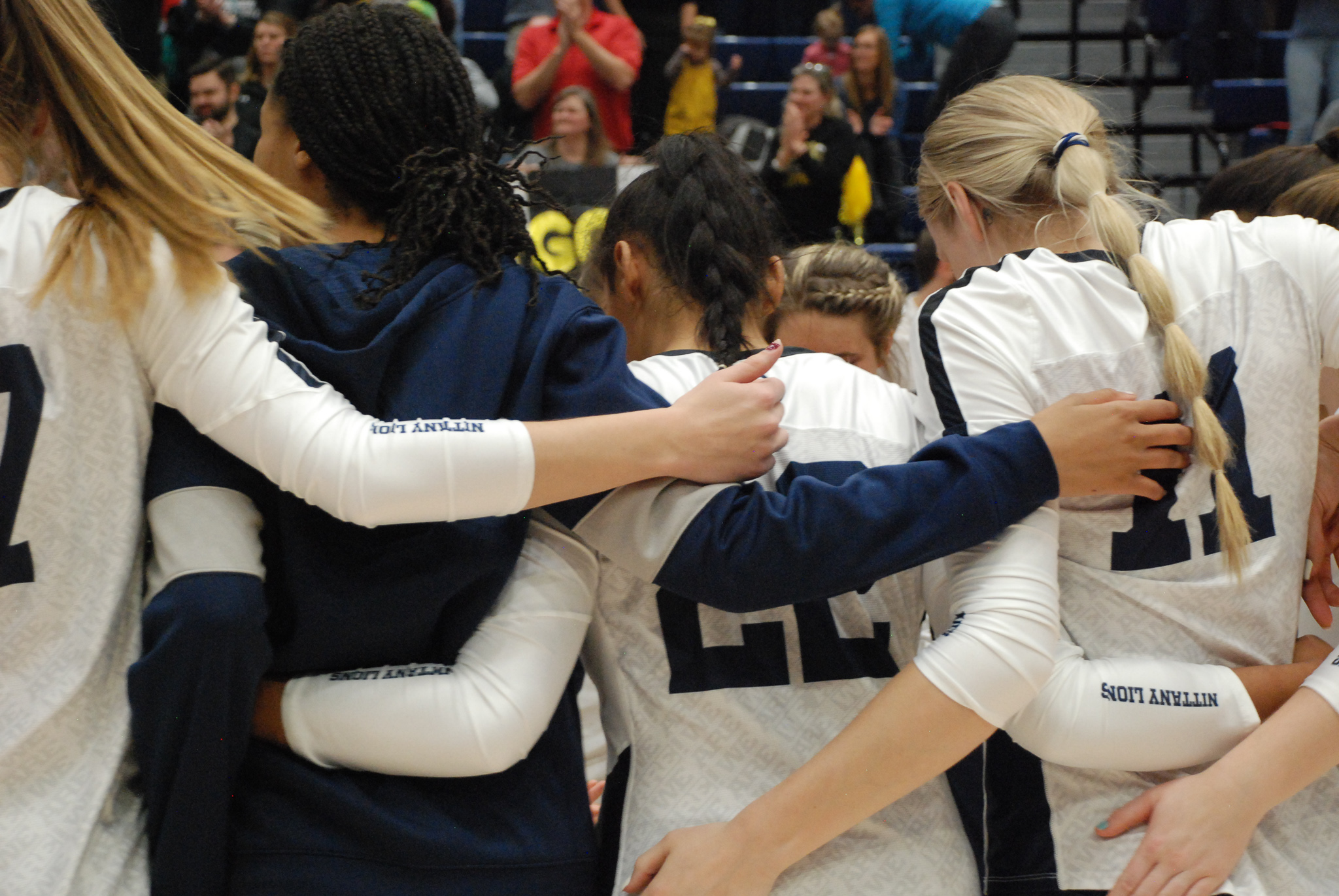 Allyson Cathey, a junior outside hitter from New Albany, Indiana, is no longer listed on the Penn State women’s volleyball roster and has reportedly entered the NCAA transfer portal.

Cathey tallied 292 kills during her two seasons with the Nittany Lions and appeared poised for a significant role on this year’s team, but injury issues during the second half of the 2019 season and overall inconsistency put a damper on her output. She played in only one set — recording a single kill against Stanford — during last year’s NCAA tournament.

Cathey reached double-digit kills eight times during her Penn State career, including a career-high 15 kills against Ohio State in 2018 and Pitt in 2019. She made 18 starts in 27 appearances last season and finished fifth on the team with 186 kills while hitting .133. Cathey wore a black sleeve under her left knee pad the second half of last season.

The departure of Cathey leaves the Nittany Lions with 18 student-athletes (eight juniors) on their 2020 roster and opens the door for someone else to step up at outside hitter. Also of note, freshman Annie Cate Fitzpatrick changed her jersey number from 11 to 0 on the latest roster update. She may be the first Nittany Lion to wear the number for head coach Russ Rose.

Penn State now has five outside hitters on the team in Fitzpatrick, Lauren Clark, Gabi Bailey, Macy Van Den Elzen, and Anastasiya Kudryashova. Jonni Parker, who often plays six rotations for the Nittany Lions, also has some experience at outside hitter. The arrival of Memphis graduate transfer Hannah Flowers, another right-side hitter, may mean Parker ends up starting at outside hitter in order to get both players on the court.

Cathey has yet to announce her transfer on social media as of the publishing of this article. We will provide an update when more information becomes available about where she will be playing during the 2020 season.