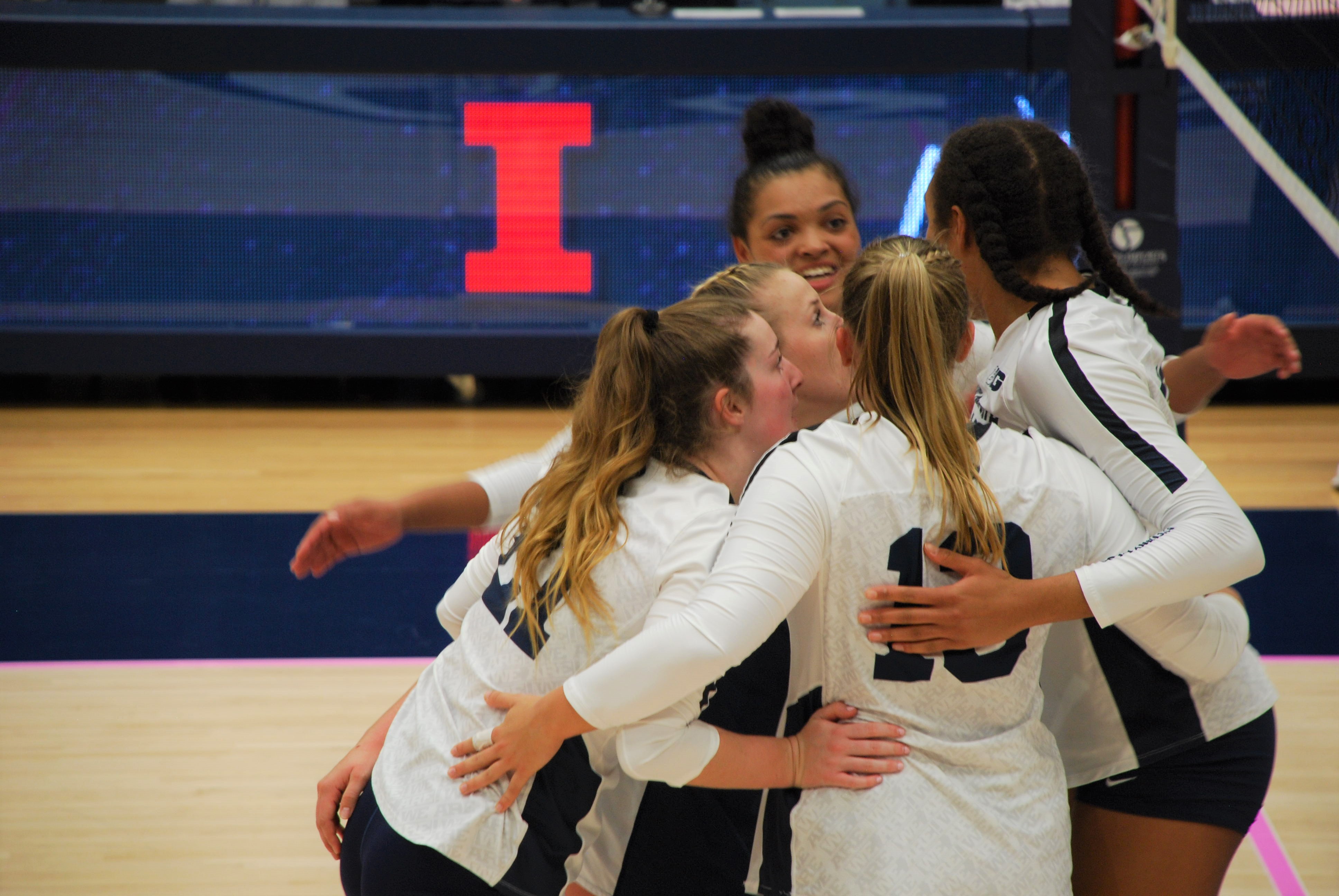 The duo of future Nittany Lions will compete in the 14th annual Under Armour All-America Volleyball Match on Dec. 31 at 7 p.m. at the ESPN Wide World of Sports Complex in Orlando, Florida. The match will be streamed on FloVolleyball.

BREAKING: The 2019 Under Armour Girls High School All-American class has been released! #UAALLAMERICA

Fitzpatrick, a 6-foot outside hitter from Ocala, Florida, helped lead Trinity Catholic High School to its first state championship in school history as a junior in November 2018. As one of only 24 players invited to the Under Armour match, Fitzpatrick is no doubt one of the nation’s top prospects heading into her freshman season next fall. She’s been verbally committed to Penn State for more than two years already.

Van Den Elzen, a 6-foot-4 outside hitter from Emmaus High School, committed to her home-state Nittany Lions on Aug. 8, 2018. Like Fitzpatrick, Van Den Elzen is a big commitment for Russ Rose’s program considering the relative lack of depth at the position. Both have far exceeded 1,000 career kills in high school.

Minnesota has the most commitments of any school on the Under Armour first team with three future Golden Gophers scheduled to compete Dec. 31 at Disney World. Texas, Stanford, Florida, and Ohio State join the Nittany Lions with two commits apiece slated to participate in the match.

Most recently, freshman outside hitter Lauren Clark represented Penn State in the Under Armour match, while sophomores Jonni Parker and Gabby Blossom did so the year prior. Kristin Krause played in the match in 2015.

“It allowed us to get closer and just talk about what the future would bring,” Parker said as a freshman. “It was a great time.”

Players attending Big Ten schools make up 20 of the All-American honorees on the three teams announced Wednesday. The SEC (11) and Pac-12 (10) were the only other conferences with double-digit participants. Former Penn State commit Iman Ndiaye, who has since committed to UCLA, earned a spot on the second team.

November 13 is the initial signing date for volleyball prospects this cycle, while Aug. 1, 2020 is the final signing date. Fort Mill, South Carolina, outside hitter Sophie Fischer is the only prospect on the three Under Armour teams who is currently uncommitted.

“That was really fun,” Blossom said of the experience. “I was roommates with Jonni and that was the first time we really got to hang out. To have friends from all over and all different programs has been really cool.”