The #2 ranked Penn State Women’s Volleyball team (7-1) hosts the Rockvale Outlets Classic this weekend, with the George Washington women’s volleyball team (8-3) as their opponent Friday night.  Saturday morning the Nittany Lions take on Princeton, with the third and final match of the tournament against St. Johns on Saturday night.

The star of the match was sophomore Lauren Whyte, the A-10 Offensive Player of the Week, who totaled a match high 17 kills (.310 hitting %). Teammate Katie Zulandt chipped in with eight kills for the Colonels, with Candace Silva -Martin leading the team with 15 digs.

For the complete match preview (including writeups on all three teams) from gopsusports, Click Here.

Make Some Noise at Rec Hall!

Clearly, Penn State will be heavily favored in this match. Still, we expect all of you to be at this match. Along with several of your friends who, for reasons known only to themselves, were not planning to attend, but whom you will convince of the error of their ways.  Plus several additional people who, when seeing the enthusiasm of your group as you march towards Rec Hall, will be inspired to join you for the Greatest Show in Blue and White™.

When the Nittany Lions come out for warmups, stand up and and give them (and the players who preceded them) a resounding thankyou for an unbelievable run and so many, many fantastic memories. Then, cheer your lungs out. Make Rec Hall look something like this: 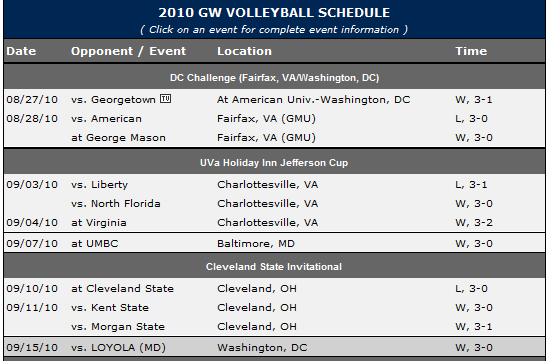