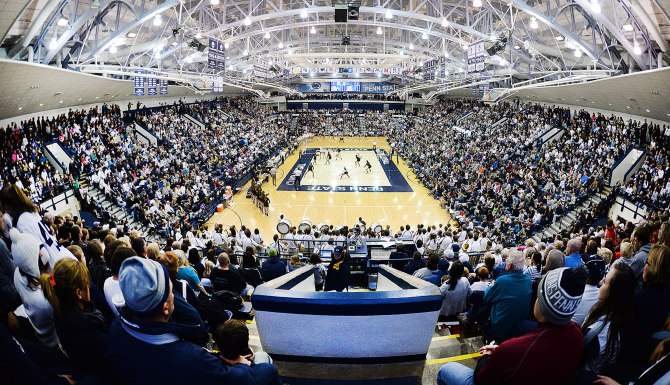 “I thought the crowd was fantastic. It was a great day for Penn State athletics, with the football team becoming bowl eligible and the field hockey team winning their NCAA game against Boston College and the effort we had tonight.” Penn State Head Coach Russ Rose in an interview with Patrick Kowalski, Daily Collegian Staff Writer

The official attendance for Saturday night’s match between Penn State (26-3, 14-2 in the B1G) and Minnesota (16-11, 6-10 in the B1G) was a Rec Hall season-high of 5,569.  The crowd (and always great Volleyball Pep Band) were enthusiastic and vocal, helping the Nittany Lions down the Gophers 25-20, 25-12, and 25-23 for their ninth consecutive sweep.  Banana Fan (pictured at right) was a one-person cheering section (though weak on the trivia contest held after the second set).

“The three-headed monster of Haleigh, Nia and Aiyana was very good. It’s good when the setter recognizes who’s playing well and can get them the ball.”  Penn State Head Coach Russ Rose in an interview with Patrick Kowalski, Daily Collegian Staff Writer 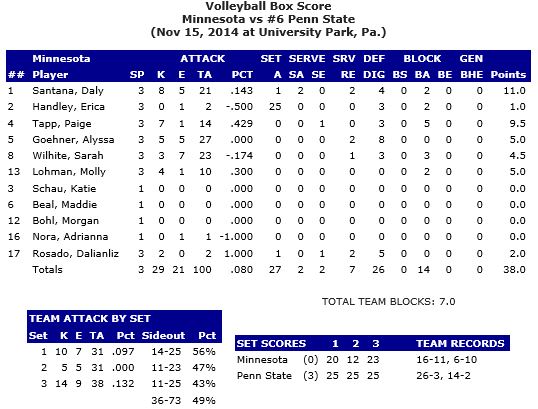 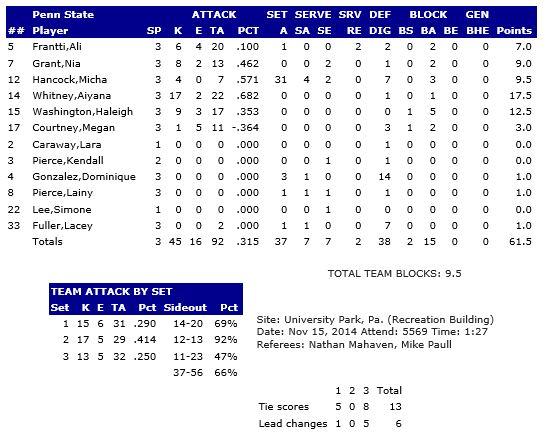