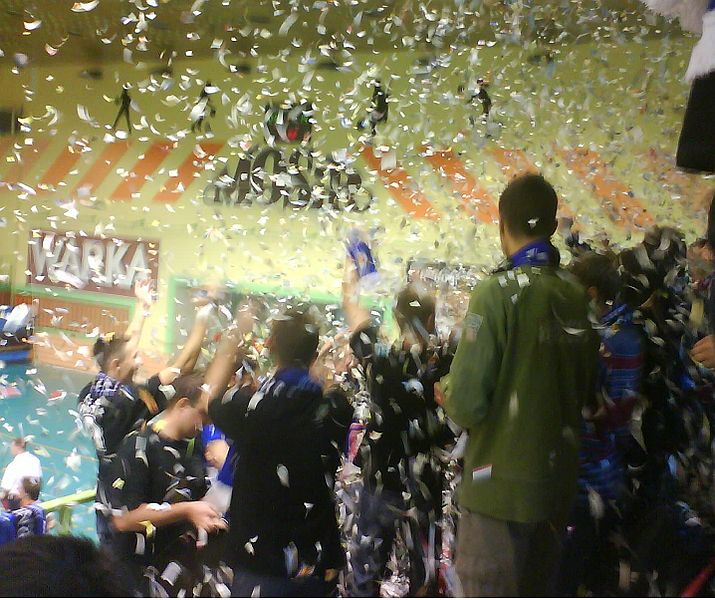 We weren’t there, but our crack team of researchers and statisticians reports that the Penn State Women’s Volleyball Blue-White Scrimmage on Saturday at Rec Hall was a roaring success.  Newly-hired assistant coach Steve Aird offered this:

“It was a really cool event that the fans and players enjoyed.  The support from the Booster Club was fantastic as usual and we appreciate their efforts.  Blue-White weekend at Penn State is a great time to be in Happy Valley.  I thought both teams did some nice things and competed hard.”

Both teams ran a 5-1 offense, with Kristin Carpenter setting the Blue team and Micha Hancock setting the White (see below for the rosters for the two squads).

Here’s a sampling (in no particular order) of comments we received from fans who were at the match.  You’ll undoubtedly note that we don’t have comments on the play of Katie Slay, Nia Grant, Erica Denny, Ariel Scott, Dominique Gonzalez, Lacey Fuller, and Maggie Harding.  The only conclusion you should draw from that is that the fans who sent us comments were there to enjoy the match, not as reporters.  Every player worked hard this spring and in the match.

“Both teams played hard — there were several long rallies.”

“Marika Racibarskas played at OH and looked good as a hitter.”

“Both teams were pretty aggressive from the end line, so there were a number of missed serves.  Micha Hancock and Kristin Carpenter were letting it rip and Prieto-Cerame has a rocket as well.”

“Prieto-Cerame looked good at OH, as did Aiyana Whitney, Maddie Martin and, of course, Deja McClendon.”

“Ali Longo was in civies watching the action from the bleachers, as was Alyssa D’Errico.”

The word before the match was that the team would be evenly-divided for the Blue-White Match, and judging by the score, that goal was accomplished.  Digging deeper, our crack team of researchers and statisticians came up with these numbers:

For attacking, the statistical advantage (based on 2011 stats) appeared to favor the White, but not by much.

In serving and setting, the White (read “Micha”) had a distinct advantage based on 2011 stats.

In recepts/digs – pretty much a dead heat.

Blue – more experienced.  White – a slight statistical advantage based on 2011 stats (which of course, ignores improvement and the role of Paulina Prieto-Cerame, who wasn’t on the team last season).

All-in-all, the 2-2 result in the match makes sense.