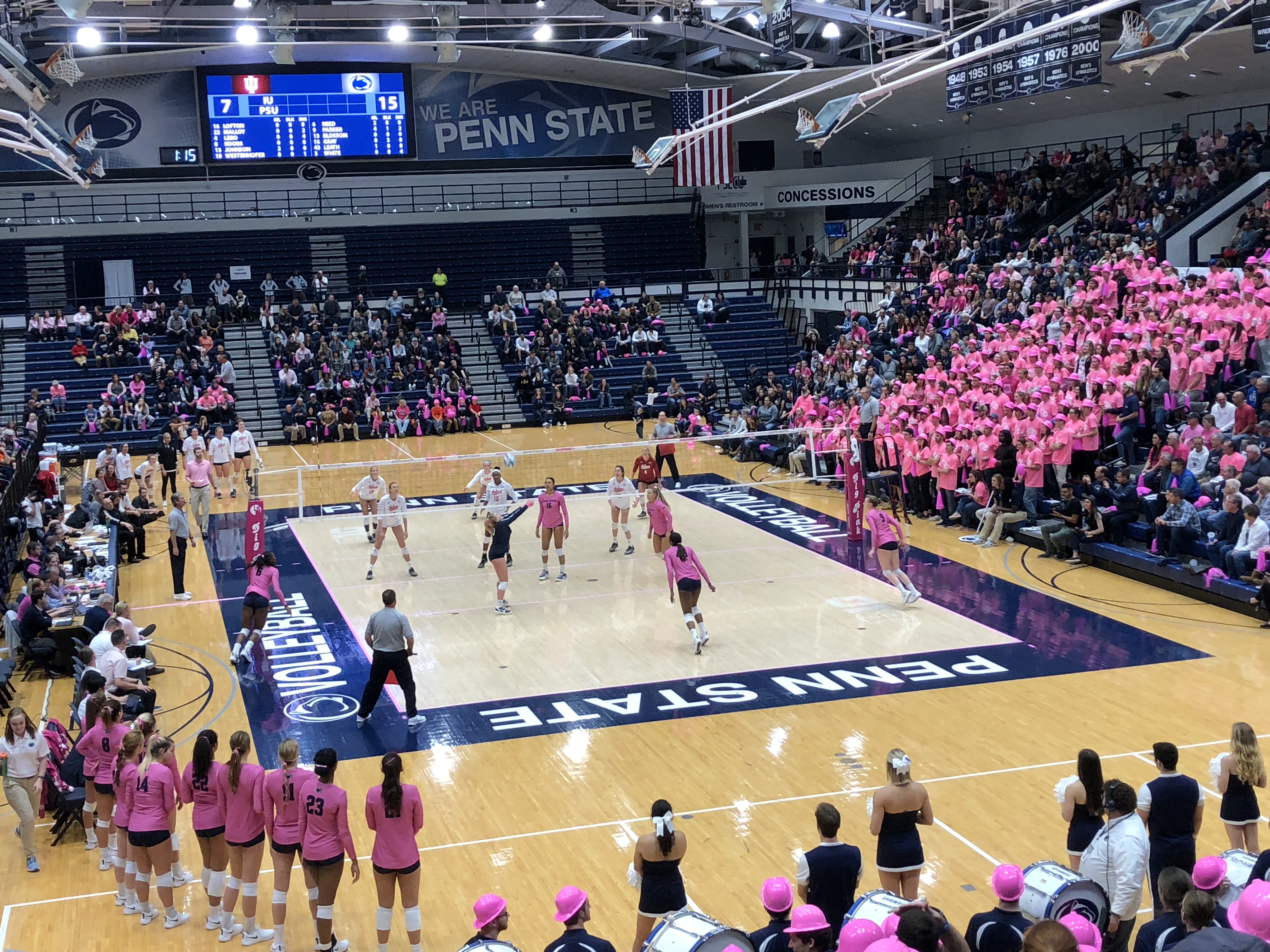 Stanford is undoubtedly the headliner of this year’s home slate at Rec Hall, as the eight-time national champions will make their first trip to University Park since 2012 for the Big Ten/Pac-12 Challenge. Penn State lost both of its matches against the Cardinal last season, including a 3-1 ouster in the Elite Eight at Maples Pavilion.

Penn State heads to Hilton Coliseum in Ames, Iowa, for a pair of non-conference matches against Iowa State and LSU before returning to Rec Hall for its biggest showdown of the regular season against the Cardinal the following weekend.

Although the Nittany Lions swept Oregon last season, star libero Brooke Nuneviller and the Ducks could provide quite a test on September 14 when they travel to Rec Hall. Oregon advanced to the Elite Eight last season after beating Minnesota in a thrilling match that featured a 41-39 second set win.

A home-and-home series with Pitt in late September allows Penn State fans the chance to make a short drive down to Fitzgerald Field House to see the Nittany Lions in action on the road. This year’s Final Four will take place at PPG Paints Arena in Pittsburgh December 19-21.

In total, Penn State will face nine teams that were ranked in the final AVCA Top 25 poll from December 17, 2018. Purdue was the lowest ranked of the bunch at No. 17 in the country, showcasing just how loaded the Big Ten is as a volleyball conference.

Penn State’s Big Ten schedule sets up rather nicely for the Nittany Lions, as five of the first six conference matches are at home. Penn State will play Nebraska, Minnesota, Ohio State, Michigan, and Purdue only once. The Golden Gophers round out the regular season on November 30 at Rec Hall.

The Nittany Lions won’t be nearly as young as they were a year ago — when eight true freshmen made up half of the roster — but the starting lineup may very well feature only one upperclassman in two-time All-American Kendall White.