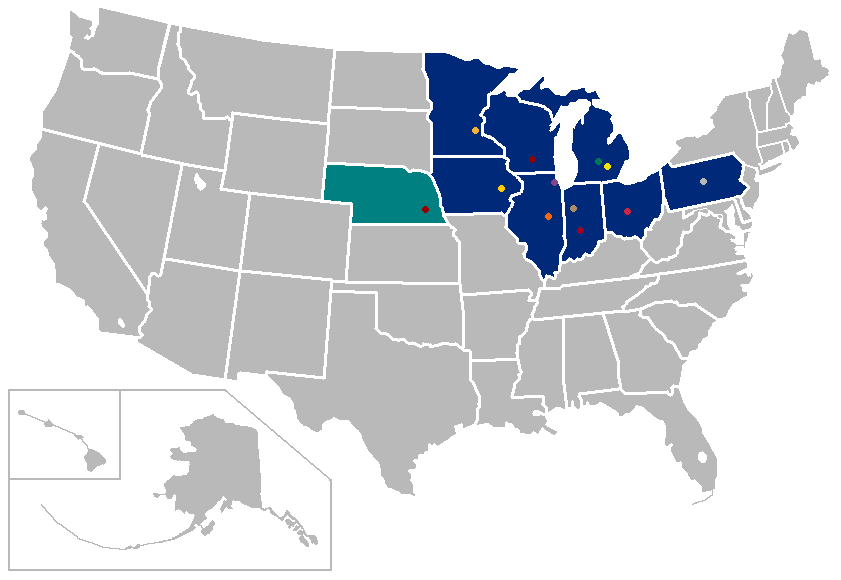 Brown and McClendon Win Big Ten Weekly Awards (But You Knew That, Didn’t You)

We’re a lazy blogger, or at least a slow one.  Example? 6-5 Sr. Opp. Blair Brown won her second Big Ten Player of the Week award this season (third of her career) on November 15th, after leading (really leading — offensively, defensively, taking charge and refusing to lose  kind of leading) to sweeps of Wisconsin and # 9 Illinois (a match televised on the Big Ten Network) and a 1st Place tie in the Big Ten.  She led the team in kills both nights (14 kills, 5 digs, 5 blocks vs. Wisconsin on Friday, and 13 kills and 7 digs against Illinois), averaged 4.5 kps and a gaudy .463 attack % for the weekend.

Not only that, but 6-1 Fr. OH Deja McClendon  won her fourth Big Ten Freshman of the Week award, also on November 15th, for her performances against Wisconsin and Illinois ( 3.7 kps, .553 attack %. 1.7 dps).  She’s having a great season too.

And how did we show our gratitude?  By dilly-dallying, lolly-gagging, and generally goofing off for the next six days until here we are, giving  Blair and Deja  some long-overdue (six days, to be exact) recognition.  Congrats, and thanks!

Update: Who Will Be Big Ten Freshman of the Year?

We’ve also been a bit slow in covering the race for Big Ten Freshman of the Year.  Here are updated statistics (want more proof of our sloth?  The award is based on Big Ten Only stats, but we’re using All Opponents.  Why?  Habit and/or Lazy) for the three players we think are the most likely candidates (and a poll for you to vote for your choice, or be a Contrarian and vote “None of the Above”):