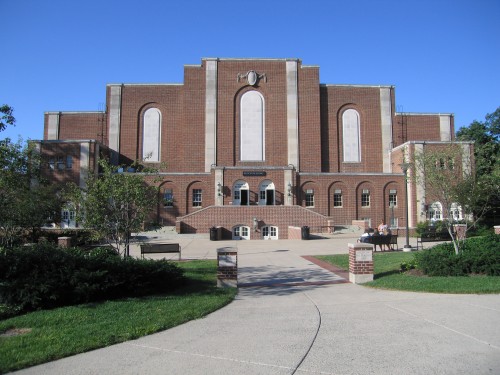 “Déjà vu (pronounced /ˈdeɪʒɑː ˈvuː/ ( listen) DAY-zhah VOO; French: [deʒa vy] ( listen), meaning “already seen”, from Greek παρα “para,” “near, against, contrary to” + μνήμη “mēmē,” “memory”), is the experience of feeling sure that one has witnessed or experienced a new situation previously (an individual feels as though an event has already happened or has happened in the recent past), although the exact circumstances of the previous encounter are uncertain.” (Wikipedia)

Puns: “The “lowest and most groveling kind of wit.” Attributed to John Dryden.

“What a good thing Adam had — when he said a good thing he knew nobody had said it before.” Mark Twain. Notebook, July 2, 1867. (The Yale Book of Quotations.)

OK, an obvious pun, and one that a better class of blogger would have resisted using, and one that probably has been used before, making it even worse.  But . . . we indulged.  Just this once.  And, for the record, we think Deja is a beautiful name and Deja McClendon is a great player.  So there you have it.  And here you have Part I (or is it Part II?):

McClendon helped guide the Nittany Lions to sweeps of George Washington, Princeton and St. John’s in the Rockvale Outlets Classic at Rec Hall. McClendon started all three matches and was second on the team with 25 kills (3.12 kills per set) on a team-best .524 attack percentage. She also contributed one ace, 14 digs (1.75 digs per set) and seven total blocks (0.88 blocks per set).”  For the complete release from gopsusports.com, Click Here.

So, this seems vaguely familiar.   We’re sure we witnessed this situation previously — that this event has already happened in the recent past, although the exact circumstances of that previous experience are uncertain.  Oh wait, we’ve got it:

McClendon helped guide the Nittany Lions to sweeps of Seton Hall, Colgate and VCU this past weekend in the Hampton Inn Classic. In her Rec Hall debut, McClendon started in all three matches and led the team with 37 kills, averaging 4.11 kills per set on .464 hitting for the weekend. She also contributed one ace, 16 digs (1.78 digs per set) and six total blocks (0.67 blocks per set). Against Seton Hall, McClendon led all players with 14 kills and was second on the team with seven digs. On Saturday versus the Raiders, she was the only player with double-digit kills with 10 and tied for second on the team with four blocks. She once again led the team in kills against VCU with 13 and registered a .524 attack percentage. McClendon was named to the Hampton Inn Classic All-Tournament Team for her efforts.”  For the complete release from gopsusports.com, Click Here.

Back in the pre-season, Russ Rose said that Deja McClendon was going to be one of Penn State’s “key offensive players this year and into the future.”  He noted that “she hits high and hard and has a variety of shots.”  His bottom line: “She blocks and hits well. Usually young players do one or the other.”  Though undoubtedly there is room for improvement in all facets of her game, Deja McClendon already is a standout on this Nittany Lion team.  If she continues to work hard, we anticipate many more deja vu experiences, both this season and throughout her career.

Here are the Penn State team attack and blocking statistics to date: