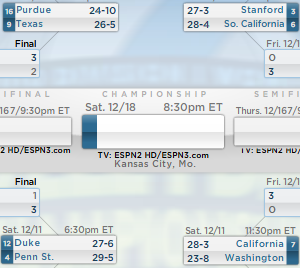 In honor of the regional bracket that can’t get no respect, we present Rodney Dangerfield:

Duke is one of those “no respect” teams.  When the Blue Devils were awarded the #12 seed, the blogosphere lit up with “How did Duke Get the 12th Seed?”  No respect.

The ACC Champion Blue Devils take on #4 seed Penn State tonight in a match that may not have the high-drama of some of the other Regional Finals, but that we think will be a good one.

Duke head coach Jolene Nagel had this to say about her team after its win over Missouri:

All along I’ve said this was a special team – and not because of where we are right now – but because of how they’ve come to work every single day in practice. They have a focus now that I haven’t always seen for all the players on the team, and I think that’s helping them be able to continue to get better as the season goes along. I’m very happy for them that they were able to execute the way they wanted to and stay with the game plan to get this win.

Even if the volleyball world isn’t giving the Blue Devils much respect, Penn State certainly is.  In a video interview (see below), Penn State Assistant Coach Kaleena Davidson had this to say about Duke:

Duke is a little bit similar to Virginia Tech in that they run a quick offense.  They like to run some double quicks, they have hitters that can hit in different zones off of one foot.   They’re a good passing team.

Davidson also discusses keys to the Oklahoma match, but her comments apply equally to the match against Duke:

We’re going to have to serve and pass at a higher level than we did against Virginia Tech and be able to run our offense. . . . We have to play a smart game and be ready for them to play a hard, physical match.

After last night’s match, Russ Rose spoke briefly with Amy Hughes of NCAA.com about the upcoming match with Duke:

I would like us to serve a little tougher [against Duke]. . . . We played them last year at Duke and it was a very tough match with a big crowd.

It should be a big crowd again, only this time the Nittany Lions will have the home court advantage.  We think they’ll win this match, but we think the Blue Devils deserve plenty of respect.  Here are highlights of the Duke-Missouri match, courtesy of goduke.com:

With Penn State trailing 21-19 in the first set, Penn State Head Coach Russ Rose went for a change of pace, as he inserted 6-4 Jr. OH Katie Kabbes.  The move worked: Kabbes came up with two big kills, a block, and an assist, as the Nittany Lions rallied to take 6 of the next 8 points and win the set.

We were fortunate we were able to get Katie Kabbes to come in and kind of settle us down a little bit.

Katie Kabbes has taken plenty of criticism from fans this season, so we want to repeat that sentiment: the Nittany Lions were fortunate that Katie Kabbes came and and settled them down.  Thanks Katie!

Here are stats from the match, courtesy of GoPSUSports.com: 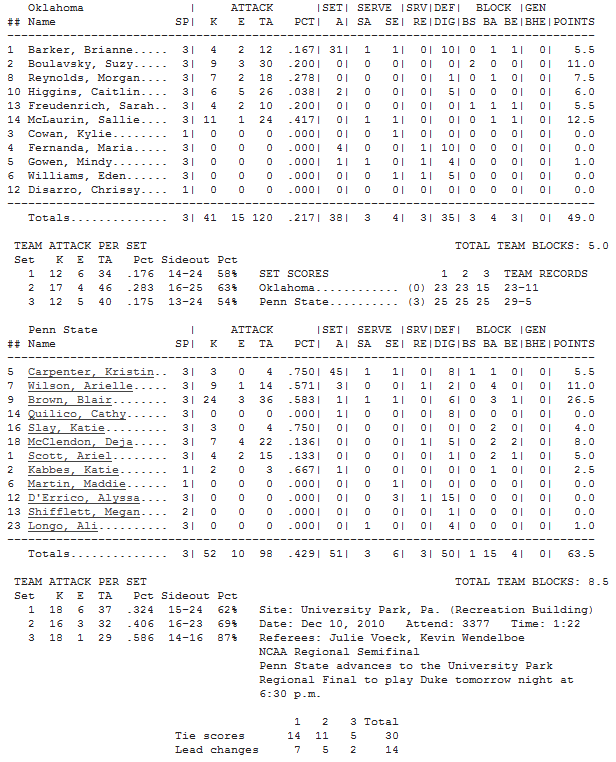 For those of you who may have missed it, here’s a video interview with Penn State Assistant Coach Kaleena Davidson, courtesy of GoPSUSPorts.com, with comments about Duke starting at the 2 min. 22 sec. mark: 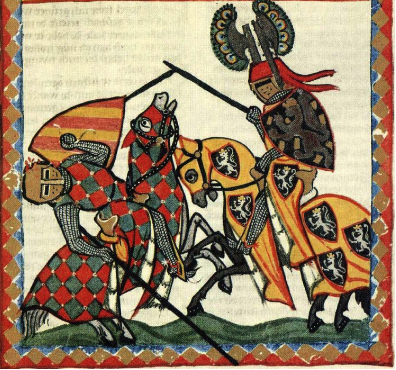 Below are comparisons of Duke’s and Penn State’s team and individual statistics through December 10th: