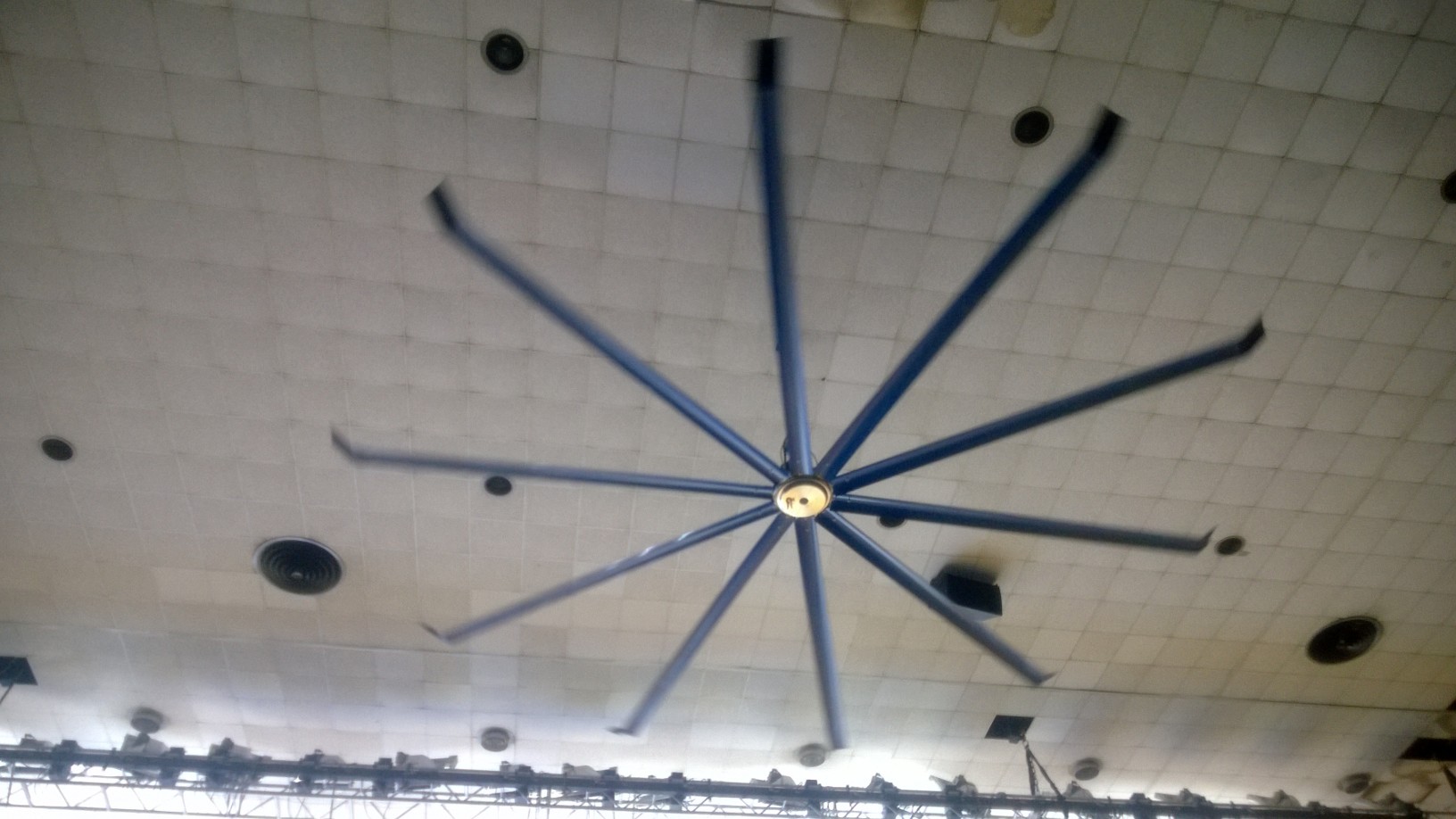 In Memorial Coliseum, all the fans were blue. Even this one.  Advantage, Penn State?

With Penn State trailing 9-6 in the 5th set, things weren’t looking so good for the Nittany Lions.  Then something flipped the switch (Nia Grant’s serving certainly helped, as did three key blocks) and Penn State went on a 6-0 run and never looked back.  Great win for the Nittany Lions against a Stanford team that deserves all the respect in the world. 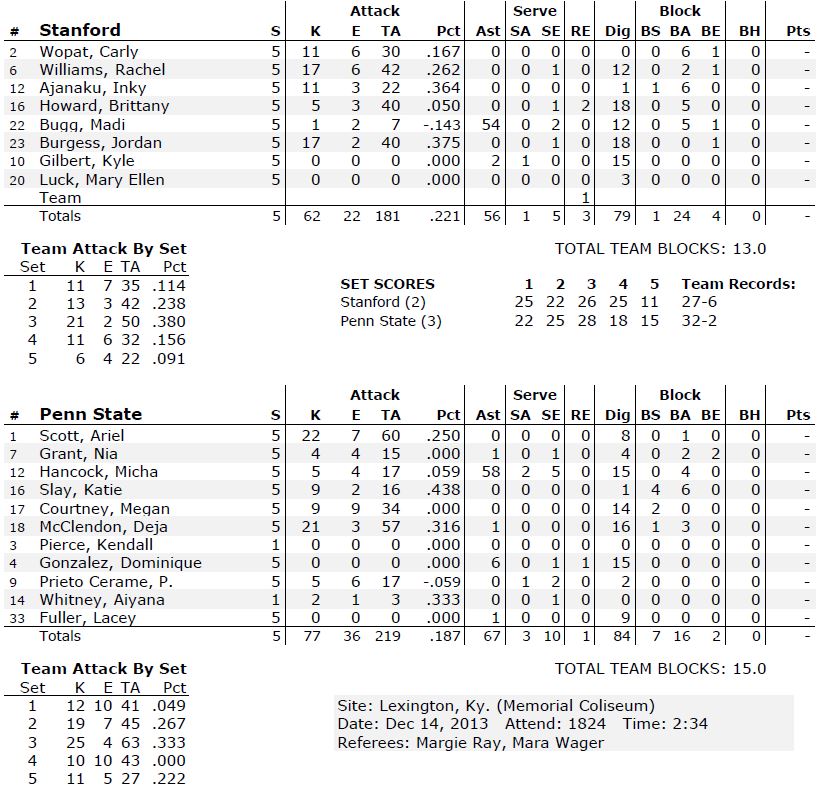