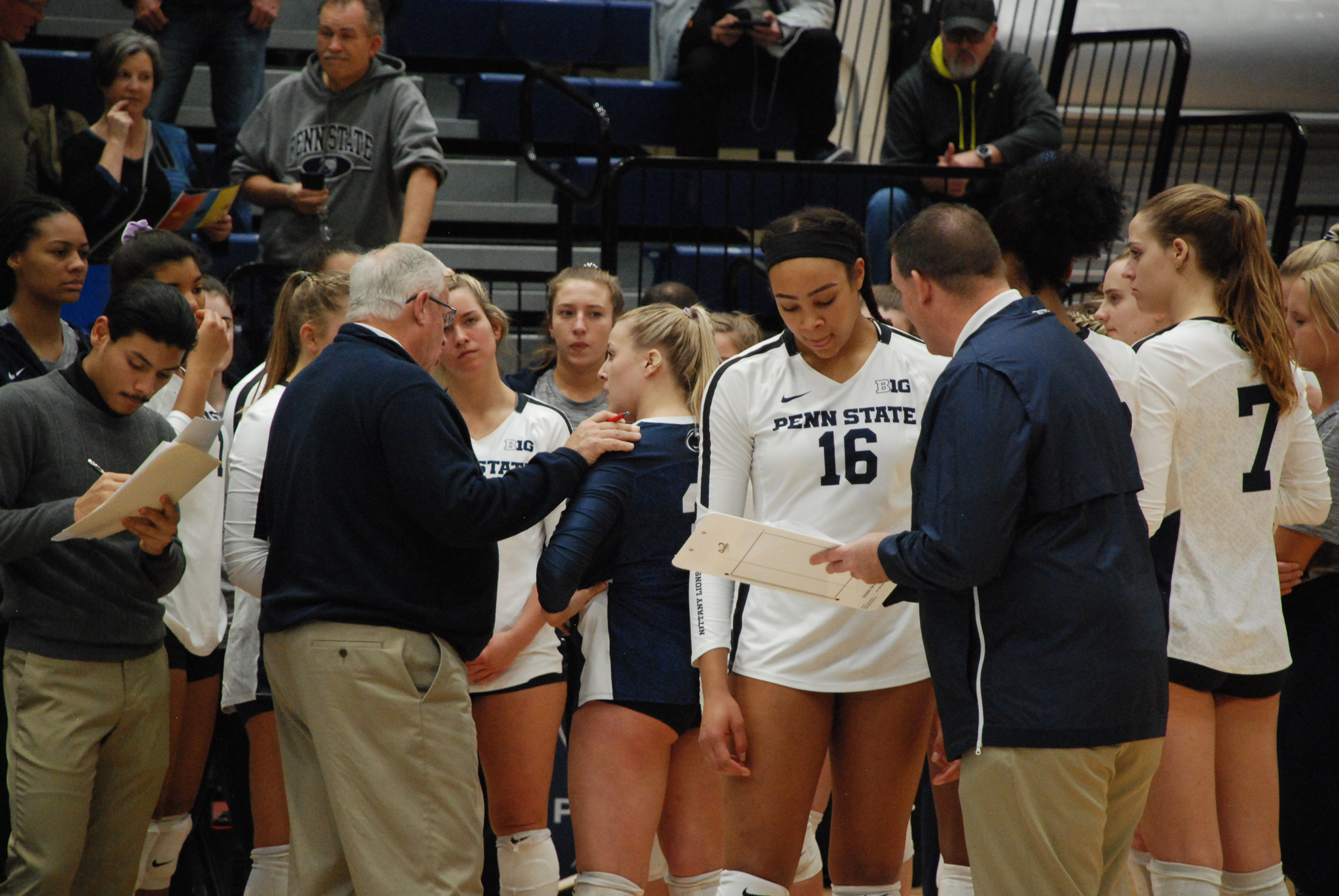 Both are now eligible for the 2019-20 Gatorade National Volleyball Player of the Year award, which will be announced later this month. Previous state winners on Penn State’s current roster include Jonni Parker (Ohio) and Gabby Blossom (Missouri).

Fitzpatrick and Van Den Elzen will arrive on campus this offseason after representing the Nittany Lions in Orlando at the Under Armour All-America Volleyball Match, where they helped Team Pressure sweep Team Savage on New Year’s Eve.

Fitzpatrick, who hails from Ocala, Florida, played six rotations during the exhibition and finished with nine kills, six digs, an ace, and a block. Van Den Elzen, an Emmaus, Pennsylvania, native, had three digs, two kills, and the only solo block of the match.

Krause’s father, Mike, who is the head coach at Parkland High School in Allentown, discussed what it was like for his team to go up against Van Den Elzen in the press release that accompanied Monday’s announcement.

“Van Den Elzen is unstoppable at the net,” Krause said. “She’s 6-foot-3 and she can dominate a game; she has a tremendous impact on her team. We tried everything and we couldn’t block her.”

Randy Ewers, the head coach at Vanguard High School in Ocala, Florida, had high praise for Fitzpatrick in a similar statement, saying, “Annie Cate Fitzpatrick is one of the most dynamic and complete players that I’ve seen in my years of coaching. She’s the type of player who would put the team on her back and completely change the dynamic of a match with a couple of swings.”

Fitzpatrick and Van Den Elzen are among three incoming freshmen who will soon join the Penn State program and begin competing for a spot in head coach Russ Rose’s rotation. Maddy Bilinovic, a defensive specialist from Independence, Ohio, also finalized plans with the Nittany Lions during the November signing period.