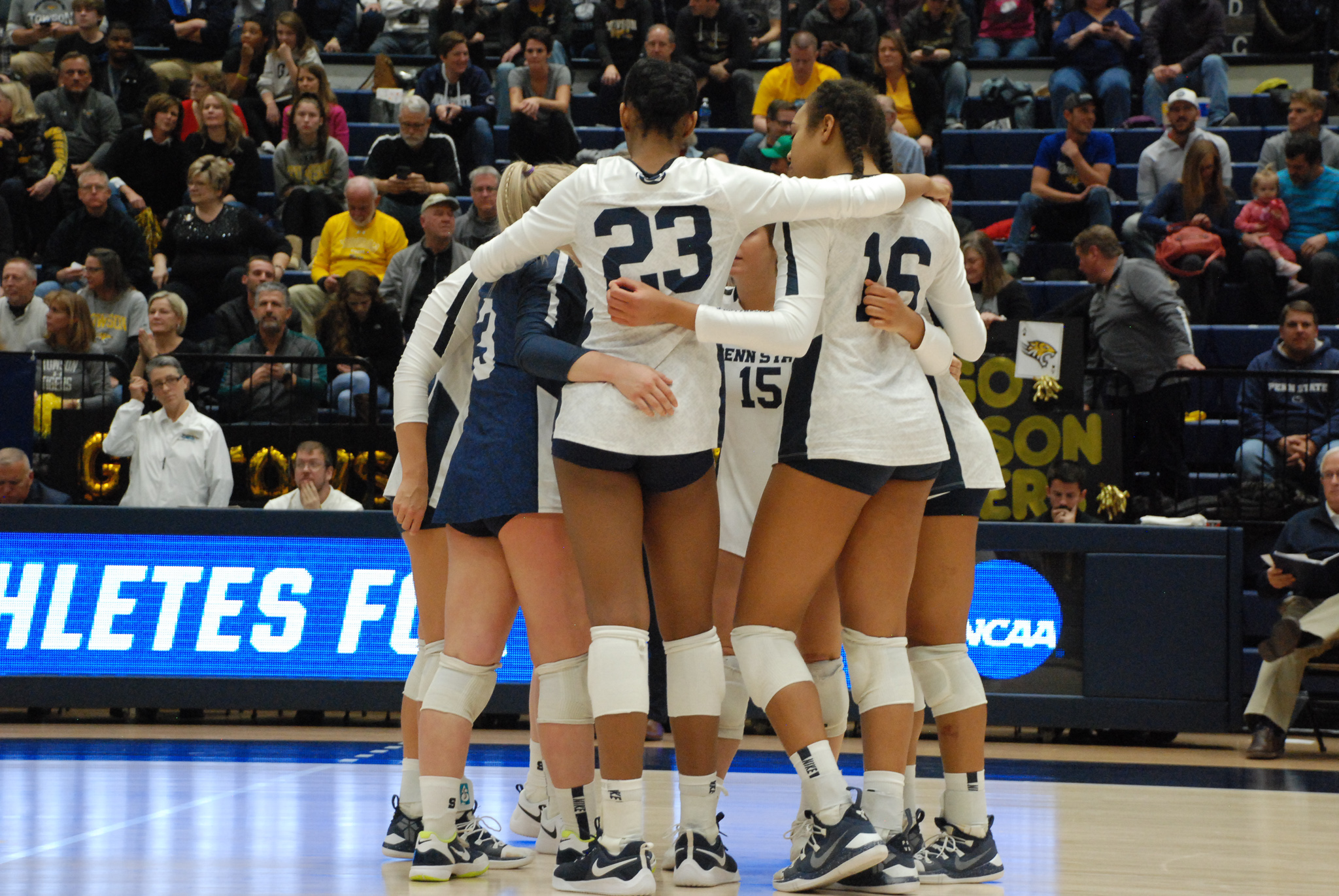 The pair of highly touted outside hitters have already signed letters of intent to join the Penn State women’s volleyball program this coming season. They showcased their skills in front of a large crowd at The Venue at UCF Tuesday night in Orlando.

Fitzpatrick finished with nine kills (.222), six digs, an ace, and a block assist, while Van Den Elzen tallied three digs, two kills (.000), and the only solo block of the match. Several schools had two future players participate like the Nittany Lions, but Minnesota led the way with three.

Only Michigan signee Jess Mruzik had more kills than Fitzpatrick (12) in an exhibition featuring 24 of the nation’s best high school seniors, all of whom are expected to play Division I volleyball. Jonni Parker, Gabby Blossom, and Lauren Clark have all previously represented Penn State in the prestigious match.

Mruzik was named MVP of Team Pressure, while Wisconsin signee Devyn Robinson, who had six kills and hit .667, took home the honors for Team Savage. Texas signee Naomi Cabello had a match-high 36 assists and nine digs while setting Fitzpatrick, Van Den Elzen, and the rest of Team Pressure to victory.

Fitzpatrick and Van Den Elzen didn’t see the floor until the second set, but the former absolutely dominated as soon as she got her opportunity. Fitzpatrick, who showed she has the skills to be a six-rotation player, recorded eight of her nine kills in the second set.

Fitzpatrick played her high school volleyball for Trinity Catholic in Ocala, Florida, just over an hour north of this week’s festivities. Van Den Elzen, on the other hand, will be the lone Pennsylvanian on Penn State’s roster this coming season. She starred for Emmaus High School a few hours east of University Park.

There were 17 tie scores and five lead changes in the first set, but Team Pressure prevailed 3-0 (25-23, 26-24, 25-15) after weathering an extremely competitive first two sets. Team Pressure hit .252 collectively in the win, while Team Savage managed a meager clip of .088.

Sophie Fischer, the lone uncommitted prospect to play in the match, contributed four kills (.300), a dig, and a block assist for Team Pressure. The 6-foot-5 outside hitter originally committed to North Carolina, but has since re-opened her recruitment and is reportedly considering the Nittany Lions, among other Big Ten schools.

Fischer, who hails from Fort Mill, South Carolina, visited Rec Hall for the final weekend of the regular season, where she watched the Nittany Lions pull off a reverse sweep of Wisconsin and lose to Minnesota in consecutive nights.

Fischer had the highest touch among any of this year’s Under Armour All-Americans during a practice session on the beach earlier in the week. If Fischer ends up picking the Nittany Lions, she would be the fourth prospect from the 2020 recruiting class to join Russ Rose’s program. Defensive specialist Maddy Bilinovic is also scheduled to enroll soon.

For those who are interested in these sorts of things, Fitzpatrick wore No. 18 during the match. Van Den Elzen sported No. 13, while Fischer donned No. 24. Perhaps the trio of All-American teammates will reunite in Rec Hall in a few months.