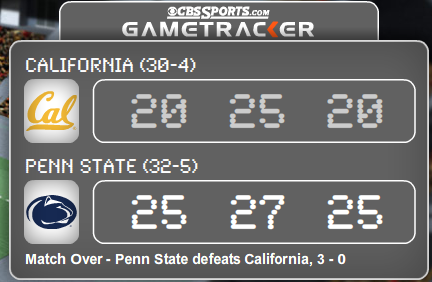 Penn State was written off by some early in the season, following losses to Illinois, Purdue, and Indiana.  But never by Russ Rose and never by the players themselves.

As Coach Rose told Karch Kiraly after #4-seeded Penn State swept #7-seeded California (25-20, 27-25, 25-20) to win its fourth consecutive NCAA National Championship, the team kept working hard and put themselves in the position to win some matches.  And win they did, losing only one set throughout the NCAA Tournament (Cal had lost only one before tonight’s match).

We’ll have more tomorrow, but for now, thanks to every player, coach, staff member and supporter who helped Penn State achieve this fantastic accomplishment.  We fans appreciate it more than you know.  Oh, and to the guy at the match with the sign that said “I Packed My Party Pants” — take care of yourself tonight.  And great sign! 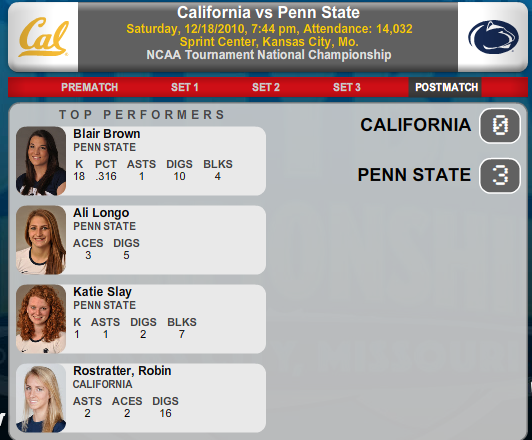