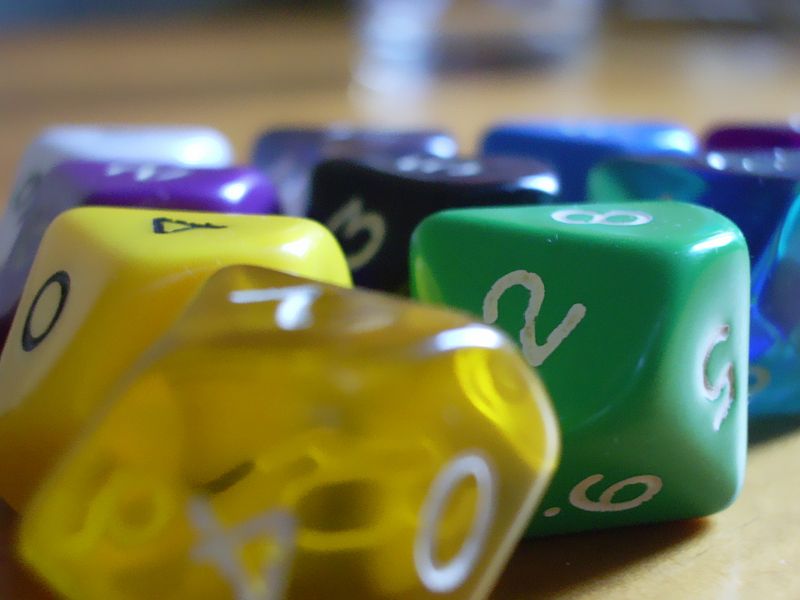 Penn State’s match against Indiana on Saturday night in Bloomington was viewed by most fans as a “gimme,” and maybe it was.  Indiana lost 6-3 MB Ashley Benson from last season, when Indiana stunned Penn State 3-2, so the Hoosiers were definitely long-shots.  But stranger things have happened, so we breathed a sigh of relief after the Nittany Lions (13-5, 6-2 Big Ten) swept the Hoosiers (8-12, 0-8 Big Ten) 25-18, 25-16, 25-21.

Errors continued to bedevil the Nittany Lions, as they totaled 18 for the match, but they played well enough to win, and it was the second night of the Indiana road trip.  6-1 So. OH Deja McClendon led Penn State for the second consecutive match, totaling 13 kills.  Is she back?  Indiana probably wasn’t the best test for that, but the trendline is promising.  6-4 So. RS/Opp Ariel Scott registered 12 kills and hit .375 — solid.  For good measure, she added two blocks.  A solid match for A. Scott.   5-11 Fr. S Micha Hancock directed the Penn State offense to a .221 attack % (Indiana hit .023) and added 2 service aces (for a team leading 55 on the season), 4 digs, and 3 blocks.

Without having seen the match, it’s hard to comment on whether Penn State continued to make progress (well, actually it’s easy to comment, but it’s another opinion not burdened by those pesky facts), but it looks (statistically) like the team performed marginally better in terms of reducing errors, and for the back-end of a Big Ten roadtrip, that’s probably not too bad, though the only critic who counts (Russ Rose) had pointed comments after the match in an interview with Dan Norton of the Daily Collegian:

Here are the match stats: 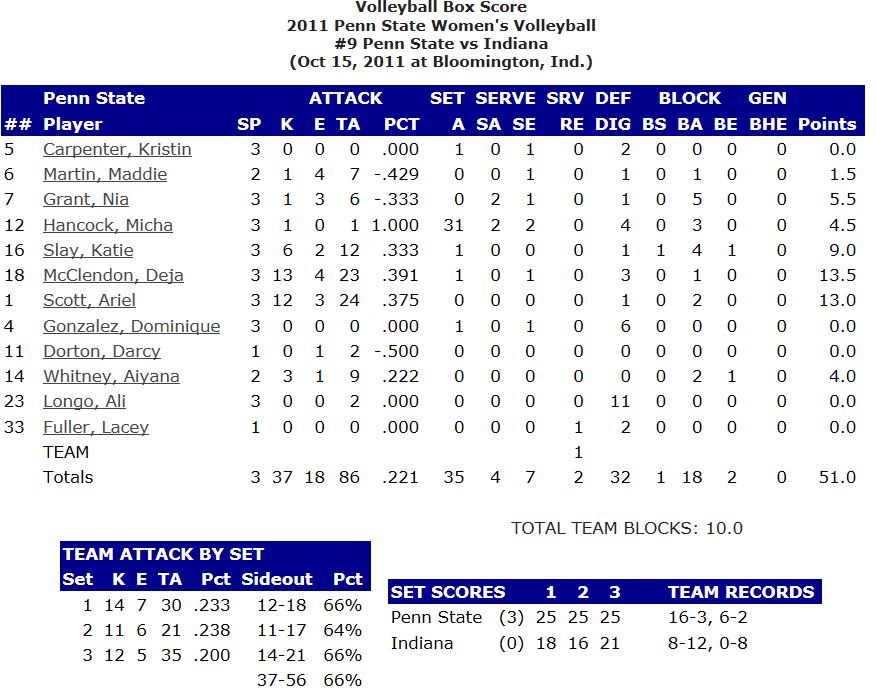 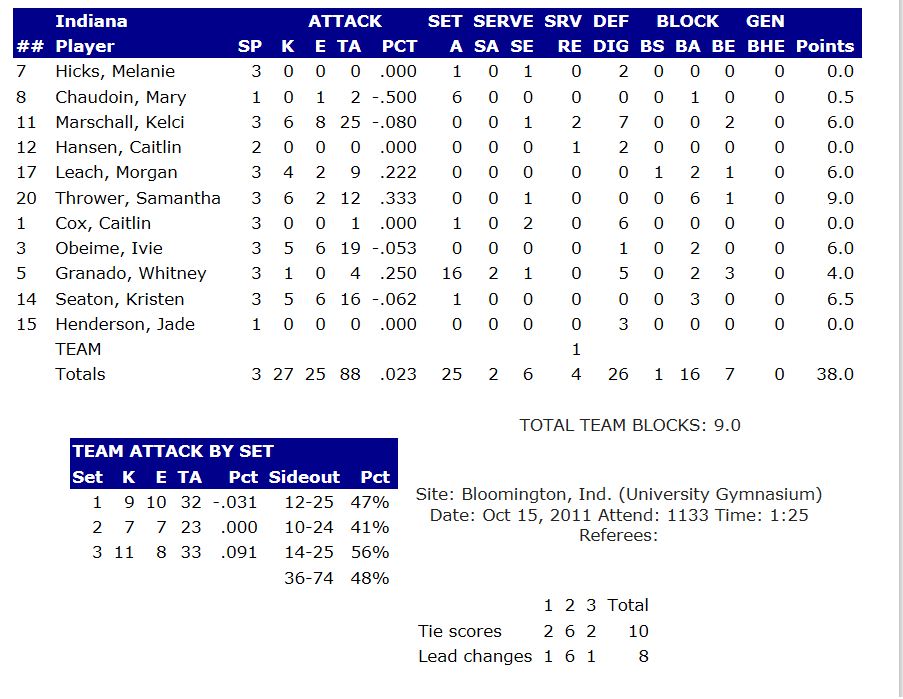