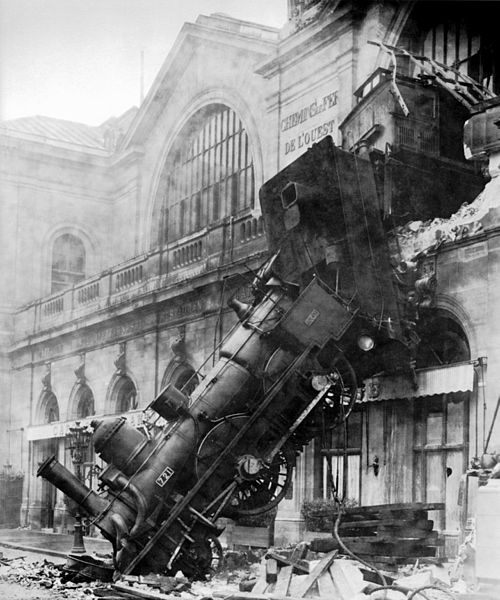 For fans of the Penn State Women’s Volleyball team, who had feasted for eight years on a diet of six National Championships (plus a freshman-laden Sweet 16 team in 2011 and a Final Four squad that came oh-so-close in 2012), the 2015 season was a very unsatisfying meal, ending with a  tough loss to Hawaii in the Sweet 16 in straight sets.

And through the first five matches this season, it looked like it might be more of the same:  straight-set wins in the first two matches (Georgia Southern and West Virginia), followed by consecutive five-set losses to North Carolina (in Rec Hall) and Colorado (in Boulder), and a straight-set loss to Stanford (also in Boulder).

In any event, the disappointing 2015 season, coupled with the disappointing start to the 2016 season, led some fans to write-off this year’s team, Head Coach Russ Rose, Associate Head Coach Salima Rockwell, and pretty much everything else about the program.  With statements like “the team is a train wreck.”  Or “the defense is a train wreck.”  Or other criticisms laden with train catastrophe or similar transportation disaster language.

We get it.  Fans are disappointed.  Frustrated.  Shocked.  Fair enough.  Coach Rose has been mightily disappointed with the team at times this season (particularly after the North Carolina match), and at times last season.  But keep in mind, the bar has been set impossibly high at Penn State (consider, for a moment, that Penn State won four consecutive National Championships, and that no other women’s volleyball team has won more than two in a row).  And certainly, Penn State’s 28-6 record in 2015 was a step down from the gaudy records in 2007 (34-2), 2008 (38-0), 2009 (38-0),  2010 (32-5),  2013 (34-2) and 2014 (36-3).  But to our way of thinking, it’s best to offer informed criticism,  and we think the “train wreck” critique fails both subjectively (how the game of volleyball is played, and how it differs from other team sports), and objectively (how Penn State performed statistically).  We’ll start with the subjective, followed by a statistical analysis.  You be the judge.

Why Subjectively, the “Train Wreck” Criticism is off the Mark

We spoke with Talking Head about the “train wreck” metaphor.  Here are his thoughts:

Anyone who watches enough volleyball will see really good teams play really ‘unclean’ volleyball.  It happens.  A train runs along two parallel tracks.  Volleyball is 360 degrees, in space.  Volleyball is unlike any other team sport in its interdependencies.  I’ll give you an example.  Now that we have the libero (Kendall White) playing out of the “six” position, who’s going to take the second ball?  Just a moment’s hesitation, or miscommunication, can result in a mistake that leads to a point by the opposition.  Volleyball isn’t like football, where a gifted athlete can just break tackles, or make tacklers miss, and carry the ball for a touchdown.  It’s not like basketball, where a play can break down, but a skilled player can create their own offense and score.  Volleyball is the consummate team sport.  You literally cannot carry the ball — it’s all deflection, deflecting the ball to a teammate, for them to make a play, or deflecting (hitting) to a spot the opponent won’t be able to make a play.  There is no point where the ball is at rest — until a point is scored.  There’s alot that can go wrong, and alot that has to go right for a team to succeed.

Interestingly, on Friday, September 9th, highly-regarded Wisconsin lost in five sets to North Carolina, Stanford lost in five sets to Purdue, and Cal lost to West Virginia.  So maybe Penn State’s opponents (e.g. North Carolina and West Virginia) were better than people thought.  Or maybe, just maybe, in the early season, even really good teams (e.g. Stanford) can have down matches.  We’ll see.  Way to early to write this team off.

Let’s start with the 2015 B1G Standings.  Penn State was 4th — not championship level, but not terrible, either.  Nebraska got hot at the right time.  Penn State went cold at critical moments throughout the season.  That’s one way you end up in 4th instead of 1st.

How about statistics like team hitting percentage?  As shown in the table below (all stats are for B1G matches only), Penn State fared pretty well — first in the conference. Eventual National Champion Nebraska ranked 4th.  So, on a statistical basis, Penn State’s performance wasn’t too shabby.

What about opponents’ hitting percentage?  Penn State only ranked #4 in the conference in this category, whereas Nebraska led the B1G.  So, maybe not championship caliber, but definitely not a disaster.

How about blocking? As shown in the table below, Penn State was #1 in the conference in blocking, with eventual NCAA Champion Nebraska #3.  Train seems to be running smoothly here.

What about service aces? The table below confirms that the Nittany Lions, who ranked in a 4-way tie for 8th in this category, really missed Micha Hancock’s serve (She ranked 1st in NCAA D1 aces/set in 2014 (best in the 25 point scoring era, starting in 2008), and she holds both the Penn State and B1G records for aces in a single season (126), and for career aces (380)):

Our take?  On an objective basis, Penn State didn’t match its historical level of success.  But the B1G has improved dramatically in the past several years, starting with the addition of Nebraska, to the rebirth of Wisconsin and Illinois and Minnesota, to greater support at traditionally lesser programs.  You don’t want to be satisfied with a 4th place finish, but 4th in the B1G is nothing to be ashamed of.