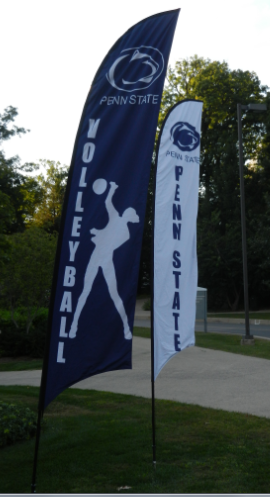 In an interview prior to Penn State’s match with Nebraska last night in Rec Hall, Penn State Head Coach Russ Rose pointed to Nebraska’s #3 ranking in this week’s polls as motivation for his team:

It wasn’t a perfect match for the Nittany Lions (do those exist outside of Fandomania?) — the ratio of service errors-to-service aces was still over 2 to 1, for example — but Penn State showed real fight at a number of critical junctures, most notably when they were down 9-1 in the fourth set, then proceeded to run off eight straight points, then take the lead and hold off the Huskers for a 26-24 win.

The quote of the day is from a post-match interview of Russ Rose by Gordon Brunskill of the Centre Daily Times: 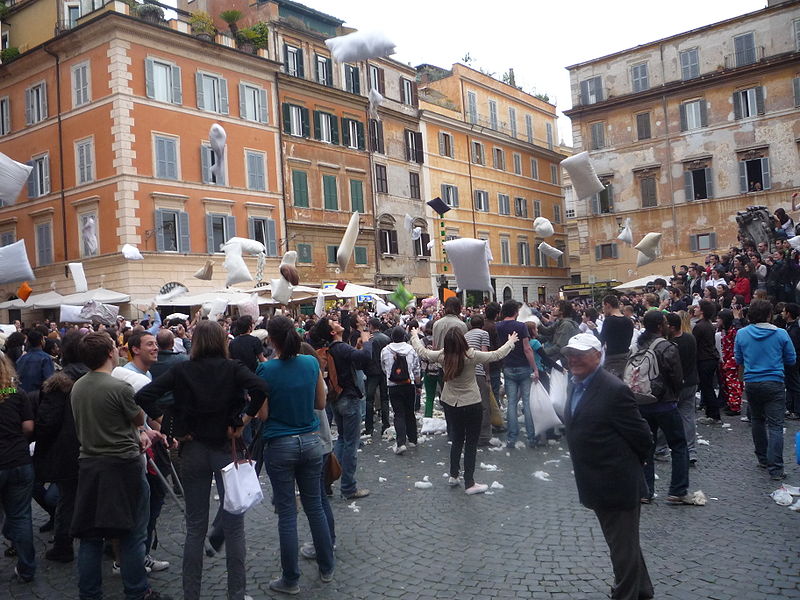 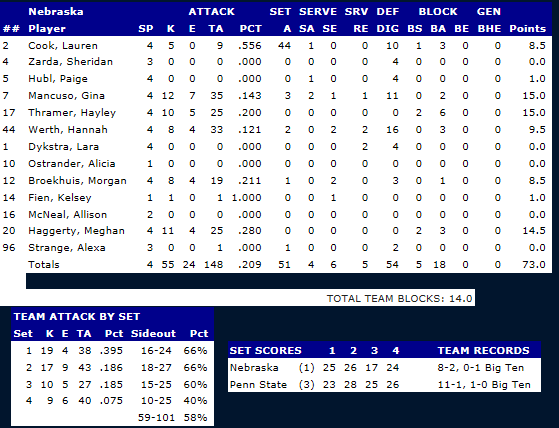 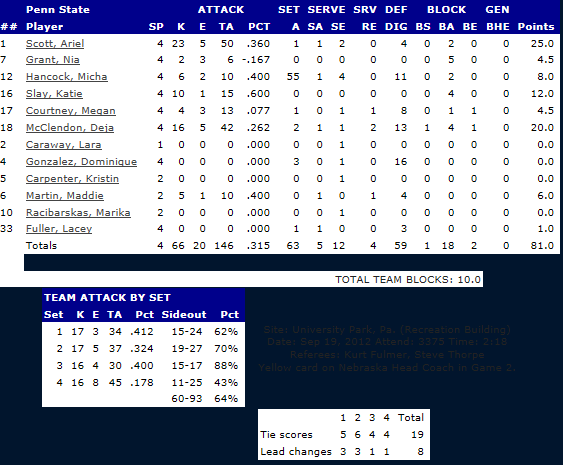