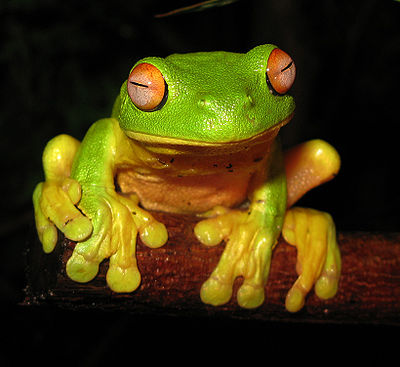 We know Russ Rose is smart, which is why the 2014 pre-conference schedule is constructed perfectly. In addition to facing off against Stanford, arguably (in my opinion — for what that’s worth) the favorite for the national title this year, the schedule also features three more NCAA tournament teams from the 2013 NCAA Tournament (American, which lost in the Sweet 16 to Texas; Kansas, which lost in the Los Angeles Regional Semi-finals to Washington; and Yale, which lost to Utah in a 1st-round match), and four-time NCAA champ UCLA. The schedule is also paced just right—giving the Lions enough time to tinker with a lineup that figures to be fluid for a while.

TCU could pose a potential challenge to the Lions in their opening weekend before the trip to California turns up the heat—and a dangerous weekend also awaits in Villanova, where three teams with a history of upsets or near-upsets are on tap.

Here’s a look at the teams on Penn State’s 2014 pre-conference schedule and how they fared last year.

Notes: TCU took a set off USC and Texas last year. Senior Mattie Burleson led the Horned Frogs in blocks in 2013 (1.07 a set), while sophomore OH Ashley Smith and senior OPP Stephanie Holland figure to be the biggest offensive threats.

Notes: Iona set a new program record for conference wins and appeared in the MAAC championship in 2013 (a five-set loss). Commenting on this year’s schedule, Gael’s head coach Jon Killingbeck says:   “With our non-conference schedule, we look to play teams that jump higher, hit harder, and go faster than what we are going to face in conference. Last year it was Wisconsin, Florida, and Pepperdine and this year it’s Penn State, TCU and Western Michigan.”

Penn State’s record against the Tribe: 10-1

Notes: William & Mary won its first-ever meeting with the Lions in 1976, but hasn’t won a match in the series since—and hasn’t taken a set since 1977.

Penn State’s record against the Cardinal: 8-7

Notes: For all the talk of Penn State’s No. 1 recruiting class this year, keep in mind that Stanford’s top class from 2012 is now reaching maturity, making the Cardinal a formidable threat for national titles in 2014 and 2015.  Those players — 6-3 MB Inky Ajanaku, 6-0 Jr. S Madi Bugg, 6-1 OH Jordan Burgess and 6-3 OH Brittany Howard — are very good indeed, and will help make Stanford by far the toughest challenge in Penn State’s pre-conference schedule. The Lions are 2-1 in Maples Pavilion, but winning against Stanford this year at Stanford figures to be a tall order for a team that needs key contributions from its freshmen.

Penn State’s record against the Bruins: 4-8

Notes: Two years removed from its fourth national title, UCLA had its worst season in history last year—2013 was just the second time ever (1996 was the other) that the Bruins missed the NCAA tournament, and 10th place was their lowest conference finish ever (6th place was the previous low, when the conference had 10 teams). But with the return of senior OH Karsta Lowe, the Bruins aim to make sure history doesn’t repeat itself. And history is on their side when it comes to Penn State: Of all of the Nittany Lions’ competitors in the NCAA era, Penn State has its worst record (4-8) against the Bruins (at 9-13 against Penn State, Nebraska is next in line for having Penn State’s number).

Penn State’s record against the Eagle: 6-0

Notes: American returns most of its core this year, after its most successful season ever in 2013, advancing to the Sweet 16 with sweeps over Georgia and host Duke (its first tournament victories in program history), before taking a set off Texas. The last time American played Penn State was in the opening round of the 2004 tournament, when they extended the 3rd set to extra points (35-33) before getting swept.

Penn State’s record against the Wildcats: 13-0

Notes: Villanova has never taken a set off the Lions — the closest they came was 27 points in the second set in 2002.  Head coach Josh Steinbach is a native of State College, and is a former assistant coach for the Lions. He earned a BA from Penn State in 2002 and was the Club Director of the Lions Pride Volleyball Club from 2001-03.

Notes: Yale took a set off Missouri last year in its pre-conference slate before winning its fourth straight Ivy League championship. The Bulldogs put up a tough fight against Utah in the first round of the NCAA tournament, but failed to advance to face Penn State.

Notes: Kansas is also coming off its best season ever, reaching the Sweet 16 for the first time in program history before falling to Washington. The Jayhawks — who beat Wisconsin in its pre-conference schedule last year with a thrilling five-set win in Madison — are replacing four key seniors from last season, including their setter and libero.

Expect the warm and fuzzies to be in full effect when four former Penn State players return to State College as head coaches to face off against their mentor.

Penn State’s record against the Panthers: 3-0

(Penn State ’04-07) is in her fifth year as the head coach at Eastern Illinois.

Penn State’s record against the Flames: 6-0

(Penn State ’98-01), ignites the Flames as their sixth-year head coach. She was on the floor for Penn State’s first NCAA championship. [Editor’s Note: lionsfan points out that Illinois-Chicago’s mascot is named Sparky D. Dragon, which he thinks is cute . . . but not nearly as cute as Clawed the Eagle.]

Penn State’s record against the Pirates: 2-0

(Penn State ‘86-89), is in her first year at East Carolina.  At Penn State, she helped the Lions to four Atlantic 10 championships, four NCAA regional appearances and a perfect 31-0 conference record.