The Match: Penn State vs. Illinois

Last time we had a lot to regret, but I don’t think we have a lot to regret tonight. . . . We certainly wish we could have that second set back, but we competed and put ourselves out there this time.”

This Friday, the Illini will take on the Nittany Lions in Huff Hall after starting off with a 7-0 record (and a #3 AVCA Poll ranking), before dropping two of their last three matches — a 3-2 heartbreaker to then-#7 (now #4) Nebraska in Lincoln on September 11th (when the Illini were without star Senior All-American OH Laura DeBruler, who was diagnosed on September 7th with mononeucleosis, and without 6-3 Jr. Opp. Michelle Bartsch from midway in the third set, when she left the match with an apparent ankle injury) and a 3-2 loss to Cincinnati  on September 17th in Louisville.

The good news for the 8-2 Illinis — very good news — is that DeBruler has been medically cleared to play on Friday against Penn State.  According to The Daily Illini, Coach Hambly says DeBruler is “good to go, she’s cranked.”  Hambly says that even at 80 percent,  DeBruler is “one of the best players in the country.” 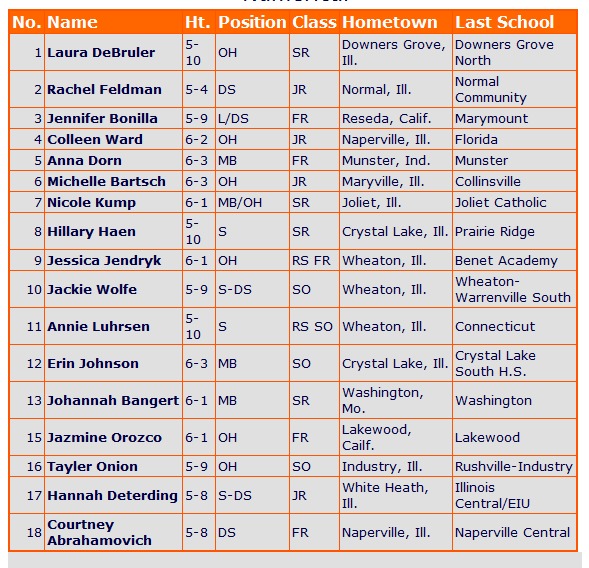 We’ll have in-depth pre-match analysis in our next post, but until then, here are selected NCAA team and individual rankings for Illinois and Penn State as of 9-20-10: 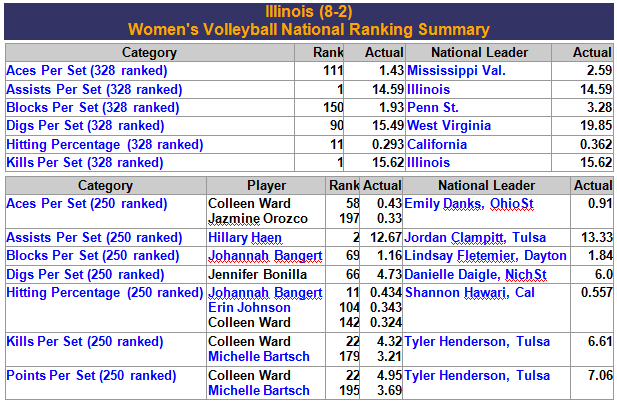 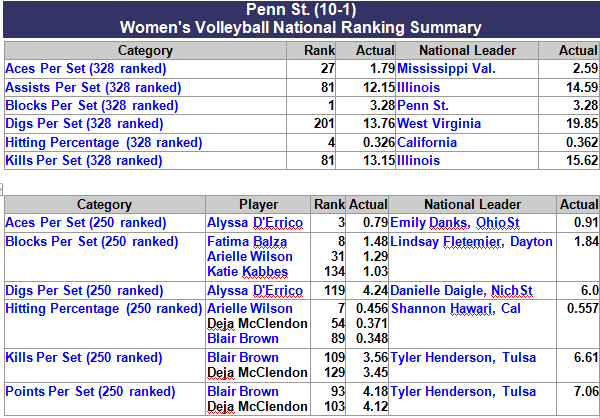 More for nostalgia than for any relevance to the upcoming match with Illinois, here are video highlights from the September 2009 match in Champaign: