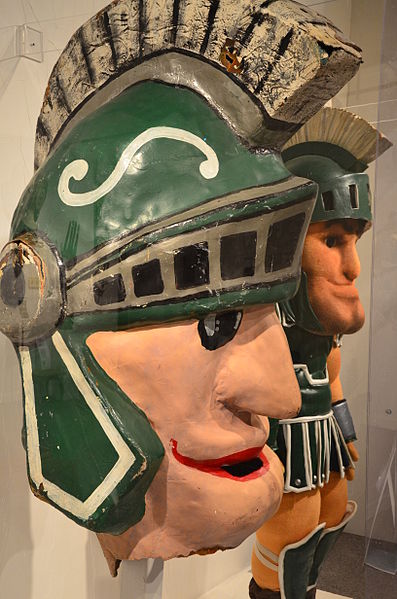 When Penn State and Michigan State meet Saturday night in East Lansing, the Nittany Lions (22-7, 15-4 Big Ten),  will be coming off a 3-1 victory over Ohio State in Columbus and looking for a successful ending to a regular season that had plenty of bumps, but also featured some nice accomplishments, like the come-back win against USC in Rec Hall and the victory over Nebraska.  The Spartans (21-10, 10-9 Big Ten), on the other hand, dropped their Wednesday night match against Michigan (20-11, 8-11),  in Ann Arbor, 3-1, and will be looking for redemption.  Plus, a victorious send-off for their seniors — yes, it’s Senior Night in East Lansing.

Penn State will be looking to 6-1 So. OH Deja McClendon, who registered 15 kills and 16 digs against Ohio State, and 6-6 So. MH Katie Slay and 6-4 So. RS/Opp Ariel Scott, who totaled 12 kills each (Slay’s on .733 hitting!) against the Buckeyes.  6-2 So. OH Maddie Martin continued her her solid offensive play, with 10 kills and a .304 attack %, though she did have three recevie errors in three sets.   The irrepressible 6-2 RS So. Darcy Dorton (who appears to have introduced a new sideline celebration — the “Choir” — which we love), 6-4 Sr. Katie Kabbes,  and 6-5 Fr. OH Aiyana Whitneyalso saw action against Ohio State.

Tonight just wasn’t our night.  There were moments where we seemed timid, and sat back offensively.  We needed to be on the attack from the get go, and be physical all night.  Although we do retain the State Pride Flag, it would have been nice to have pulled out the win, especially this late in the season as we begin looking forward to the NCAA Tournament.  We need to get back at it on Saturday, and make sure we are ready for a tough Penn State team.

For Michigan State, the key concept in that quote may be the importance of playing physical.  Penn State has the size to match-up with the Spartans, but, as Cathy George says (albeit about her Spartans) the Nittany LIons must be on the attack from the get go — take the crowd out of the Senior Night euphoria, and take charge.   It would be nice if 5-11 Fr. S  Micha Hancock  and 5-6 So. L Ali Longo could both run off a couple of point-runs during their serves (hey, it’s the Thanksgiving Holiday, we’re allowed to ask for too much), and if both Deja and A. Scott could have peak performances.  But however it happens, we’ll be happy with a solid performance (OK, with a win that features solid performances, with low-error, efficient volleyball by the Nittany Lions).