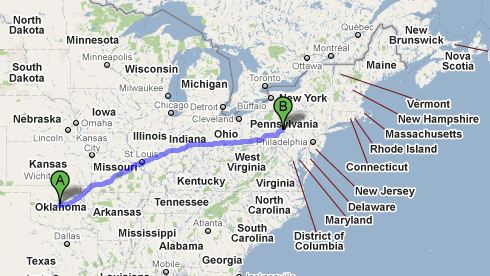 On January 11, 2011, University of Tulsa Director of Athletics Bubba Cunningham announced that Tulsa’s women’s volleyball head coach Ed Allen had resigned to accept the position as head coach of the University of Alabama’s women’s team.  The announcement set off a flurry of speculation as to whether Micha Hancock, a prize recruit from Edmund Oklahoma, would stay at Tulsa (where she had signed a Letter of Intent in November 2010), follow Coach Allen to Alabama, or play for another college team.  Penn State, maybe?

The speculation ended on March 11, 2011, with the news  that Micha was coming to Penn State.  Micha’s volleyball club team —  Oklahoma Peak Performance Volleyball Club  —  confirmed the move in a post on its website:

Micha Hancock will be joining four time National Champions Nitttany Lions and will be attending Penn State University this coming 2011-12 season. Our whole OP2 organization is extremely proud of Micha and wishes her all the best on her new challenges. Micha currently plays on the 18 Smack team.

Who is Micha Hancock? BobPryzybylo, a blogger for NewsOK.com, put it like this in an article posted on December 14, 2010:

If you’ve seen Edmond Memorial’s Micha Hancock play volleyball just once, then you know you have watched something special. And even if you didn’t know who she was coming into the match, you would leave knowing full well who she is.

In addition to her club experience with  OP2, Hancock played for Edmond Memorial High School.  In 2010 she totaled 326 assists, 275 kills, 171 digs, 151 service aces and 41 blocks, with an impressive .598  attack percentage.  In short, she’s a heck of a volleyball player.  As Edmond Santa Fe volleyball head coach Will Etheridege put it in Bob Pryzybylo’s article:

I have been coaching in Oklahoma for 20 years and Micha Hancock is the best all-around player we have ever had in this area.  There is not a weakness in her game. She is a strong setter and hitter and she plays defense extremely well. She is truly an amazing player.

Lots of people have taken notice.  Hancock was the starting setter on the 2010 U.S. Youth Olympics team (one of 12 top high school volleyball players named to the team), which won a Silver medal in Singapore, was named a 2010 AVCA Under Armour 1st-Team All-American, was a 2010 PrepVolleyball.com top-50 Senior Ace, and was the Gatorade Oklahoma State Player of the Year in both 2010 and 2009.

Oh, and she earned a 3.37 GPA  and has volunteered locally as a youth volleyball coach and camp counselor.

Here’s a link to a video interview with Micha from September 2010, after her return from Singapore. She seems like a genuinely nice person. Welcome to Penn State, Micha!