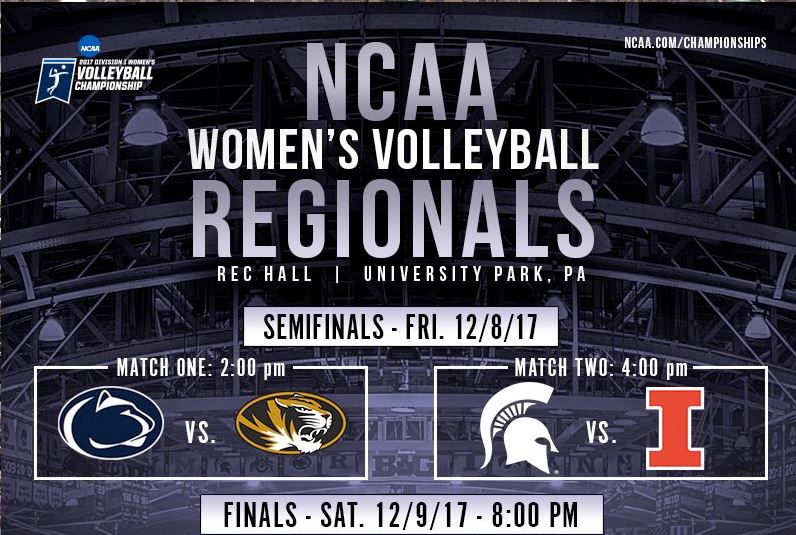 The Lions Have the Horses

In the one-and-done gauntlet that is the NCAA Women’s Volleyball Tournament, it’s down to this: if 31-1 Penn State beats 22-11 Missouri Friday afternoon, then they face off against either Illinois or Michigan State.  If they win that match, it’s on the Final Four.

The Tigers Have Some Tigers 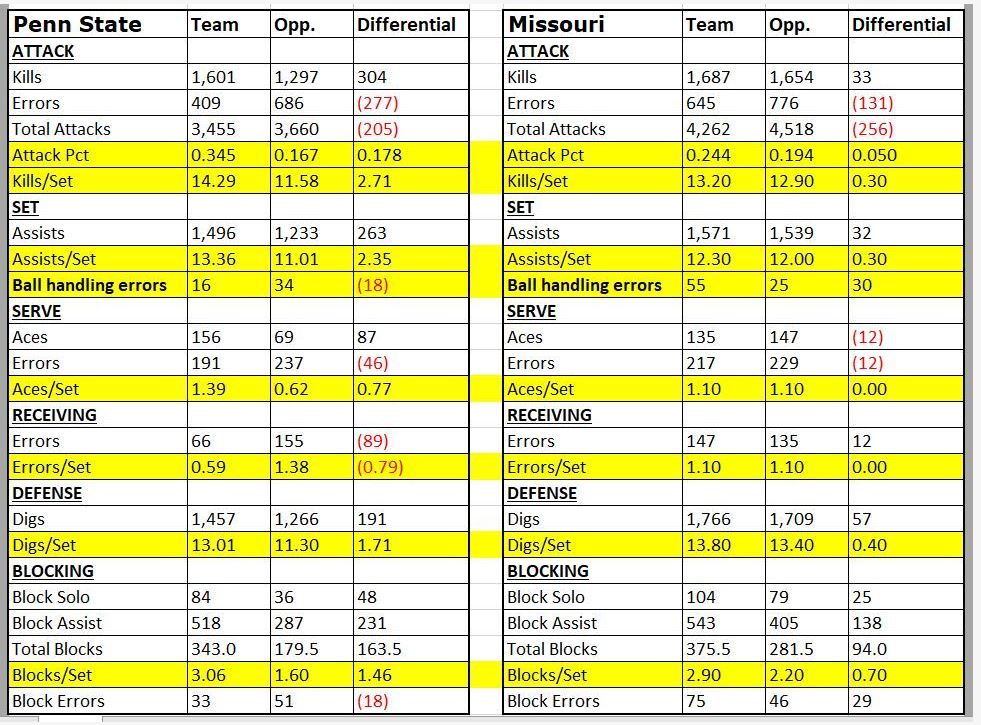 DigNittany:  Your thoughts on the upcoming match against Missouri, and hopefully, a match against either Illinois or Michigan State on Saturday?

Talking Head:  They’ve gone back-and-forth between the 6-2 and the 5-1.  They have Alyssa Munlyn at MB and Kira Larson at RS/Opp that can do some damage.  But I think at this point, for all the teams, you are who you are.  We have a statistical advantage, we have a size advantage, we have an advantage in terms of playing in big matches, and the overwhelming advantage is playing on our home court.  I think the Rec Hall crowd is going to be very difficult for a team like Missouri that hasn’t played a lot of matches in a Big Ten-type environment.  When you go into a gym in the Big Ten — whether it’s Minnesota or Nebraska or Wisconsin or Illinois or Michigan State or whomever — that’s a different animal from what most teams outside of the Big Ten are used to playing in.  I wouldn’t say Penn State will make quick work of Missouri, but I expect us to handle that team pretty well.  I think the girls are fired-up.  Putting aside the Penn State rooting interest, the second match is intriguing.  It could go 3-0 — for either team.  It could go 3-2 — for either team.  It could be one of the best matches ever.  It could be one of the worst matches ever.  I don’t really know.

DigNittany: We’ve talked about this before, but any thoughts about Penn State playing a team for the third time in one season (which will be the case in the Finals if Penn State defeats Missouri, regardless of whether their opponent is Illinois or Michigan State)?

Talking Head: Given how good the Big Ten is as a conference, and how many teams got into the Tournament, it wasn’t just possible that this might happen, it was probable that it would happen.  The seniors on Penn State have seen some of the Michigan State players, and some of the Illinois players, six or eight times in Big Ten play along — and probably several more times in club play in some instances.  Even though players grow, improve, change over time, there’s still a level of familiarity.  These players know each other pretty darn well.  I believe Penn State will come into the match, look at the players on the other side of the net, say “OK, this is the task at hand.”  And they’ll take care of business.

DigNittany:  Penn State placed six players on the AVCA Northeast Region team — five on the first team.  Did that surprise you?

Talking Head: Not at all.  This team is 31-1!  They have dominated over the course of the season.  And their statistics reflect that.  They should be recognized that way.

DigNittany: Again, thanks so much for your time.  We really appreciate it.