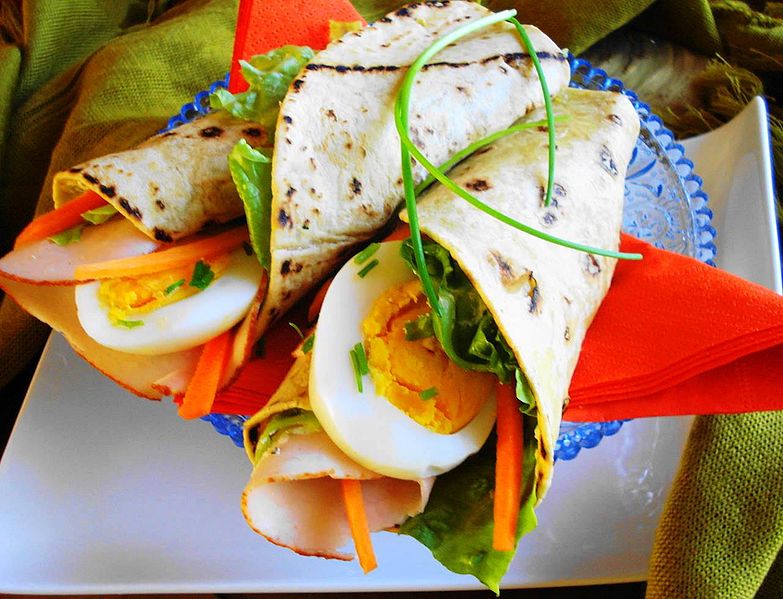 By Megan Woodward, The Daily Collegian

There was no denying Micha Hancock as she helped lead the Penn State women’s volleyball team to yet another clean sweep.  The second-ranked Penn State (18-2, Big Ten 9-1) women’s volleyball team earned its ninth straight win with a 3-0 victory over Iowa on Saturday night.  Coach Russ Rose praised Hancock for her performance, as she guided the team’s offense to a .458 hitting percentage with 36 assists and matched a season-high mark with eight aces.  “When her serve is on, it gives us the best chance to play at the highest level,” Rose said.

For the complete article by Megan Woodward, Click Here.

Reserves Get to Shine in Win

Kelly Robertson had appeared in just one set all season when coach Russ Rose inserted her in the match late in the final game against Iowa. The freshman lined up on the outside and delivered three of Penn State’s final five points including the game-winning kill as the No. 2 Nittany Lions swept the Hawkeyes in three sets. Rose hasn’t gone very deep into his bench this season with five All-Big Ten players in the Lions’ starting lineup. But in Saturday’s rout of Iowa, Rose gave some of his reserves and younger players a shot. Sixteen different players saw the floor.

“That’s the ideal situation, when you put people in and they play well,” Rose said. “Everybody that was cleared to play, played. It was an opportunity where these guys work hard in practice and we want to get them the opportunity to play in front of their family and friends, I thought they did a nice job.”

For the complete article by Wynton Jake Somerville, Click Here.

Hawkeyes Fall to No. 2 Penn State

UNIVERSITY PARK, Pa. — The University of Iowa volleyball team fell 3-0 to No. 2 Penn State on Saturday night in Rec Hall. During the action, outside hitter Alex Lovell became the 17th player in Iowa volleyball history to reach the 1,000 career kills threshold.

“It’s a great accomplishment for me, but I think it speaks more for the team for giving me the opportunity to get my 1,000th kill,” Lovell said. “My thanks and gratitude goes out to them.”

Hawkeye Erin Radke opened set one with a kill to give Iowa the lead, but Penn State followed with a 16-4 offensive surge to pull ahead. Radke used her second and third kills of the set to break up the Nittany Lion scoring drive, while Rachael Bedell and Alessandra Dietz each added one kill to make it 17-5. An additional Rake kill, a Penn State error, and a Radke and Erin Leppek combination block rounded out scoring for the Hawkeyes in set one, as the Nittany Lions collected the 25-8 win.

As highlighted in the Stat Wrap, below, all three teams, and their individual players, are among the leaders in the B1G in multiple statistical categories (overall statistics) in the B1G: 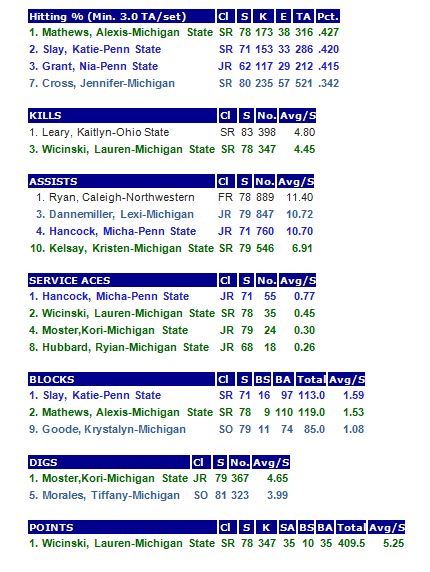