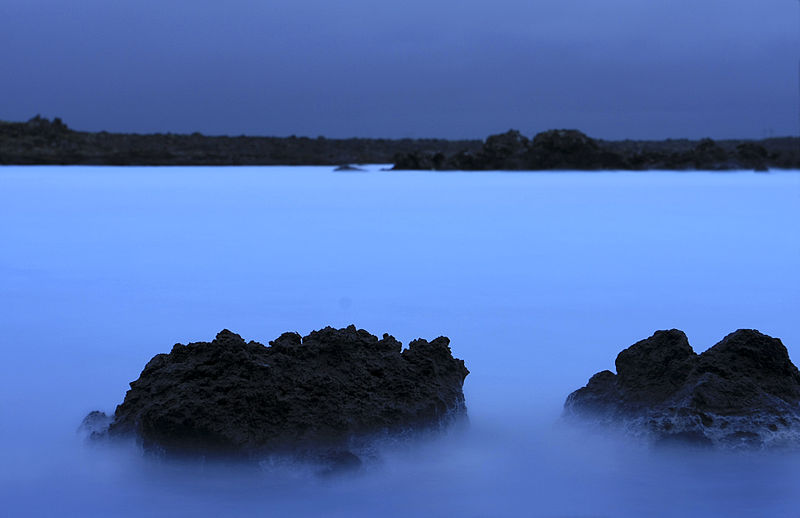 This photo has nothing to do with the Michigan match, but it is blue, and we like it

Every team is extra fired up when they play us, so you just have to match people’s energy and commitment to the event.  I thought that [Saturday] we controlled the first two games and then Michigan played a little harder.

In the fifth set, Penn State gathered itself, and closed out the match 15-10.  On the subject of fifth sets, mgoblue.com had this to say:

Michigan is the only team in the Big Ten to take Penn State to five sets in the first half of the conference season. Penn State had only lost three sets in Big Ten play coming into tonight’s match.

We were relieved to read this, as it meant that all our angst about the near-loss/great comeback against Illinois in what we thought was a 3-2 Penn State win on October 6th was over nothing.  Penn State must have defeated the Illini in straight sets (or else it won 3-1, and either Indiana, or Iowa, or Nebraska must have gone down in straight sets.)  Color us relieved! 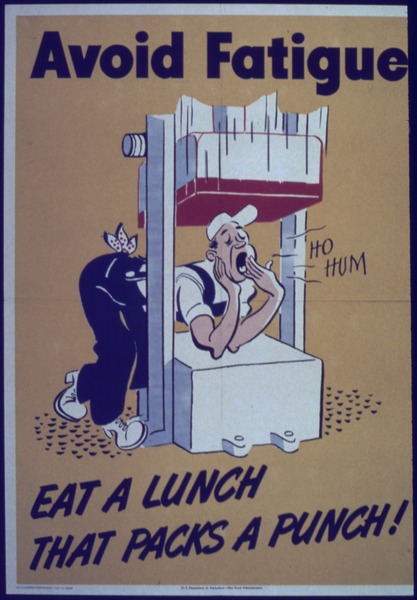 OK, admit it, if you’re a Penn State fan, you’re probably spoiled by the Nittany Lion’s success from 2007 through 2010.  You watch each match at least hoping for, if not expecting, a straight-sets victory, and if the Nittany Lions go to five sets — particularly against a “weaker” opponent, well, you’re tied up in knots.

Oh, and yes, some sleep, meals (see poster above), and more travel and more matches.

Without making any excuses, it’s understandable if, from time-to-time, for part of one match or another, for one player or another, fatigue sets in.  And, as a result, a win isn’t as clean and quick as we, well-rested fans, might wish. 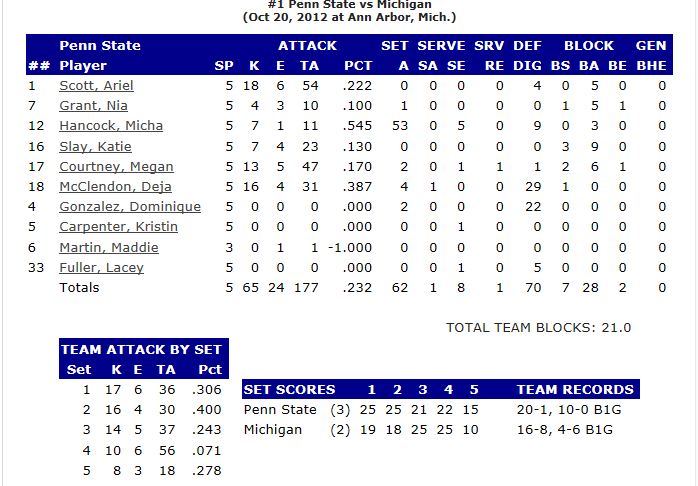 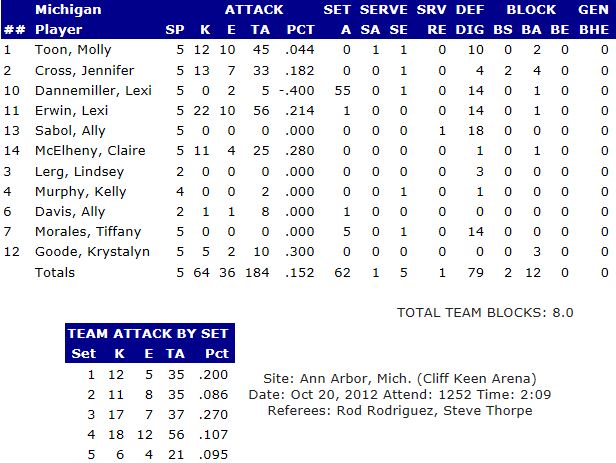