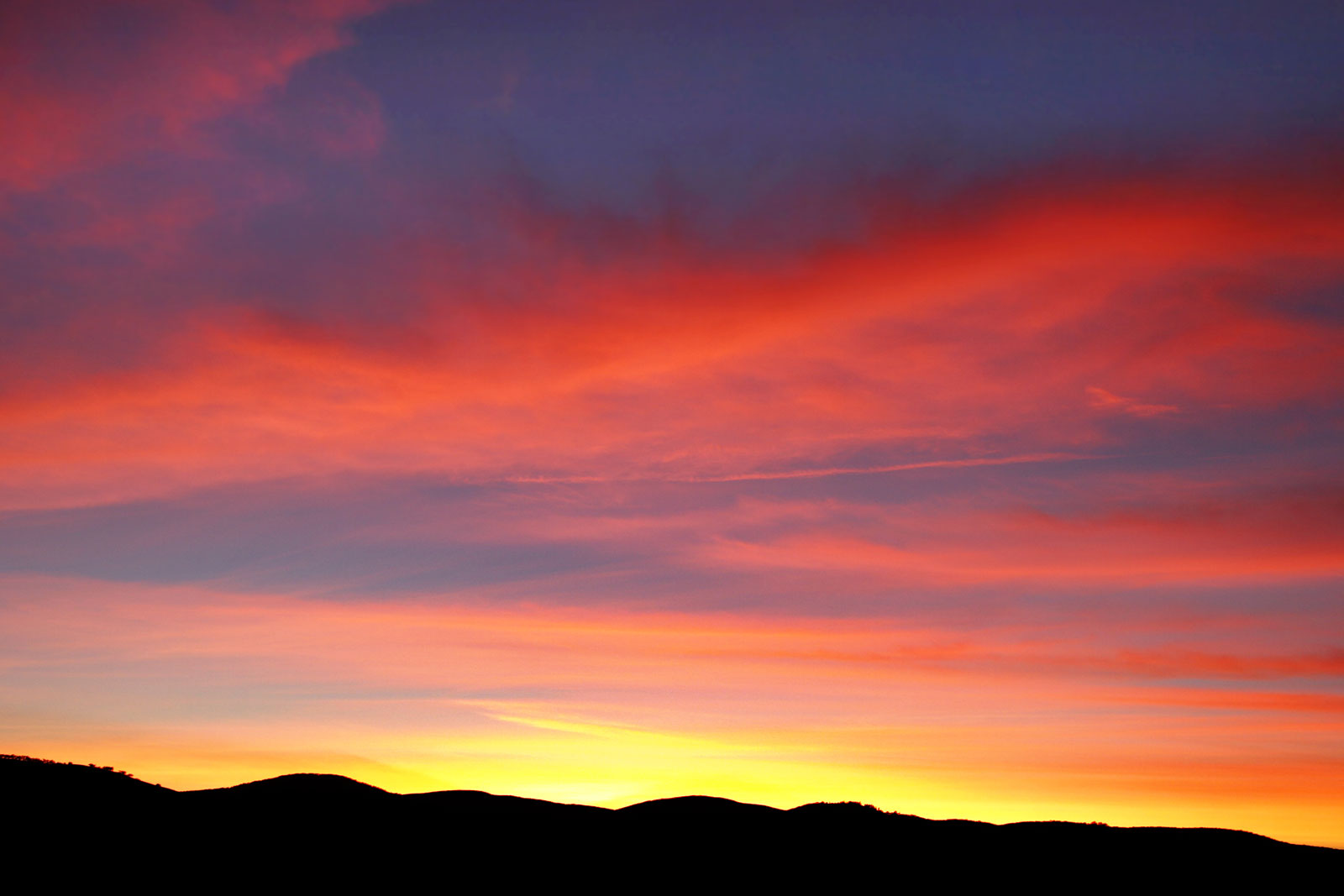 “One of the good things is when you lose and you have a match [the next day], you either play better or you don’t.  If we play like we did this evening, then we’ll have a good chance to lose again tomorrow.  Players have to come ready to play and they have to compete, and they have to do the things they do well, and recognize that tonight the other team was better than they were, in all facets.”  Coach Russ Rose, after the loss to Nebraska, Friday, September 22, 2017

It was a typical Big Ten match, where you have to play every rally, every game, because the opponents are skilled and the coaching is good.  So I thought it was a good match for us.  Coming off of yesterday’s match [against Nebraska], we needed to play better in a few areas, and I thought we played better in a few areas.  But we also identified that we have a number of things we still need to work on.  But I’m pleased.  I thought Heidi [Thelen] , after having a tough match last night, came in today and made a good contribution, and I’m pleased that that happened.  I think Bryanna [Weiskircher] setting the ball, has a good idea of what we want to do and had a couple of good runs with the serve.  She’s hoping I forget the missed serve at 22-22.  And in about 10 to 15 years, I will.  [Laughter.]

I think we started the match doing what Nebraska did with us yesterday.  We served well, and passed with confidence, and played the game in a more confident manner.  We hit .370 in the first game, and I just thought we served and passed well.  And in the second game it kind of flipped a little bit.  Iowa is very good.  We saw them early in the year play against Stanford, and they competed very hard against the defending National Champion.  I knew that we would have a tough match here, and an even tougher match when we go to Iowa in a couple weeks.

They scored well — they hit .350 in that game.  In the other three games they hit .189, .140 and .100.  That was a big factor.  And we missed a couple of serves.  In rally scoring, if you get a two or three point lead, it’s tough.  You can’t go for a field goal.  Every play matters.  I’m happy we won the last game, because we could still be out there playing right now.  Iowa didn’t look like they were getting tired.  We’re going to have a situation where every two teams we play on weekends, I don’t think they’re spending as much time preparing for one team as for the other team [Penn State’s traveling partner is Rutgers.]  So I think we’re always going to be getting people’s best effort.  [Iowa] was here in State College in the middle of the second game.  So they were resting and we were trying to undo a tough night.

I thought what happened was a great learning thing, at least for our players.  She went in and missed her serve, so that was disappointing.  But then she made a great defensive play, and we converted it to get a good swing and get a point.  You can’t get upset about making a mistake.  You have to get the next ball and be ready to play.  I like how she plays.  I like her whole personality.  She’s just a fun kid.  I’m favor of Emily, if that’s her name.

On the performance by Iowa’s 6-3 Taylor Louis, who transferred from Marquette

I thought she was exceptional.  She had 17 kills and hit .350 and has done the same thing with other teams.  It’s not a surprise that good players are going to score against us.  I’ll be surprised if she’s not recognized as one of the top outside hitters in the conference as the season progresses.  And I thought Claire Sheehan played was very good.  She’s a young lady we were familiar with in the recruiting process.  I really like how hard she plays the game.

On Haleigh Washington’s performance for the weekend

I didn’t think Haleigh had a great weekend.  I don’t know if she was distracted — it was her birthday. . . .  She needs to play a lot better for us.  If she’s going to get all the attention and all the recognition, she needs to play better.

What’s the mindset you to have after suffering your first loss of the season?

I thought Nebraska played really well.  They’re very good.  There are three teams playing college volleyball right now [with players who] have experienced winning national championships — Stanford, Nebraska and Penn State.  I’m disappointed in how we played last night, but I respect the fact that Nebraska’s always going to play hard.  I respect the fact that Stanford’s always going to play hard.  West Virginia took Texas to five games today [Penn State swept West Virginia early this season.]  Rally score is tough.  If you’re not ready to play, you have a good chance of getting beat.  Obviously I didn’t have the players ready to play last night.  We had a great crowd, and great energy in the building, and there just was a misconnect.  So we’ll try and work on some things and see if we can fix that a little bit.

Grit and determination.  She did have a rough night last night.  It’s a new day.  It’s a new day for everybody.  It doesn’t matter how you performed the night before, it’s coming out and playing your hardest and doing what you can to help the team.

On the mindset following the loss to Nebraska

Coach has always drilled into our heads that everyone in the Big Ten is really good, and that every match is just as important as the last one.  So it doesn’t matter what team you’re playing, you have to give it your all not matter what.  Because who knows, down the road, Nebraska could lose a match and then we’re back to being tied.

On her focus after the Nebraska match

You can’t let it get in your head — like Coach Rose says, you can’t let a loss beat you twice.  My teammates have my back.  I have confidence in my ability, and so does Coach.  Otherwise he wouldn’t put me in.  Having my teammates, not having all the pressure on me.  I thought everyone did a good job tonight.

You can’t just keep dwelling on a [loss.]  That game’s over so it’s a new day, it’s a new opponent.  We won’t be able to have success in the future if we keep worrying about the Nebraska match.  Obviously, we have lots of things to work on from that match, and now we can.  I think we can improve the rest of the season.

How did the Heidi Chant [after Thelen scores] start? 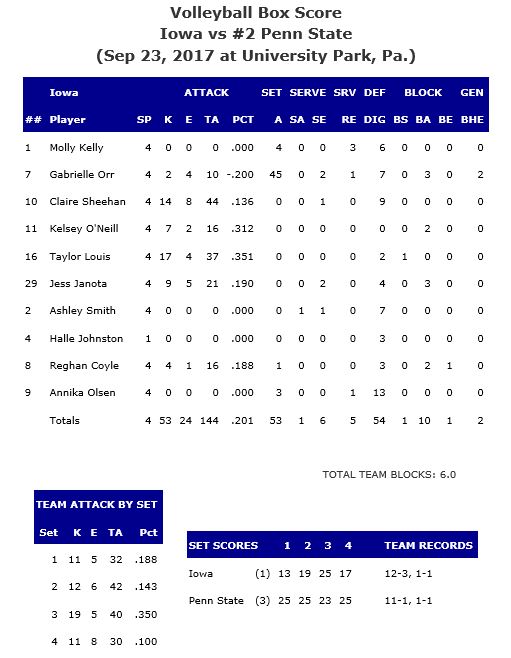 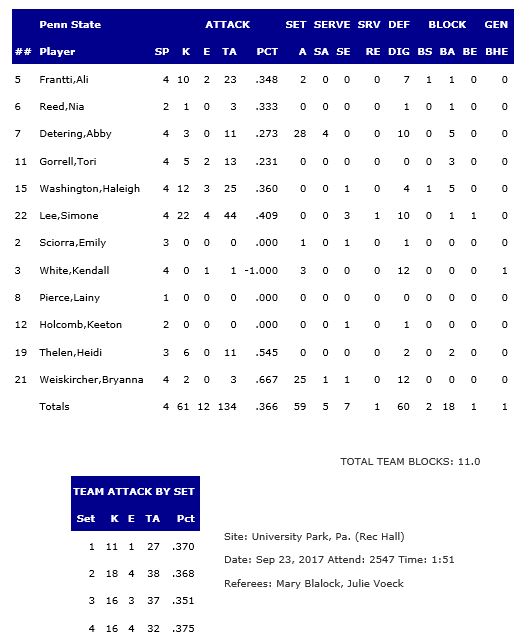