The Penn State Women’s Volleyball team downed #-2 ranked Texas in straight sets (25-22, 25-21, 25-22), but even though it was a sweep, it wasn’t an easy victory.  All three sets were back-and-forth affairs, with the Nittany Lions pulling away in the end.

Ariel Scott’s 12 kills were tops on the team.  Deja McClendon’s 11 kills were second, followed by 6-2 Fr. OH Megan Courtney (photo below left, courtesy of GoPSUsports.com) with eight.  Micha Hancock had another solid match, registering 34 assists and five kills (she now has 22 kills for the season, with zero attack errors, for a team-leading .550 attack %).  5-6 So. DS Lacey Fuller (photo below right, courtesy of GoPSUsports.com) had a team-leading nine digs, followed by Courtney, who totaled eight.  6-6 Jr. MH Katie Slay led both teams with four blocks, followed by Courtney with three. 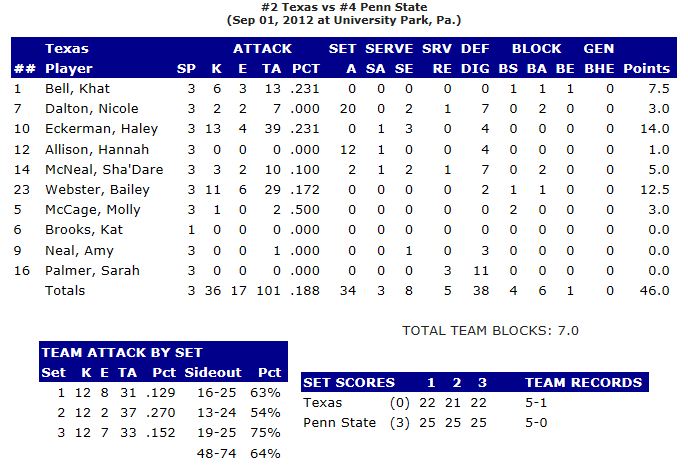 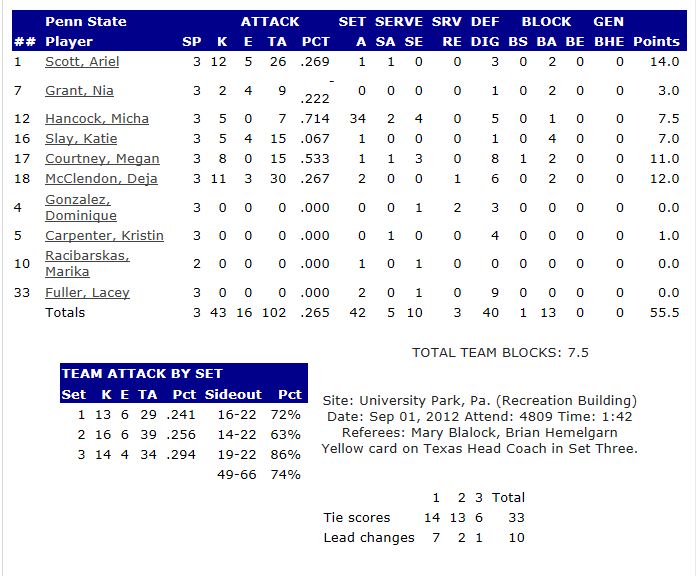