The good news?  Penn State defeated Minnesota this afternoon 3-1 (25-19, 19-25, 26-24, 25-20) for its third victory over the Golden Gophers this season, which allows them to move on to the Final Four in Louisville next Thursday.   The bad news?  They’ll be facing an extremely talented and very hot Oregon team, which bounced back from an opening set 25-15 loss to Nebraska to win the next three sets and a Semifinal match against the Nittany Lions. 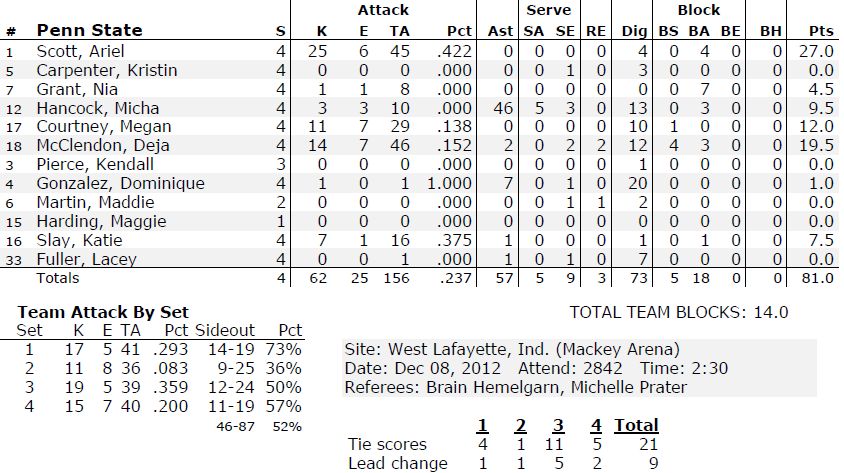