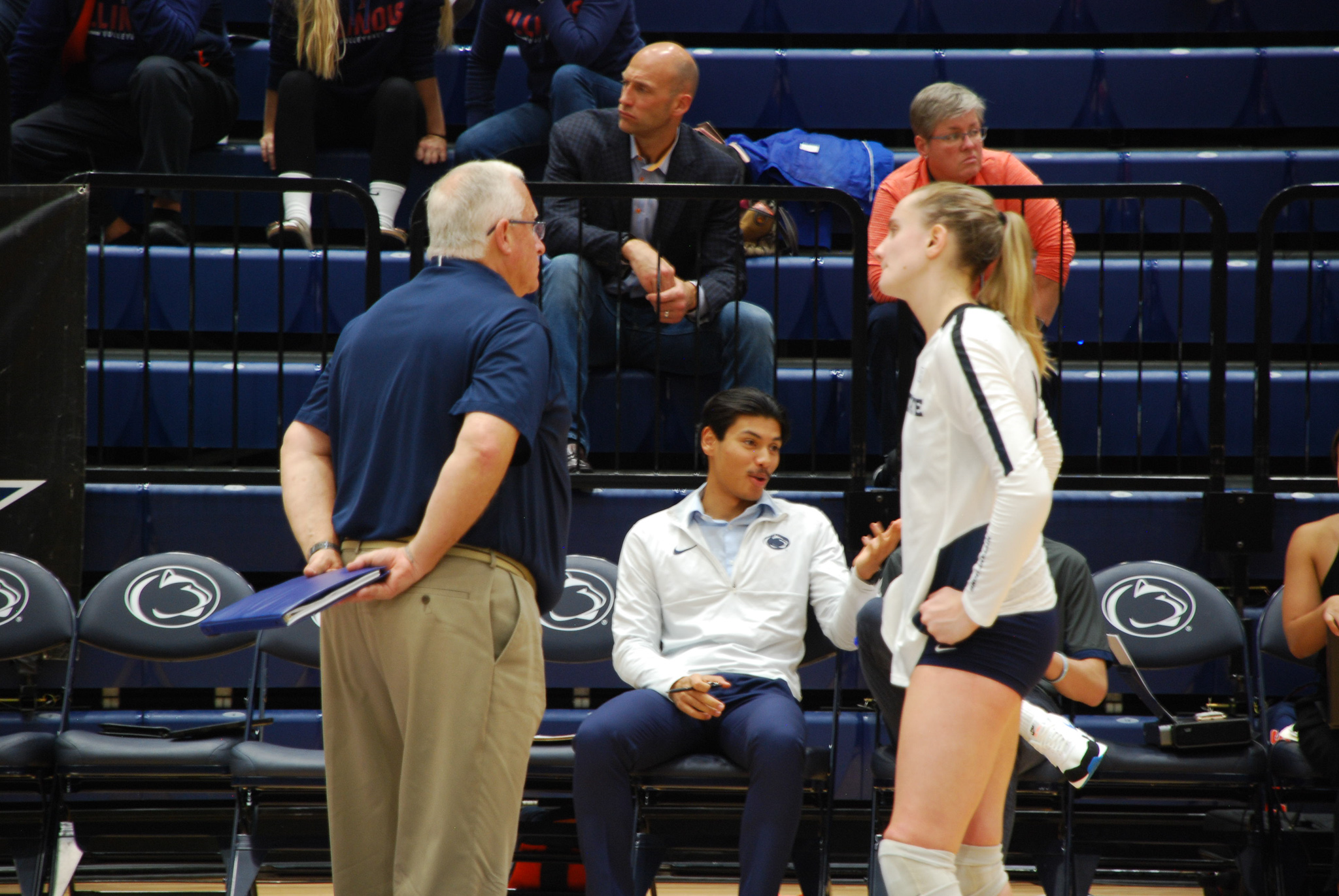 I generally don’t like writing columns, because I think forcing hot takes and assuming everyone always wants to hear your opinion are two of the dumbest things about journalism.

Even though I’ve only been paid for roughly two dozen of the more than 1,000 articles I’ve written since beginning college, I honestly don’t care, because I loved every second of it. And I had to practice that often so I could get the majority of my terribly written and horribly constructed articles out of the way before anyone took my work remotely seriously (if anyone does now).

I never took journalism classes in high school or worked for my school paper, but the places I’ve had a chance to go the last few years will be etched in my memory forever. And it’s all because of this career/hobby I’ve chosen. The 2017 Rose and Fiesta Bowls and the 2016 Big Ten Championship were far and away my favorite trips from college, among many other great times spent on the road with friends.

However, I felt compelled to write this column because some recent synchronicities in my life have taught me that love — in all its forms — is the ultimate, most profound feeling and realization there is. After years of doubt and pain (both physical and mental), I know unconditional self love is what I need to tap into.

During my senior column for Onward State, an independent, student-run news organization at Penn State, I discussed how drinking more than enough water, incorporating a daily yoga practice, and picking up a late minor in sociology were easily three of the best decisions I ever made in college — among many dumb decisions.

When I joined Onward State in the fall of 2015, I was still very much a novice in terms of knowing what it takes to craft a readable, digestible, and hopefully somewhat insightful article — one with bite-sized, stirring quotes, and all the other bells and whistles — like a proper lede and nut graf, which asks, “Why should I care?”

The awesome part is that there’s always so much more to be learned. Anyone who calls themself a master, especially in this field, has it all wrong. Values and best practices change all the time if you’re paying close enough attention and don’t allow yourself to become lazy and out of touch with the times.

I’ve learned so much from mentors who were younger and far older than me. I have to thank them for everything they’ve done for me. If you’re reading this, you know who you are.

I recently listened to an interview with Matty Healy of the British band The 1975 where he enlightened me to the Japanese art of wabi-sabi or imperfection. I’ve also read that Native Americans will purposely stitch a mistake into their rugs because only god is perfect.

I read the other day that the human brain has not evolved enough to be able to compute gigantic numbers like a billion in a rational way. In the same sense, you can spend your entire life learning and still not come close to scratching the surface of everything there is to know.

I believe everyone is born to do what they’re compelled or called to do — kind of how priests, preachers, or monks are called to their particular religious ways of life. You just know it in your gut. Settling for anything less feels inauthentic and may even make you physically ill after enough time has passed.

Growing up in the State College area, I’ve been privileged to go to hundreds of Penn State football games and countless other intercollegiate sporting events at one of the all-around best universities in the world. It’s crazy to think about all the incredible opportunities available in this town. I’m beyond blessed to be a Penn State alumnus. The friends I met here and some of the things I’ve learned are priceless.

Having the chance to converse with some of the best coaches in college athletics and pick their brains is so much fun. I can’t wait to get back to Rec Hall (whenever that time comes) for more Tuesday media availabilities and postgame pressers — if everything isn’t conducted on Zoom, which is entirely possible.

Heading into my sixth season covering Russ Rose and the Penn State women’s volleyball program, I look forward to hearing his insights on the team’s opponents and his own players.

By now, I’ve learned he prefers to talk about them and not his own accomplishments — of which there are many. He could become the first NCAA volleyball coach to win 1,300 career matches as soon as Penn State’s season opener.