This match may support an argument against automatic qualifiers (which Binghamton was).  Then again, tell that to the Binghamton players, for whom participation in the tournament, and playing against the #1-ranked Nittany Lions, will be a lifetime memory.

Penn State scored the first 22 points in set two, with Micha Hancock serving 21 straight points, before an error ended the streak.  If that seems like alot, it is:  The NCAA record for consecutive points served is 22 (Chelsea Gebben, Mercer vs. Savannah State, October 13, 2006).

It broke down like this: Binghamton had the first serve, and Deja McClendon responded with a kill.  Hancock then reeled off three straight service aces, followed by two more kills by McClendon.  Kills by Ariel Scott, Nia Grant, and McClendon, plus two more service aces by Hancock, and Binghamton was down 12-0.   Another Penn State kill, and six consecutive Binghamton errors, and Penn State had a  19-0 lead.  Hancock’s streak reached 21, then an error gave Binghamton the serve,  Chelsea Gebben’s record was safe.

It’s clear this was a mismatch, but one thing that shouldn’t be overlooked is that Binghamton played hard.  In the first set, they were only down by 10-8 early on.  The Bearcats were led by Sr. OH Iva Partaleva’s six kills and Jr. DS Xiomara Ortiz’s seven digs. 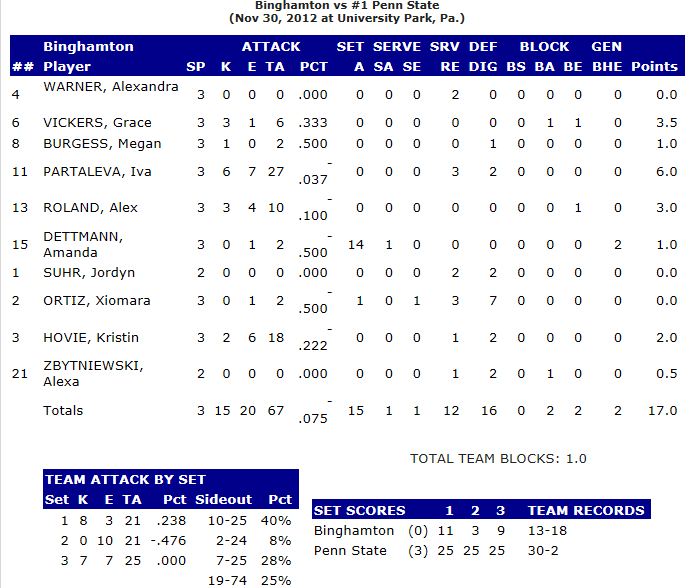 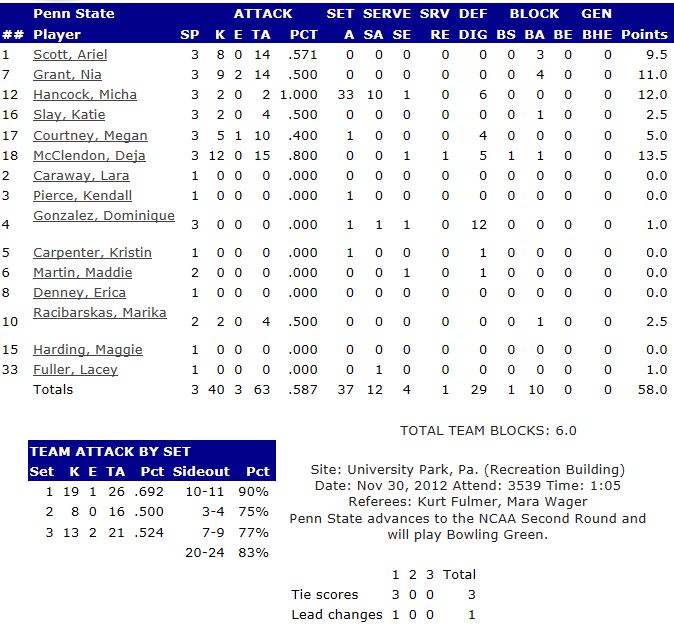