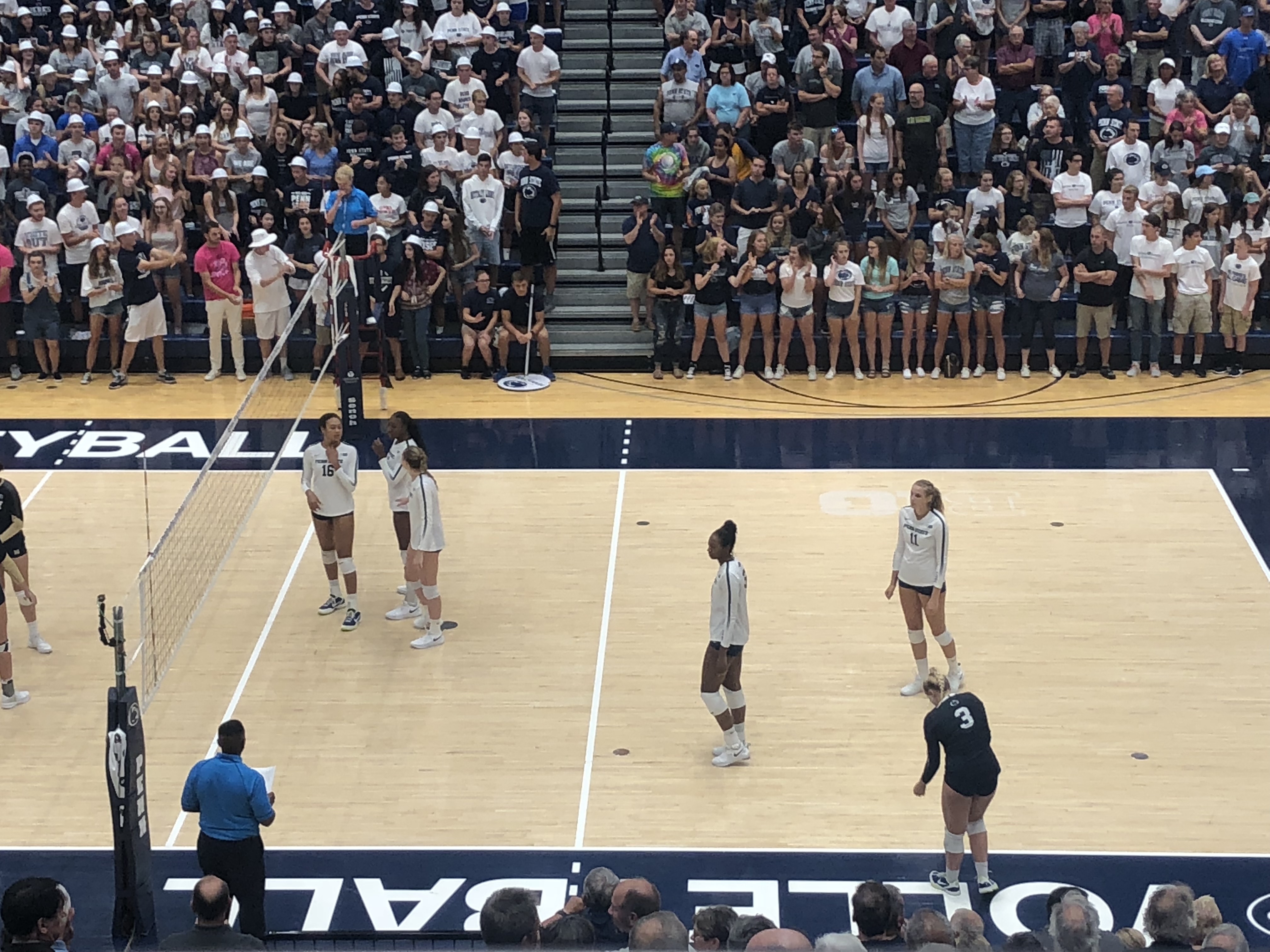 Senior outside hitter Nia Reed led the team in kills with nine against the Bison. It was a balanced offensive outing for Russ Rose’s Nittany Lions, as the team hit .351 in the sweep.

Allyson Cathey and Serena Gray were excellent in a reunion with alumna Blair Brown Lipsitz, who is in her fourth season as head coach of the Bulls. Cathey and Gray both set new career highs with 13 and 11 kills, respectively.

Penn State surprisingly lost the third set to American and had its hands full with the Eagles in the fourth, but freshman right side Jonni Parker come up clutch with a career-high 17 kills. Bryanna Weiskircher was also tremendous in the 3-1 win, dishing out a season-high 48 assists and tying her career high with five kills. Kendall White had 36 digs over the weekend.

The Nittany Lions (9-1) begin conference play Wednesday at No. 7 Minnesota. The match will air live on Big Ten Network at 9 p.m. ET.