In preconference tournaments, where teams play two matches in a day, the better teams typically play the lesser team in the matinee match, and then take on the better team in evening main event.  On Saturday, both Hofstra (matinee) and Syracuse (evening) gave Penn State some problems, but Hofstra was the only team in the Syracuse classic to take a set off of the Nittany Lions, as they fell 3-1 (25-21, 22-25, 25-12, 25-11). 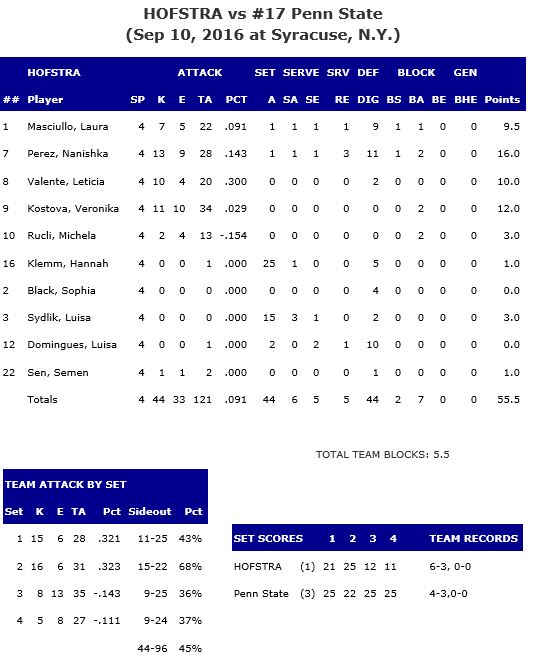 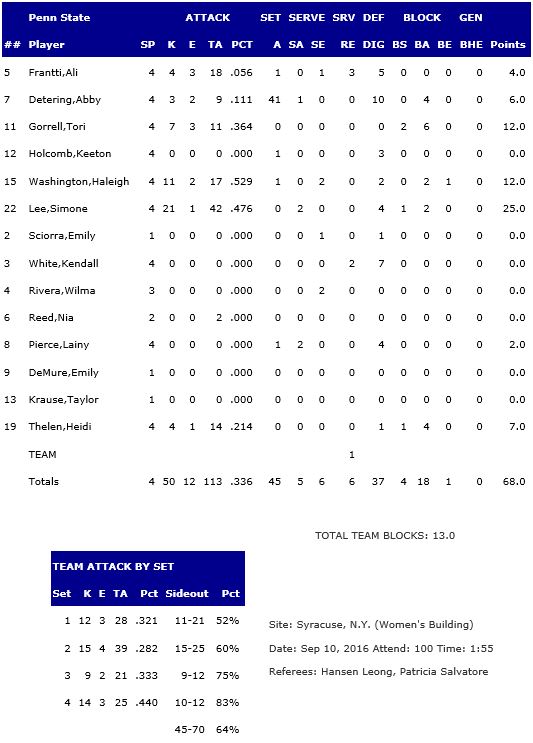