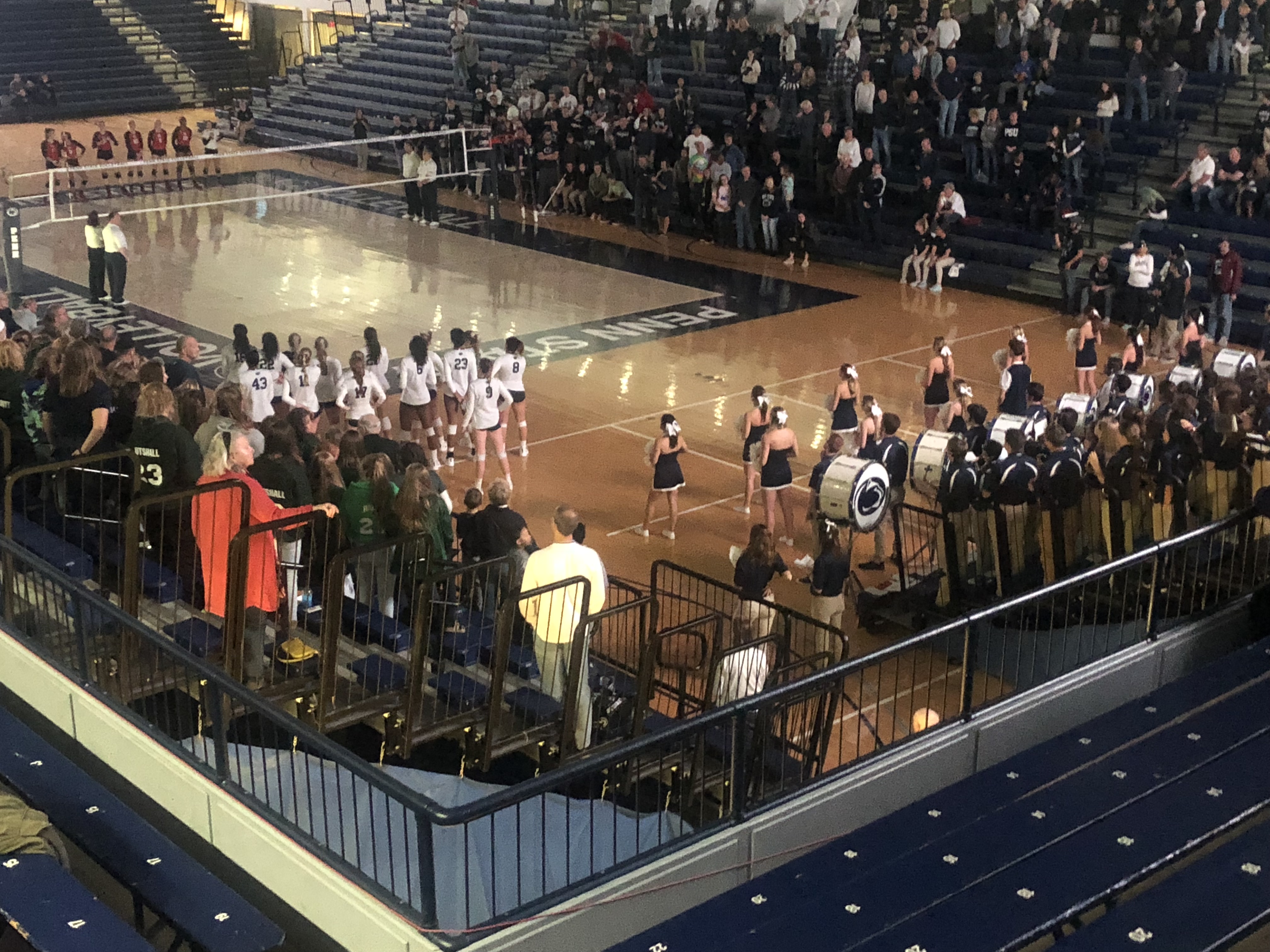 Nia Reed and Jonni Parker combined for 21 kills in the victory — Penn State’s seventh straight in Big Ten play. The Nittany Lions (16-3) hit .542 as a team in a somewhat lopsided first set. They travel to Piscataway Saturday to face Rutgers again at 7 p.m.

After missing the last two matches, Hord got the start at middle blocker against the Scarlet Knights. Head coach Russ Rose was diligent about getting her some rest and gave Gorrell plenty of playing time. Gorrell finished with five kills (.429) and two blocks.

“I didn’t think that we would be as flat after the first game, but practice over the last couple days wasn’t great. When you have a lot of young people, that’s a lot of ups and downs. I thought we had a lot more downs than ups from some specific players, but that’s how it is. Some days people play great and some days they’re having a hard time getting out of their own way.”

“I thought they warmed up and they were playing a lot better. I thought we played really well in the first game and hit .500. Other than the fact that we missed three or four serves, I thought we were doing a real nice job controlling the ball. We hit .100 in the next game and then in the third game they started to take some good swings and control the ball better. Any team can win deuce games. We had two deuce games with Nebraska a couple days ago. The home team wins a good number of those, sometimes by skill, sometimes by will, and sometimes by luck.”

“Over the course of the years that I’ve been here, when I’ve had mature teams, they were able to handle those sort of challenges and that’s what made them mature teams. This team is really just filled with so many young people who don’t know what they don’t know, that it’s hard to predict on a day-to-day basis what you can get in a level of performance and energy.

“I think that was as much the factor tonight as anything else. We made a lot more errors per game today than we did against Nebraska. If we’re making a lot of errors, we’re increasing the risk of losing, regardless of who the opponent is.”

“Tori just has a lot of energy. We’ve been together for a few years now, so we’ve been able to run a few different things that we can’t necessarily run with some of the younger kids, just because we haven’t had that ridiculous amount of time that we’ve had together.

“If I tell her she’s running this, I know she’s already going to be there and don’t have to worry about it. Her energy and her confidence when she does go to swing and takes a rip at it — and then when she gets the kill and she’s just bouncy and giving high-fives — that’s really important to have.”