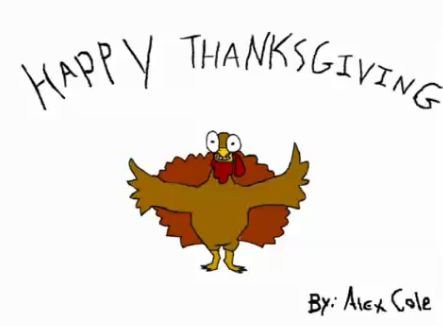 Penn State ( 22-7, 15-4 Big Ten) started off slowly Wednesday night, dropping the first set to a determined Ohio State squad 23-25.  The next two sets were equally close, but the Nittany Lions won both — 25-22 and 25-23 — before pulling away to take the fourth set 25-13.  But a significant factor was that Ohio State’s Mari Hole didn’t play after set 2 and that Barhorst was out most of sets 3 and 4.  Our understanding is that Barhorst sprained her ankle and Hole was ill.  It was a tight match as it was (until the fourth set), and if those two players had been available for the Buckeyes for the entire match, it might well have been an Ohio State victory.

Below are the statistics for the match — right after the Turkey Dance video! 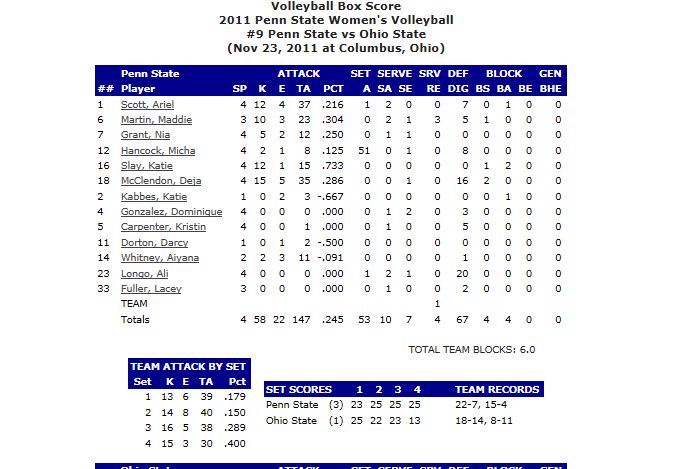 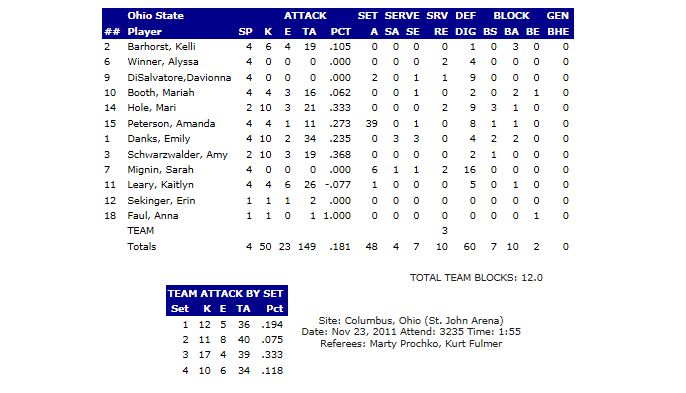