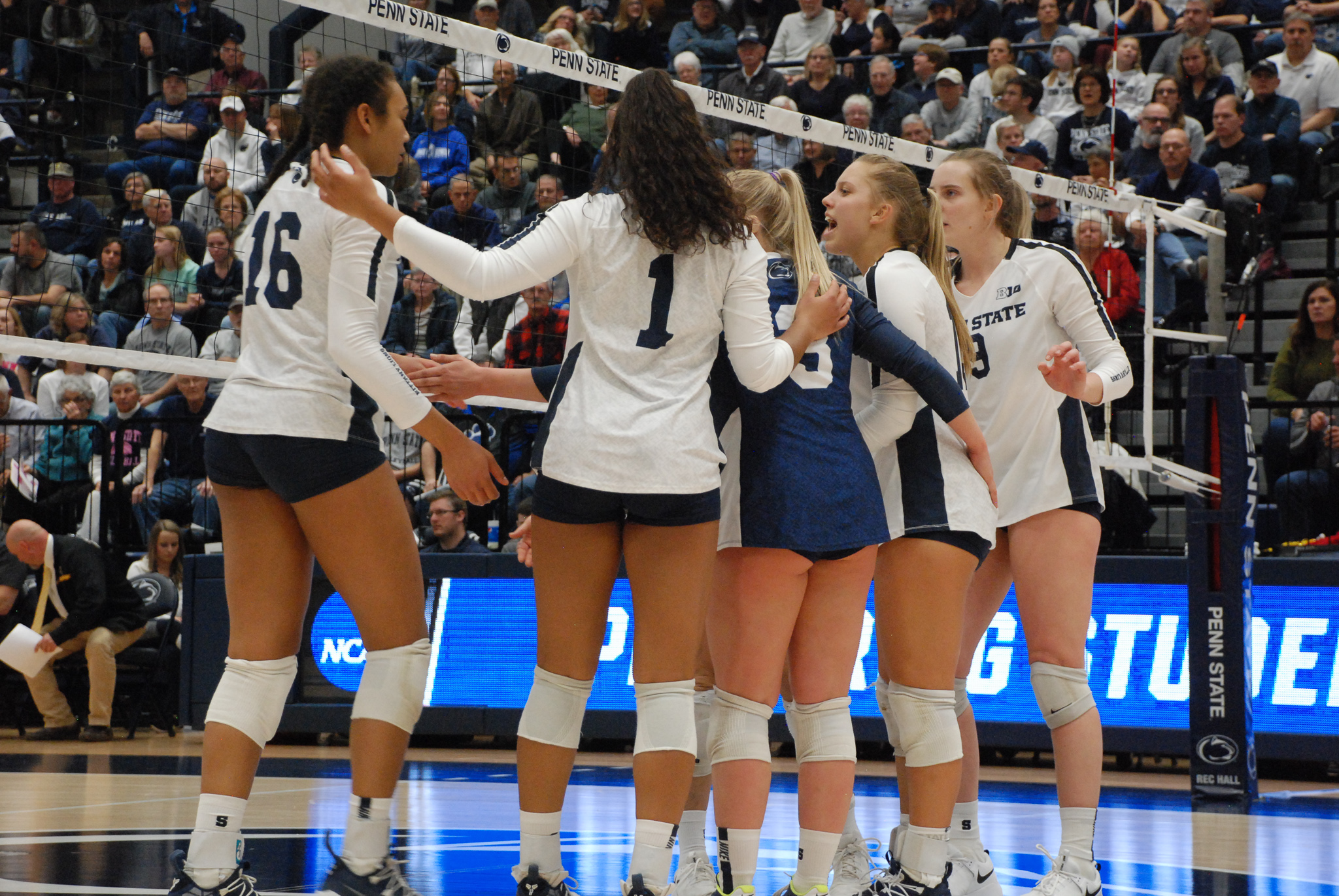 This week, we’re taking a look at these three to see what kind of players the Nittany Lions will be getting in 2021. Next up is Richmond, Virginia, native Quinn Menger, who committed to Penn State on September 16, 2019. You can read our articles about Muisenga here and Starck here.

Menger had attended summer camps at Penn State since she was 11 years old, so when Russ Rose and the coaching staff finally presented her a scholarship offer, it was the realization of a dream long ruminated over by the 5-foot-11 setter.

“I was considering Ivy League schools and a couple ACC schools, but Penn State really stood out to me because it was my dream school ever since I was a little girl,” Menger said. “It was a dream come true to have the opportunity to be a future Nittany Lion.”

Menger took her official visit to campus September 13-14, 2019, alongside Muisenga, who she would soon join in Penn State’s 2021 recruiting class after announcing her commitment a couple days later. Menger and Muisenga were in attendance for the Big Ten/Pac-12 Challenge at Rec Hall, which saw the Nittany Lions lose to Stanford in four sets and sweep Oregon the following night.

“I got to watch Stanford play Penn State in front of almost 6,000 people, which was awesome,” Menger said. “And the Pitt football game was that weekend, too, which was so fun. My host, Molly [Russell], was really honest and super sweet.”

Menger, who led St. Catherine’s School to the state semifinals last season and also stars for Richmond Volleyball Club, could fill a variety of roles once she arrives at Penn State next year. She’s played at the varsity level since she was in eighth grade.

“Quinn is a great player,” Muisenga said. “She is tough and plays great defense. I love her energy on the court.”

Gabby Blossom and Emily Oerther will both have eligibility remaining when Menger enrolls, so it will be a challenge to earn playing time as the setter as a freshman. However, she could certainly come off the bench as a service/defensive specialist like Blossom did in 2018.

Ever humble, Menger deflected when asked what her strengths are as a player.

“I think trying to point out strengths would be difficult, because I would say nothing,” Menger said. “I’m always trying to continue to further my game, because I know my club coaches, future coaches, and myself are constantly seeking progress.”

Menger and Starck, a 6-foot-2 outside hitter from Colorado Springs, Colorado, have yet to meet in person, but the former had plenty of time to get to know Muisenga while they were in town last September.

“Personally, I’ve never seen either one play, but Rachel was there on my official visit weekend and she was super sweet,” Menger said. “I’m so excited to play and get to work with her.”

Although the Nittany Lions routinely have double-digit states represented on their roster during a given season, Rose hasn’t recruited many players from Virginia in recent years. Defensive specialist Emily Sciorra, who will graduate in a few weeks after wrapping up her playing career this past season, hails from Chantilly.

Menger also discussed her goals for the coming year as she continues preparation for college and the rigors that come with playing in the Big Ten — the toughest conference in Division I volleyball. Considering the tradition of excellence Penn State has built under Rose’s watch, especially at the setter position, Menger could not be better equipped to capitalize on her dream.

“I think some goals for me would be to finish junior and senior year strong, buy winter clothes for Happy Valley winters, and win a state title in high school,” Menger said.

Coming from a family of coaches, one would expect Menger’s volleyball IQ to be particularly high for her age, and they would be right. She’s spent countless hours in the gym honing her fine-motor skills and absorbing as much as she can from a strategy standpoint.

“Growing up, both of my parents were coaches, so I always looked up to their players and how much fun they had. I wanted to be them,” Menger said. “My first walker was a ball cart, so I guess I practically grew up on the court.”