To the delight of headline writers everywhere, Penn State bounced back Saturday night with win over Wolverines

Is the PSU Women’s Volleyball Team on course for smooth sailing?

In an interview with Jon Wheel of the Daily Collegian, Penn State Head Coach Russ Rose praised McClendon, who recorded 15 kills and 13 digs:

I thought Deja had an exceptional match, the best match she’s played in a long time.  I’m happy that she was able to bounce back after a tough evening last night.

(For the complete article from the Daily Collegian, Click Here.) 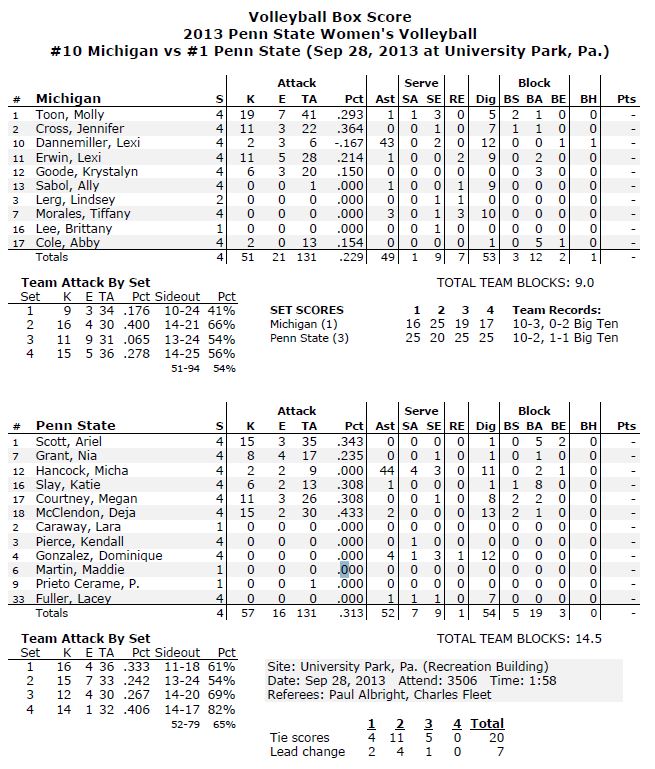