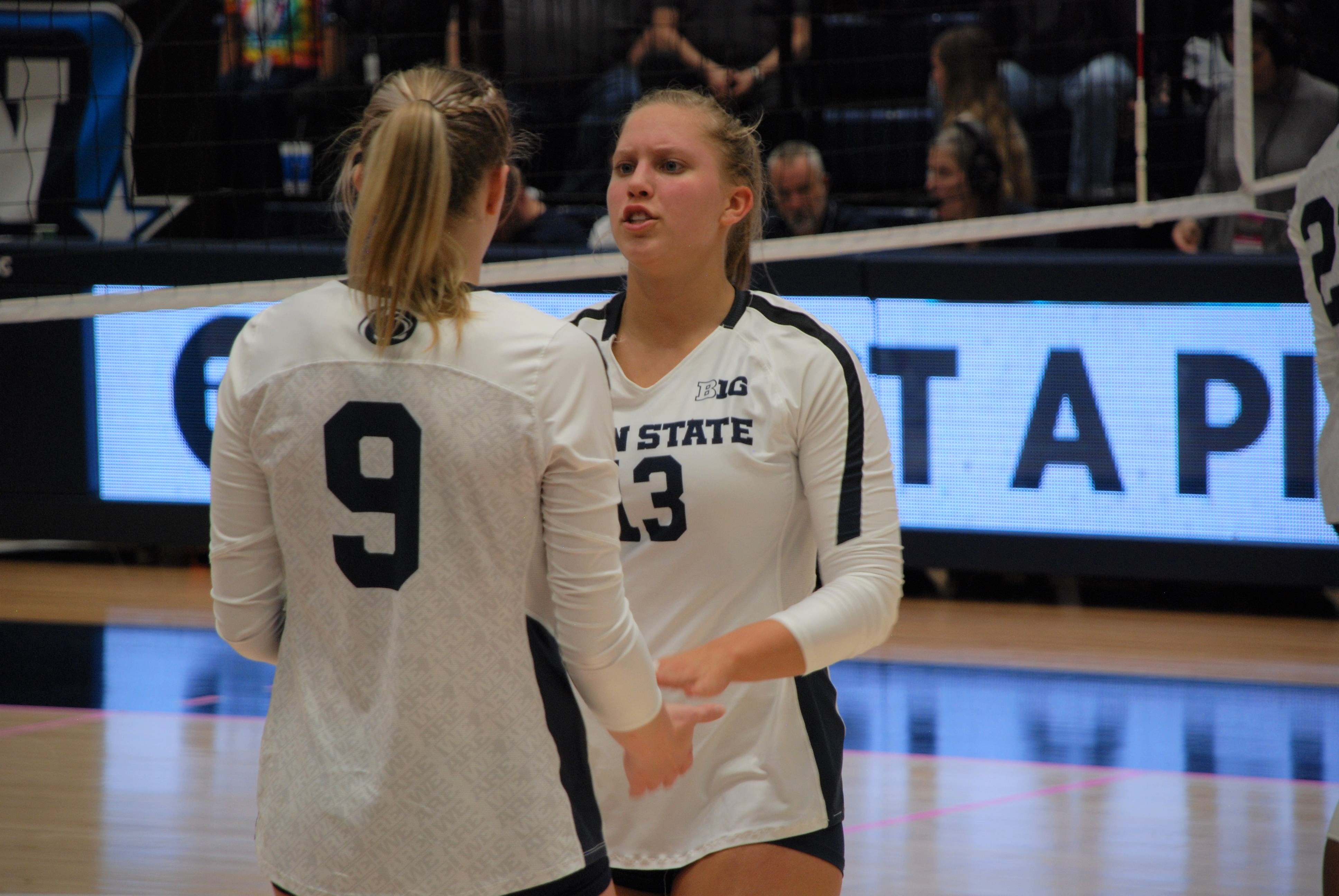 With Allyson Cathey back in the lineup after missing the last two matches against Maryland and Iowa, head coach Russ Rose ended up starting six sophomores and senior libero Kendall White. Both teams entered Saturday’s match — the only regular season showdown between these two historic programs — with a 17-3 record on the season. Nebraska wore its black alternate uniforms, so the Nittany Lions broke out their home white jerseys.

Penn State started strong despite the loud environment, but the Cornhuskers relied upon lefty outside hitter Jazz Sweet to help them take the first set following Keeton Holcomb’s service error. Four Penn State players hit negative in the first set, but the Nittany Lions turned things around and reinvigorated their offense in the second set thanks in large part to the excellent play of Jonni Parker and Tori Gorrell, who combined for 15 kills through the first two sets. Interestingly enough, neither team recorded an ace until Parker made it 5-3 Penn State in the fourth set.

Penn State won one of the most exciting rallies of the night to take a 18-15 lead in the second set and would go on to win the frame in emphatic fashion to tie the match up. After dropping the next set, Penn State came up clutch to force a fifth frame thanks to a Serena Gray ace late in the fourth set and two more from Holcomb, who also had a season-high 11 digs.

Freshman outside hitter Madi Kubik, who was one of four Nebraska players with double-digit kills, won the match for the Huskers despite a great effort from the Nittany Lions down the stretch. Lexi Sun led all players with 20 kills but also conceded 11 attack errors. Gabby Blossom showcased her incredible range all night against the Huskers and finished with 49 assists and 13 digs for her seventh double-double of the season. Blossom made more than a few ridiculous plays to keep the ball alive.

Parker also had a double-double with a team-high 16 kills and 10 digs. Five players reached double-digit digs for the Nittany Lions, including a team-high 17 from White, but it wasn’t enough to fend off the home team in what was the fourth straight time this series has gone to five sets. Gorrell trailed just behind Parker with 12 kills in the loss, which gave Nebraska a 22-11 lead in the all-time series. Cathey and Kaitlyn Hord had nine kills apiece, while Gray chipped in eight of her own and tallied a team-high seven total blocks. Jenna Hampton scooped up a career-high 15 digs and added two assists in her fifth start of the year.

The Nittany Lions (17-4, 10-2 Big Ten) return to Rec Hall next weekend for a pair of home matches against Indiana and Purdue Friday and Saturday night, respectively.