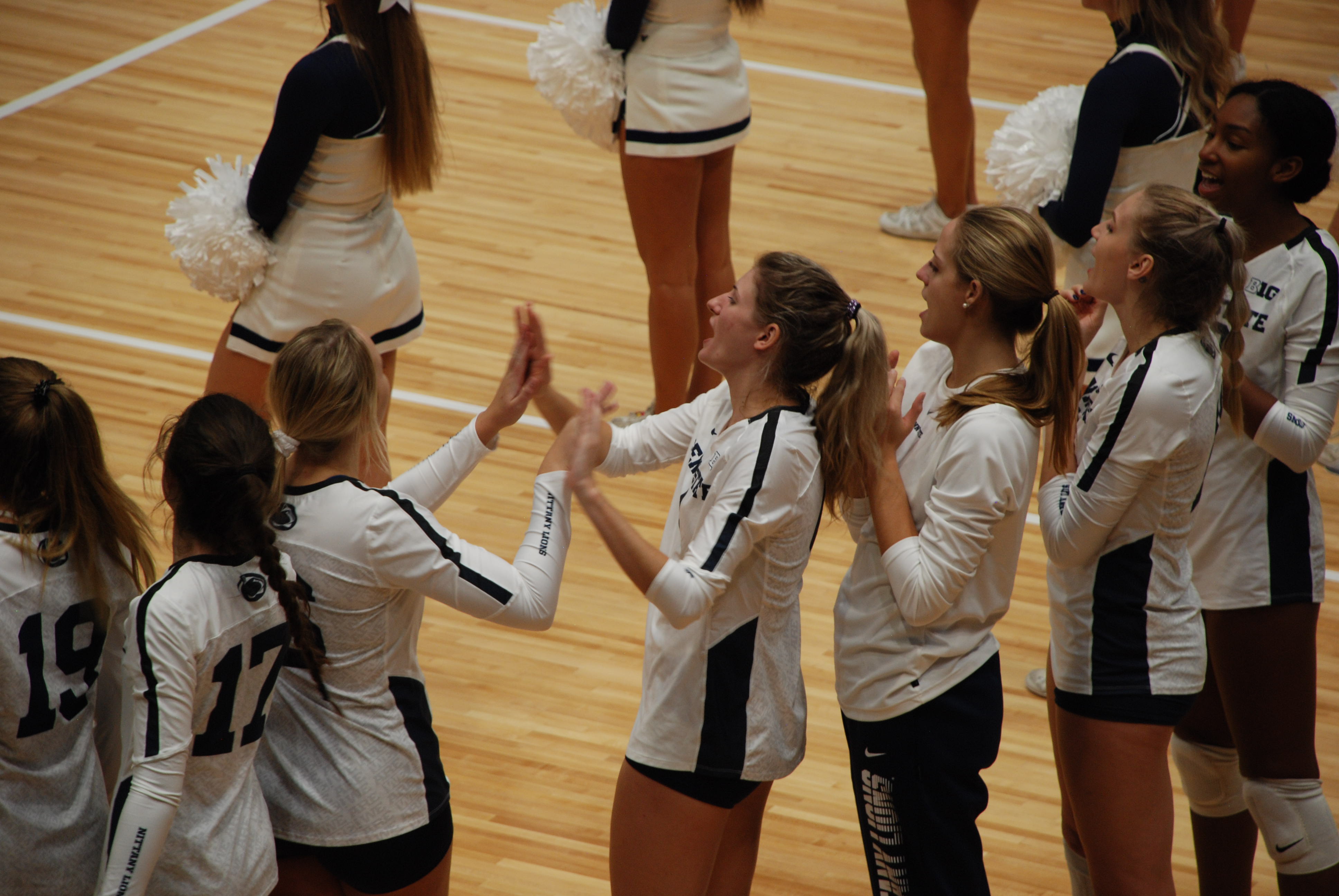 The Cyclones jumped out to a 15-9 lead in the first set before Penn State stormed back to eventually tie things up, 20-20, thanks to consecutive kills from Serena Gray. Kaitlyn Hord and Jonni Parker also delivered key kills down the stretch before an Iowa State attack error ended the set.

The next two sets presented less of a challenge for the Nittany Lions, who hit .326 as a team and outblocked Iowa State 5-3. Gabby Blossom found a rhythm distributing the ball to Hord, Parker, and Gray most often Friday night on her way to a match-high 32 assists. The sophomore setter also added seven digs, two blocks, and a service ace in the win.

Although she tallied six kills, Allyson Cathey also had five attack errors against the Cyclones. Although Coach Rose’s starting lineup has remained unchanged throughout the first four matches of the season, there were fewer substitutions Friday than during the Penn State Classic. Only defensive specialists Macall Peed, Jenna Hampton, Keeton Holcomb, and Emily Sciorra saw action off the bench against the Cyclones.

Senior libero Kendall White finished with a season-high 13 digs, three assists, and one ace in the victory, which helped Penn State improve to 2-0 in its all-time series against Iowa State. Hord led the team with a match-high 12 kills on a .647 hitting percentage, while Parker and Gray combined for 19 more.

The Nittany Lions (4-0) return to Hilton Coliseum Saturday at 3 p.m. ET for their first match versus LSU since a five-set win over the Tigers in Baton Rouge in 2006. LSU was dormant Friday in Ames, Iowa, because it will play the hosts on Sunday afternoon.

It’s our first match on the road.  It certainly was a match where we showed alot of areas where we weren’t real strong at the beginning.  We made alot of errors in the first game. We made less errors as the match progressed.  I thought we made a number of mistakes at the end of the second and third games, when we had sizeable leads.  Playing on the road is different than playing at home and certainly playing a team from a Power Five conference is different than playing the teams we played last weekend.  It’s a learning experience for some of the players — some of them haven’t played alot.  I thought Kaitlyn [Hord] and Serena [Gray] did a nice job.  Jonni [Parker] scored well.  And Kendall [White] as always, plays really hard in the back row.

Did the tempo of Iowa State’s offence affect the team on defense?

They go fast, but they’re young — they’ve got some growth to do, the same as we do.  Again, 3/4ths of our team are freshmen or sophomores.  Both teams will make progress and I’m sure will stumble along the way.  That’s part of how seasons go.  The top teams don’t really have those dips .  They have the ability to stay at a high level for an extended period of time.  Other teams seem to have alot more highs and lows. 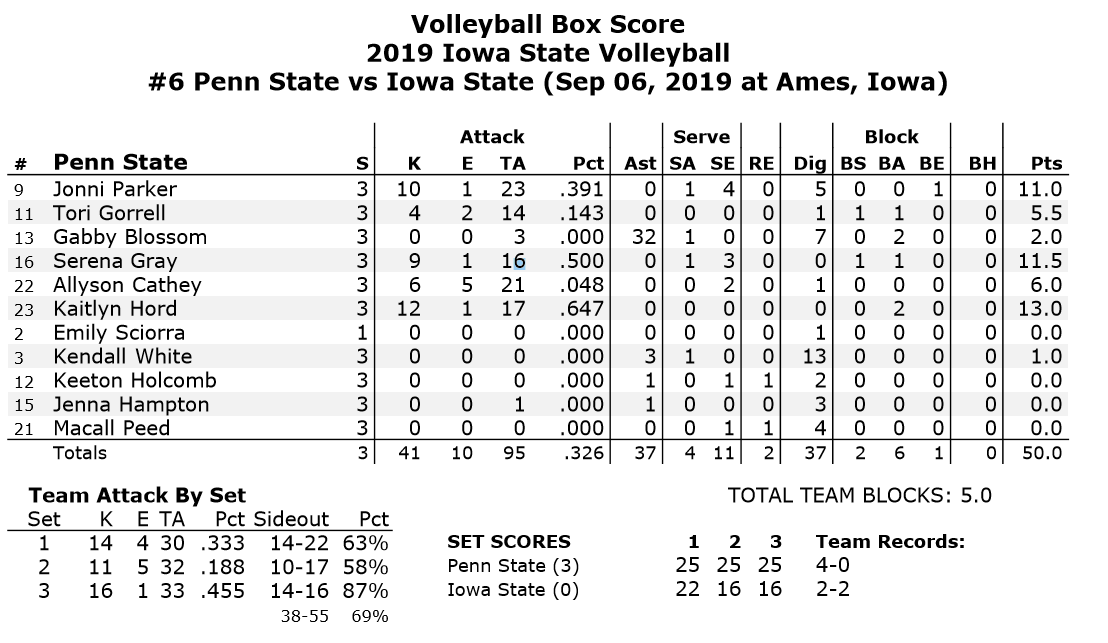 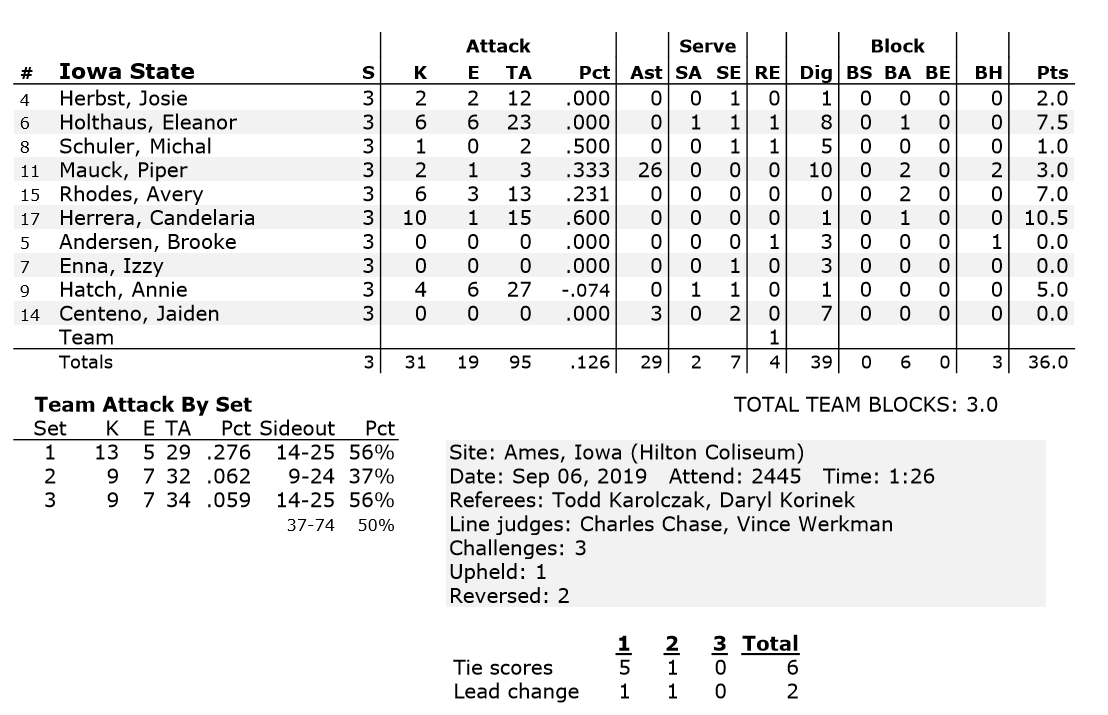