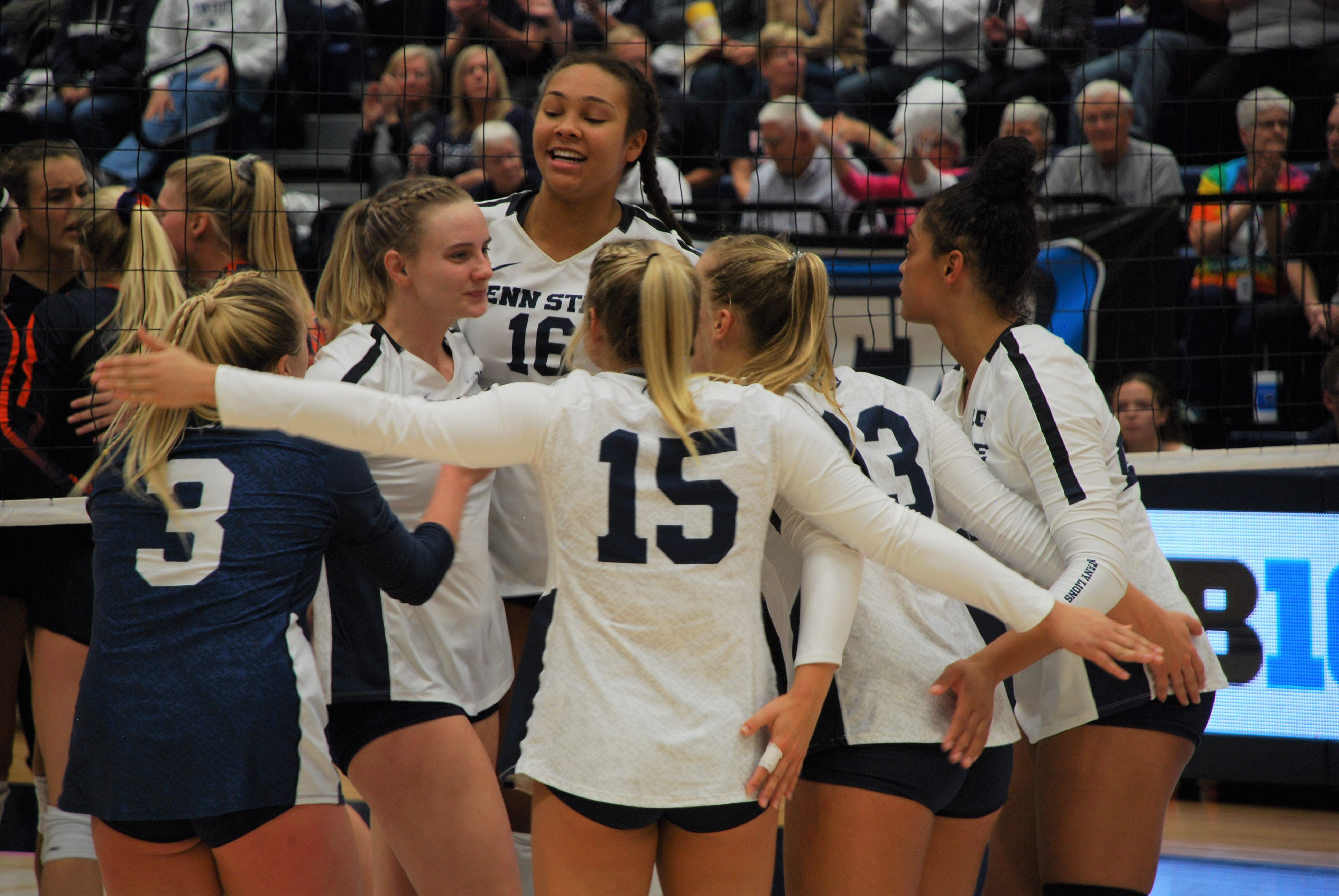 Jonni Parker led the Nittany Lions, who hit .291 as a team, with a match-high 14 kills in the victory. Parker also had one of Penn State’s four service aces against the Terrapins. Maryland didn’t have a single player reach double-digit kills, though Katie Myers finished with nine kills on a match-high .444 hitting percentage. Penn State beat Maryland 3-2 earlier this season on Oct. 11 at Rec Hall.

Freshman outside hitter Lauren Clark had six kills, four digs, and a block in her first career start for the Nittany Lions, while sophomore defensive specialist Jenna Hampton had 11 digs in her third start of the season. After starting Wednesday in Penn State’s 3-2 win over Illinois, Allyson Cathey didn’t see the floor against the Terrapins.

Tori Gorrell put together another excellent match with 10 kills and two total blocks. Only Kaitlyn Hord had a higher hitting percentage among Penn State players (.538). Hord tallied seven kills and a match-high four total blocks. Following Saturday’s sweep, she continues to lead the Big Ten in hitting percentage with a .435 clip so far this season.

Senior libero Kendall White scooped up a match-high 12 digs and made a handful of spectacular plays, including this mind-boggling stretch midway through the first set in which she dove for a  pair of shoe-string saves. Gabby Blossom turned in a strong showing with a match-high 40 assists, six digs, two kills, and an ace.

Serena Gray had six kills, two total blocks, a dig, and her 16th ace of the season — good for second place on the team behind only Jonni Parker (26). The Nittany Lions outblocked Maryland 6-5 and sided out 66.7 percent of the time on their way to another impressive Big Ten win. Penn State now owns a 28-5-1 lead in the all-time series against the Terrapins.