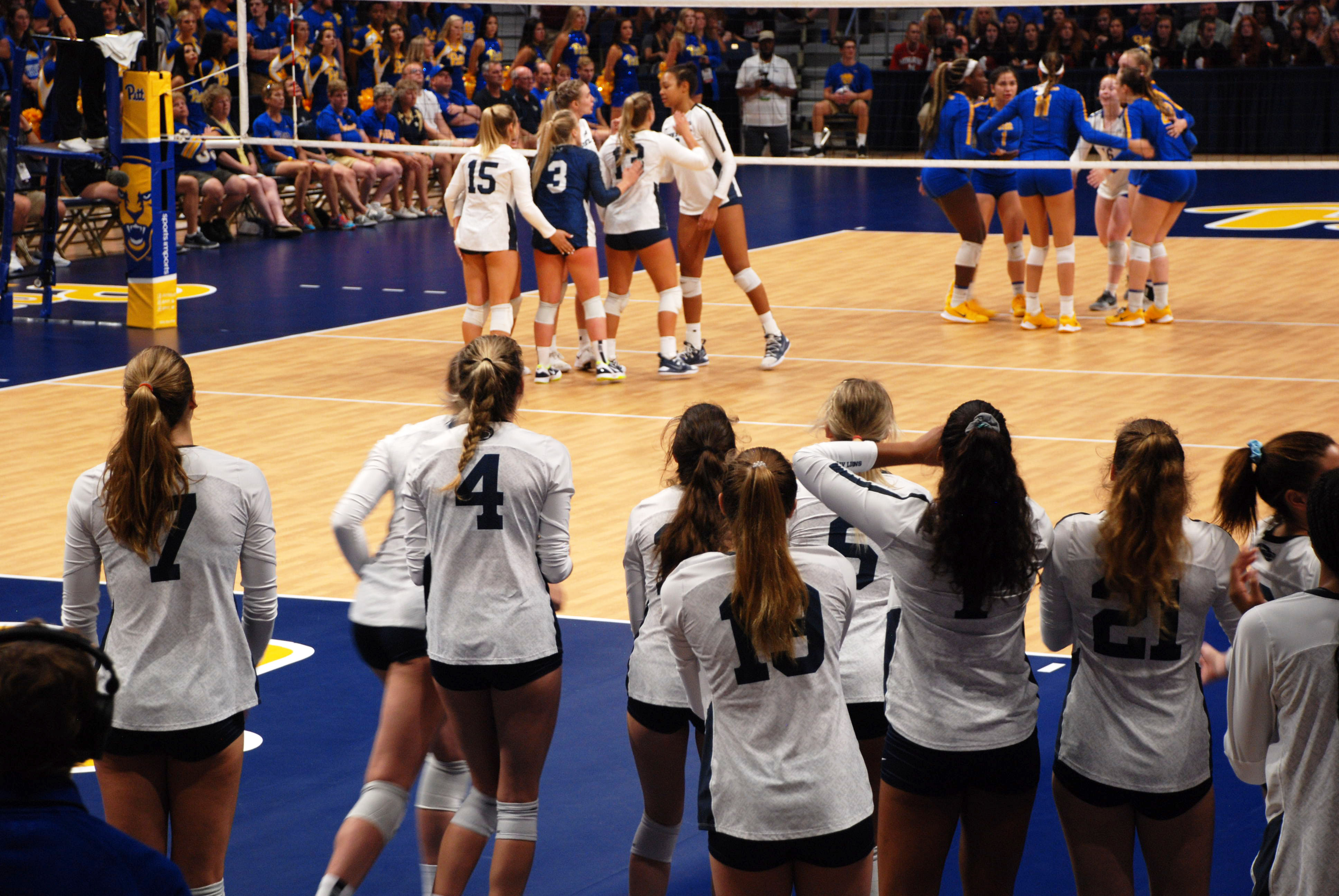 Pitt women’s volleyball reached new heights as a program when the Panthers were ranked No. 4 in this week’s AVCA coaches’ poll. The team’s sweep of Penn State last Friday in Rec Hall marked Pitt’s first win over the Nittany Lions since 1987, snapping a 16-match losing streak.

After Penn State exacted its revenge in a five-set win Sunday afternoon at Petersen Events Center, Pitt head coach Dan Fisher, who’s in his seventh season at the school, discussed what it took for his program to get where it is today. For context, the Panthers are currently 41-3 since the start of the 2018 season. They even received a vote to be No. 1 in the latest poll — a laurel Stanford retook.

“We definitely had our eyes on being a great program,” Fisher said. “I probably would phrase it this way: We were I think 120 RPI when I took the job and [Penn State] was No. 1, so we weren’t looking at, ‘How can we be No. 1?’ We were looking at how can we get a little better recruiting, so we were kind of looking at the next step. But that being said, it’s cool to be here now and to play them as equals. Hopefully this will be a positive for our recruiting. A lot of respect for their program, but the early days [we were] probably just more focused on small gains.”

Although Penn State leads the all-time series 33-18, the Panthers have had a number of good teams over the years, as Russ Rose pointed out multiple times this week. Sunday’s match easily set a new Pitt program record with 5,195 fans in attendance. Usually, the team plays at Fitzgerald Field House, a 4,122-seat venue.

“I think it’s great for the state,” Fisher said. “I’ve been trying to schedule them for a while, so I’m glad it worked out this year. We’ve talked over the years and, typically, teams do tournaments with other teams, so it just kind of worked out this year that both of us had an open weekend. We couldn’t find the right tournament and playing another good team helps your RPI. Even today, losing won’t really hurt our RPI that much, so that was the thought. And then, in the back of my mind, I kind of thought, ‘Hey, I bet we could break the attendance record if we do this.'”

Fisher was direct when asked whether he would like to play Penn State on an annual basis.

Pitt outside hitter Kayla Lund, a junior from Pasadena, California, showcased her immense talent with 37 kills and 25 digs over the weekend against the Nittany Lions. After Sunday’s match, seated alongside her head coach, Lund shared her thoughts on the home-and-home series and what the support of the Pittsburgh community means to her and her teammates.

“It’s pretty unreal,” Lund said. “This is what we’ve wanted. This is what we’ve worked for. We’ve wanted to make a big name for ourselves as a program that shouldn’t be underestimated. Finally having a lot more of the city of Pittsburgh behind our back, a lot more students behind us, it means a lot. It shows that what they’ve been doing as a coaching staff and what we’ve been doing as players is paying off, but we of course want to keep it going and keep it growing.”

Right now, Texas and Pennsylvania are the only two states boasting a pair of top 10 teams. If the Panthers and fifth-ranked Nittany Lions continue their winning ways this season, chances are fairly good both programs will host the opening weekend of the NCAA tournament. This year’s Final Four will be held at PPG Paints Arena in Pittsburgh December 19-21.

“I think Dan is doing a terrific job,” Rose said Sunday. “It’s great competition. When you play great competition, you know you can win and you can lose, and that’s great. It’s part of sports. That’s what makes you better…They’ve been good before, but they’re really good now.”