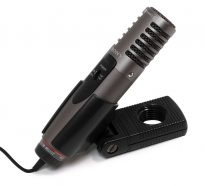 We spoke with Penn State Assistant Coach Dennis Hohenshelt after Penn State’s 3-1 win over Michigan in Ann Arbor.  Below is a transcript of that interview, lightly edited for clarity:

DigNittany: How would you summarize the match?

Dennis: Part of that is, against good teams like Michigan, which is a good serving team, when we get a chance to score with a good pass, ‘we have to score first chance we get.  At times we just kept playing with the ball, back and forth, and that’s not how we play when we’re playing well.  We have to terminate right away, and we just gave them too many chances in that third set.

DigNittany: One last question: Penn State came in as the B1G team that has given up the fewest aces-per-set, and Michigan had the highest number of aces-per-set.  Tonight, Penn State had eight aces to only four for Michigan.  How would you rate the performance of your passers?

Dennis: I thought our passers were really good.  And of those four aces by Michigan, two were back-to-back late in the fourth set by Paige Jones.  But she’s good enough to do that to you.  She’ll hit the middle for a bit, and then hit one down the line.  Between Jones and May Pertofsky, Michigan has two of the best servers in the league, for sure, and I thought we did a really good job — especially against Pertofsky.  We worked on it a lot this week because we knew they were going to be a good serving team.  I think our passers can stand up to most people right now, so I’m pretty happy with them.