DigNittany: We’re talking today with (R)uffda!, a Minnesotan and Minnesota fan, to give us his perspective on the Minnesota Gophers and the upcoming match this Saturday between Penn State and Minnesota in Minneapolis.

[Editor’s Note: this Q&A was written prior to the Penn State vs. Wisconsin match, so any statements by (R)uffda! purporting to know the outcome of that match are wholly fictional, the product of his fevered imagination.] 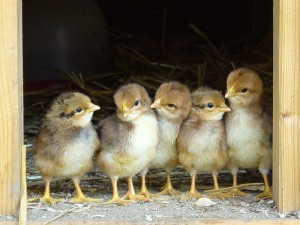 Now That’s a Young Team (and What About Louisville?)

DigNittany: Minnesota was billed by the Gopher’s SID in its pre-season release as  “a young team” with only two seniors on the roster – 6-3 Opp. Adrianna Nora (who seemed to have monster matches every time we saw her last season) and 6-0 DS/Libero Morgan Bohl, one junior – 6-1 Jr. OH Daly Santana (who currently leads the B1G with 4.88 points/set),  five sophomores – 6-1 Setter Erica Handley, 5-8 Setter Katie Schau, 6-2 MB Hannah Tapp,  6-1 MB Paige Tapp [Editor’s Note: interestingly – at least to us – in its release, the Minnesota SID provided identical links for the Tapp twins – both links lead to Paige’s bio, which seemingly is the Generic Tapp Page]  and 6-1 OH Sarah Wilhite, and five freshman –  6-0 MD/Opp. Maddie Beal, 5-11 OH Alyssa Goehner, 6-3 MB Molly Lohman, 5-7 Setter Carly Rasmussen and 5-9 Libero/DS Dalianliz Rosado. The Minnesota SID claims that Minnesota graduated three starters from last year — Tori Dixon, Alexandra Palmer and Ashley Wittman.  We’re skeptical that at least one of those players isn’t still on the team, but we’ll get to that soon enough.

The statistics below (as of 9-21-14) give some indication of which players have seen the bulk of the action, and how they’ve performed relative to the others, but they don’t answer the question of what happened Minnesota’s 3-1 loss to Louisville on August 30th at the Sports Pavilion? Did youth catch up with the Gophers? Just an off match? And what’s happened to Rosado?

(R)uffda!: I am going to preface my answers with the same caveat I threw out last year: My interaction with the team has been quite limited, even more so this year than last. I saw them in an intrasquad scrimmage, streaming on the web against Yale, and from the stands against Iowa State. That doesn’t mean that I don’t have some facts to share and a few opinions; it just means those facts may need to be checked and those opinions may be worthless. My caveats cover some serious behind, let me tell you.

For instance, this is a fact: Paige Tapp and Hannah Tapp are not the same person. You don’t even need to check that one. Your roster information is accurate, although you are missing one late addition to the team: Laura Calouri from Switzerland. My original opinion on that was that Minnesota was tweaking Wisconsin with a fictional player, but I have verified she is a real person – and has played in a few games, as well. Our other late addition, Maya Hancook? I just made that one up.

The Gophers have been inconsistent this season, although less so recently. I attribute the Louisville loss to three factors: 1) the youth of the team, 2) the usual anomalies you see in two-matches-in-one-day tournament formats, and, most likely, 3) the talent of Louisville (another team dealing with youth and inconsistency). I have no explanation for the 5-game match against Boston College. More on that below.

Minnesota’s Blocking (Or: Shape Shifting Technology — How Tori Dixon Continues to Play for the Gophers)

DigNittany: We also couldn’t help but notice that even with the alleged graduation of Tori Dixon, the Gophers are still sitting atop the B1G with 2.99 blocks/set.  How is that possible (other than our theory that there is really only one Tapp twin – just check that Minnesota SID release – and that Minnesota researchers have come up with some kind of shape-shifting gear that enables Tori Dixon to continue to play in matches as either Paige or Hannah Tapp, as the situation requires)?  OK, probably not a supportable theory, but the Gopher’s block appears to still be very formidable.  Your thoughts?

(R)uffda!: Tori Dixon is currently playing on the National Team with Glass, Fawcett and Harmotto. You can check with them if you don’t believe me. (And, yes, I know Christa was married, but I love Harmotto as a name.) Hannah Tapp started as a freshman and did quite well. She was not expected to provide much offense and was not set that often, which allowed her to focus on her blocking. When she was set, she hit effectively. The same appears to be happening this year with her sister, Paige. Paige’s statistics are actually better than her sister’s, so this has been a pleasant surprise. Each Tapp has spent time at M1, but Hannah has been playing that position most recently. I do expect Hannah’s hitting percentage to go up and Paige’s to come down, but I hope they meet somewhere around .350 to .375. I also think the Gophers will need to set their middles more to be successful in the B1G, but I could be wrong about that. We’ll see.

(R)uffda!’s  Great (or Not) Expectations

(R)uffda!: My expectations were not high at the beginning of the season and they are not high now. But those expectations are far from low. I remain optimistic and continue to believe this could be an exciting Gopher squad. Ball control will be the make-or-break variable. This team has the potential to significantly improve that aspect of their game from 2013, which would go a long way toward making up for the loss of a boatload of offense (Dixon and Wittman).

Katie Schau appeared to have the setting position won coming into the pre-season, but struggles in the first matches (including that Louisville loss) seem to have shaken her confidence. When the team fell behind, badly, to Boston College, Hugh made the switch to transfer Erica Handley. The Gophers rallied from 0-2 in that match and have been, for the most part, playing well since, including a 3-1 win at home against Iowa State. From where I sit, passing has a lot to do with this, but there’s no denying Handley has been setting pretty well. Has she taken over for good? We’ll see about that, too.

Another huge question mark heading into the season was whether or not Sarah Wilhite could handle the other OH position, opposite Daly Santana. Sarah played infrequently in 2013, mostly as an opposite, where she never looked particularly comfortable. Everyone who has seen the Gophers this season has been impressed with her play so far. She is not only hitting effectively as the L2, she is blocking well, digging well, and passing great. She is also scoring from the back row. This is great news.

You asked earlier about Rosado. She has been replaced at libero by another prized recruit, Alyssa Goehner, who originally committed to Marquette, but reconsidered after Bond Shymansky left. I still have high hopes for Rosado, but she was struggling in serve receive. Many people thought Goehner would start at L2 rather than Wilhite. She is on the small side, but she was an effective hitter in JO Open play. Libero is probably the next best position for her, however, and she has been very good there, especially steadying their serve receive game.

The Tapps, Wilhite, Handley and Goehner all played together in JOs.  Nora and Lohman are also Minnesota players. I don’t really have a point with this. It’s just pretty cool the state is producing so many quality players – and more have committed for next season and beyond.

I haven’t really discussed Santana and Nora. It almost goes without saying that they need to be good this season. (Almost because I just said it.) If the players with the most experience don’t produce, things could get ugly pretty quickly.

DigNittany:  OK, throw caution to the wind: who’s going to win – Penn State or Minnesota, and in how many sets?

(R)uffda!: I have a better idea. How about we throw a few Penn State players to the wind? Or at least leave them behind this weekend? How can Penn State not win? They always win. I’m hoping the Gophers have beaten Ohio State prior to the match. If Minnesota can go .500 or better through their first 8 to 10 matches, I think they have a decent shot at 4th in the league. Maybe even battle for 3rd. My fear is that they lose early, lose confidence, and then things snowball. (I can’t believe I dragged snow into this Q&A. Surely, there are other clichés I could have used. But it’s supposed to be near 80 this weekend, last I checked. No worries here in Hughland!)

I would like Minnesota to win a game. Let’s go with 3-1, Lions. Baby steps. It will be interesting to see how Santana, Goehner and Wilhite (and Rosado) hold up against Hancock’s serve.

DigNittany:  Thanks so much for your time.  And if you get any inside info on that Shape-shifter technology, let us know.