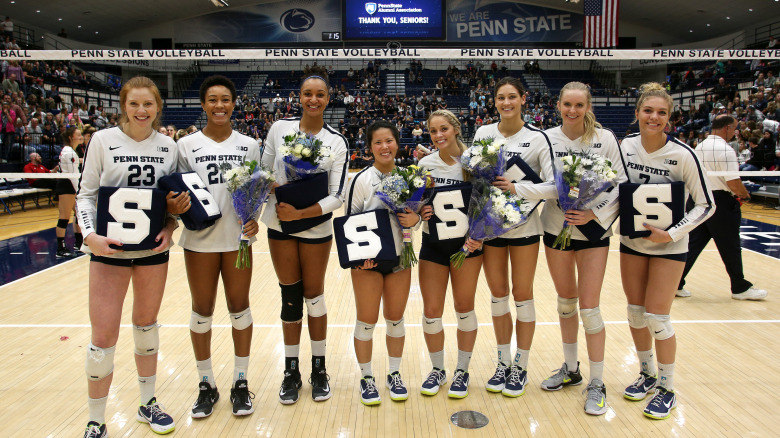 On the team’s preparation for the NCAA Tournament matches: dialed-in focus or trying to stay loose?

It’s a combination of both.  We’re focused on who the opponents are, and knowing what their offense looks like and what their defense look like — their strengths and their weaknesses.  But also staying loose and knowing that we play best when we’re just playing the game.  Staying loose, but staying locked-in at the exact same time.

On getting back to a high level of play

We need to get back to a rhythm of passing.  At times [in Rounds 1 and 2] our passing was a little bit shaky — people would come in and be really, really good and there were times when [we] would be really, really bad.  So, that passing aspect.  And then, following the game plan is something we need to do a little bit better.  We had a scouting report for Pitt, and we didn’t execute it as well as we could have. . . . But both Pitt and Howard played amazing . . . .

On the strength of the Big Ten Conference

There’s no denying that the Big Ten is one of the best conferences in the country, and anyone who says otherwise is crazy.  Playing Michigan State or Illinois [if Penn State wins on Friday] will obviously be a great game.  They got this far in the Tournament, so they’re obviously doing something right.  Regardless of whether we beat them before . . . they’re still [good teams].  We need to prepare for them like we would for any other team.  Michigan State has a lot of weapons.  Illinois has a really great setter.  [We need to know] that the game can slide away if we’re not ready for them.

On the mindset of the team going into the Regionals

It’s making sure we do the small things right.  [Focusing on] the serve-pass game.  . . . Getting good touches on the block.

On her experience as a part of the 2014 Championship team

I remember the older girls helping me out so I had less pressure on me.  As a senior, I want to make sure I help the younger girls just have fun, play as hard as you can.