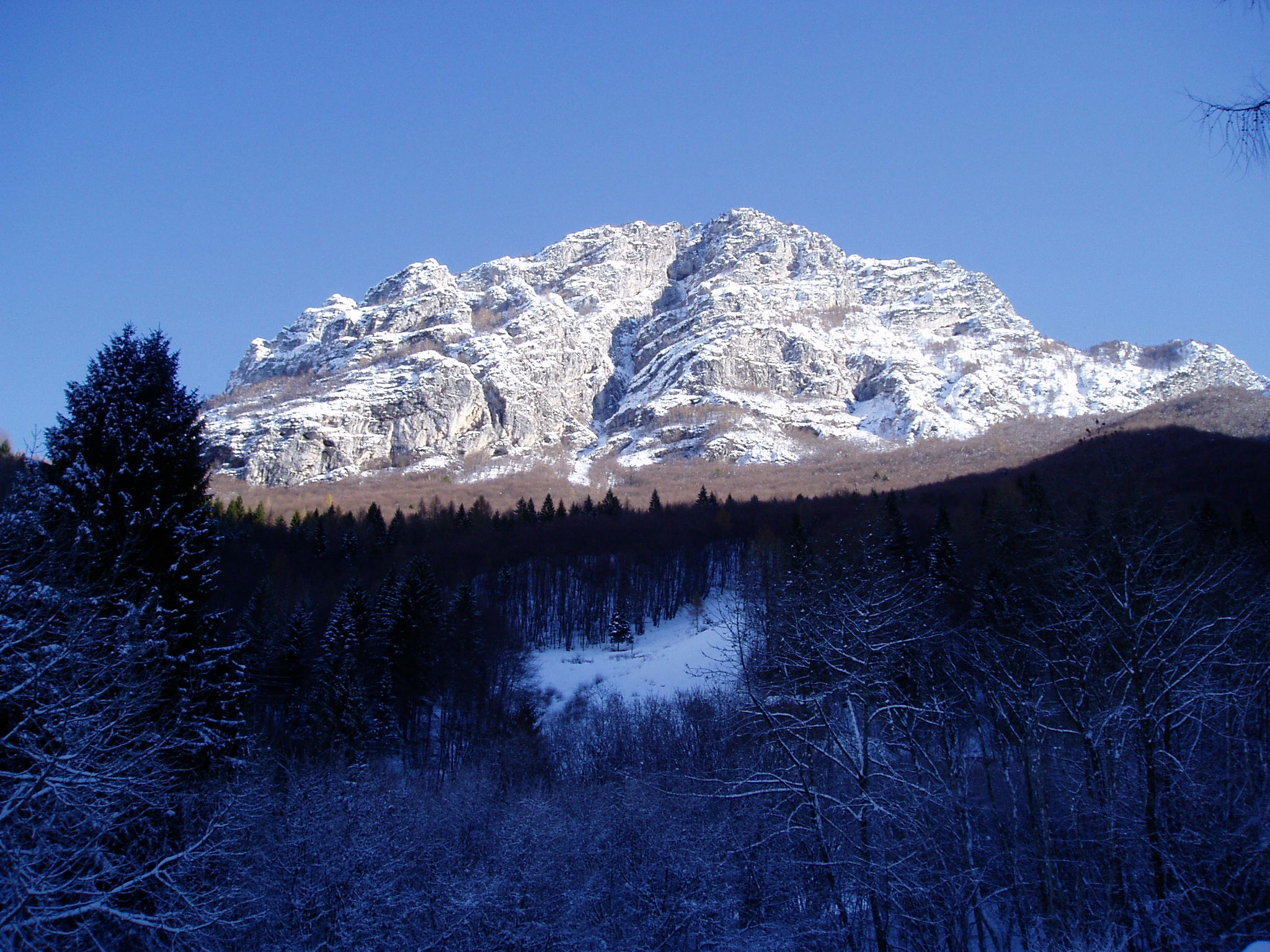 Getting Ahead of Ourselves?  Well, yeah, it’s the off-season!

We know.  Speculating about the 2012 performance of Penn State’s women’s volleyball team, before most of the incoming freshmen have spent a second on campus, before we know who’s going to start at what position, before we have any idea of how much the returning players have improved during the off-season, and without any demonstrable track record of assessing volleyball talent is, if not downright crazy, at least at risk of getting ahead of ourselves.

And that, as is clear from the video below, can lead to trouble:

Still, with three months to go before Penn State plays it’s first match of the 2012 season, we’re left with nothing to do but speculate until August 24th, when Penn State takes on Morehead State in Louisville, Kentucky.

That’s alot of returning underclassmen who saw significant playing time in 2011 and who, one would hope, learned alot from the experience.  And that doesn’t take into account the potential contributions of incoming freshmen 6-2 OH/S Megan Courtney, 6-2 OH/MH Paulina Prieto-Cerame (who is already enrolled), and 5-6 DS/L Kendall Pierce, all of whom bring considerable talent to Happy Valley.

And that got us to thinking about another season in which there were alot of returning freshmen and sophomores who saw significant playing time the previous year, and in which Head Coach Russ Rose welcomed three incoming freshmen, all of whom brought considerable talent to Happy Valley — 2007.

Based on how the 2007 season played out, with Penn State winning the first of four consecutive NCAA titles, that can be a pretty good formula.  Could it work again?

We’re not saying it will, but we’re not saying it can’t.  What we’re saying, in words and charts, is that in many ways, the 2012 edition of the Penn State Women’s Volleyball team (or what we know about the 2012 team, sitting in our inexpert speculation chair, in May 2012), reminds us of the 2007 Penn State Women’s Volleyball team.  We’re also saying that in other ways — important ways — it does not.

Nebraska and Stanford, the two teams ranked ahead of the Nittany Lions in the 2007 pre-season poll, both had good reason for optimism heading into the 2007 season.

Although Nebraska lost 2006 starting OH 6-2 Dani Mancuso , and 2006 starting L 5-11 Dani Busboom to graduation, they returned all-everything Sarah Pavan (2006 AVCA National Player of the Year, three-time 1st-team AVCA All-American, and two-time Big 12 Player of the Year), and could count on three other returning AVCA All-Americans – 6-2 Jr. OH Jordan Larson (1st Team AVCA AA), 5-10 So. S Rachel Holloway (3rd Team AVCA AA), and 6-3 Sr. MB Tracy Stalls (2nd Team AVCA AA).  An even bigger plus was the much-anticipated return of 6-2 Sr. OH Christina Houghtelling, who had been the 2005 AVCA National Player of the Year but who had missed the 2006 season following shoulder surgery.

Adding even more firepower was Stanford’s four-person freshman class, which was considered by many to be the best in the nation.  The headliner was Gatorade National Player of the Year 6-4 OH Alix Klineman, with 6-4 MB/OH Stephanie Browne ranked #16, 6-1 OH/S Cassidy Lichtman ranked #20, and 5-7 L/DS Gabi Ailes having been the Nebraska State Player of the Year.

Penn State Stats: Who Brought What to the Party in 2007

To be sure, Cassy Salyer had played an important role in 2006, and defensive specialists Kris Brown and Ashley Fidler were valuable contributors on defense, but, as noted above, the arrival of  Blair Brown, Arielle Wilson, and Alyssa D’Errico, and the improvement of the returning players, more than compensated for those losses.

Even with all that, the 2007 title wasn’t easy, and could easily have been lost at a number of crucial junctures — not least of which was the 3-2 victory over Stanford in the Finals, a match that certainly could have gone the other way.

Attack Leaders - Who Returned from 2006

Blocking Leaders - Who Returned from 2006

Set/Serve Leaders - Who Returned from 2006

Recept/Digs Leaders - Who Returned from 2006

The preseason coaches poll is based on potential not performance.  We have to work hard and see if the results on the court will match up to the goals of the team.

The preseason polls aren’t out for 2012, but if, as we anticipate, Penn State ranks high in those polls, we expect that Penn State Head Coach Russ Rose will say something pretty close to the quote above.  Which isn’t surprising, given that it’s exactly what he said in a GoPSUsports August 14, 2007 press release after Penn State was ranked #3 in the 2007 preseason poll.

So what about 2012 reminds us of 2007, other than the prospect of a high preseason ranking?  Returning players on the front row is the most obvious.  Ariel Scott, Maddie Martin, Nia Grant, Aiyana Whitney, Katie Slay, and Deja McClendon all return after seeing significant playing time in 2011.  Erica Denny is back too, after two injury-plagued seasons.  If Denny, who was the #14-ranked Senior Ace by PrepVolleyball.com her senior year in high school, can approach the potential she showed before her injuries, she will provide even more competition for front row playing time, as will incoming freshmen Megan Courtney and Paulina Prieto-Cerame.

Returning starting setter 5-11 So. Micha Hancock is another reason 2012 reminds us of 2007.  Like Alisha Glass, who returned in 2007 for her sophomore campaign after starting as a true freshman, Hancock is poised for a second year as Penn State’s starting setter.  Obviously, there are lots of imponderables, and we certainly aren’t comparing Micha Hancock to Alisha Glass, but the experience Hanock gained in 2011 could go a long way towards addressing some of the timing and connection issues that dogged Penn State last season.

What about 2012 doesn’t remind us of 2007?  Again, the obvious answer is the back row.  If Ali Longo had returned for her junior year, the resemblance to 2007 would be stronger. (And, fwiw, we’re not inclined to get into a debate about how good Longo was or would have become.  We were fans of hers when she was at Penn State, and we wish her all the best).   Without Longo, the 2012 backrow, at least on paper, looks thinner than the 2007 model.

Having said that, we really liked alot of what we saw from Dominique Gonzalez and Lacey Fuller last season, and incoming freshman Kendall Pierce has been compared favorably to Alyssa D’Errico.  So it’s not as though we think the back row can’t be better than in 2011 — we think it can.  But it doesn’t appear to us to be as strong, based on performance to date, as the returning core was in 2007.

So the talent and the potential is there, but as Coach Rose suggested in a recent interview, it takes more than talent to have a great team:

I thought we had a team with good talent [in 2011], but we didn’t have a team that was a great team that played well together.  It always seemed that when we hit certain crisis situations, we had players who were playing independently instead of playing as a group.

Teamwork and hardwork.  Two cliches, but probably among the keys for how much success the 2012 team will have this season.

The following three tables show some summary comparisons between 2007 and 2012, followed by in-depth statistics in the final section.