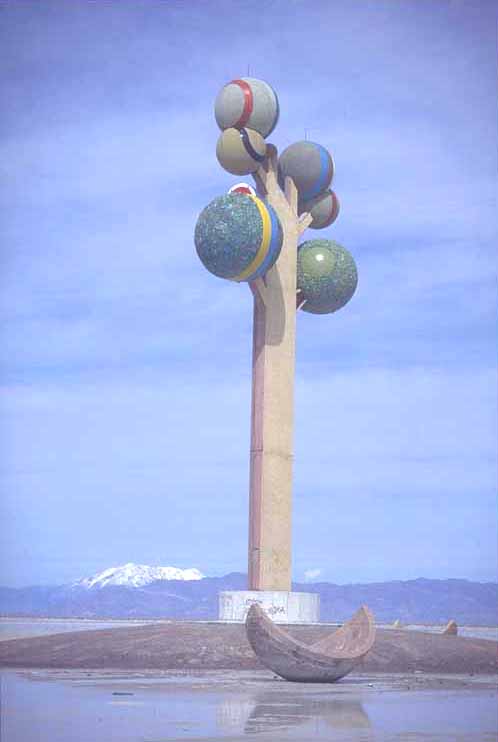 According to Wikimedia Commons, this is the Tree of Utah.

What: Penn State vs. Utah

We don’t know much about the Utah women’s volleyball team — and that’s purely a comment on our failure to properly research this team (and the sad state of labor relations between us and our slacker staff — but that’s a conversation for another day, if they ever come back from what they gleefully refer to as “December Spring Break”) and has nothing to do with the Utah women’s volleyball team.

In fact, Utah is a legitimate opponent for Penn State in tonight’s 2nd Round NCAA Tournament match.  As Penn State head coach Russ Rose  told Gordon Brunskill of the Centre Daily Times, in an interview following last night’s lackluster performance by Penn State against LIU Brooklyn “You don’t walk very far if that’s how you play.  If we play like that against Utah, we’ll probably be disappointed in the outcome.”

“It was a typical Utah match for us.  We just had to grind it out tonight. We started out pretty tight in the match, but once we settled down, we played some pretty good volleyball. We ended up hitting .342, which is a nice offensive match. We struggled at times to slow Yale down. I thought they hit very aggressively and we didn’t really have an answer for No. 11 (Yale’s Kelly Johnson). It was a pretty typical match for us, and I was pleased with it.”

How good is Utah?  Below is a quick look at its record, the season stats for selected players, and the team roster.  We think it’s a team that is plenty good enough to give Penn State real problems if Penn State assumes it will win the match (which, in our opinion, is different from knowing you can win the match). 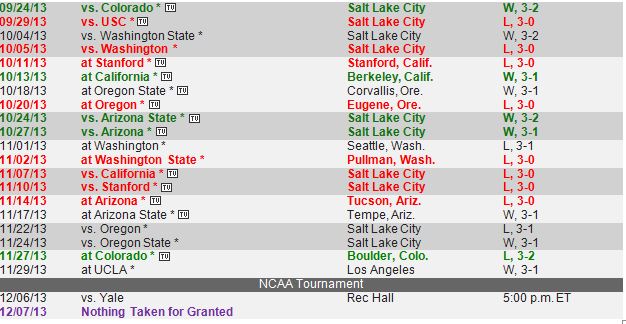 The University of Utah athletic teams are known as the “Utes.” According to Wikipedia (we are lazy researchers):

The Utes are an indigenous people of the Great Basin, now living primarily in Utah and Colorado. There are three Ute tribal reservations: Uintah-Ouray in northeastern Utah (3,500 members); Southern Ute in Colorado (1,500 members); and Ute Mountain which primarily lies in Colorado.

There is an ongoing debate within the University of Utah community whether the University should continue to use the name Utes in connection with its sports teams.  We are agnostics on this question, and note only that there are ongoing negotiations between Ute tribal leaders and University of Utah officials regarding Utah’s future use of the Ute name.

All of which is prologue for the following clip from the movie “My Cousin Vinnie,” which has nothing to do with the University of Utah, the Ute tribe, or volleyball — and everything to do with accents and the irresistible bravado of Joe Pesci’s character in this movie.  This is one of our all-time favorite movie scenes, and we have always hoped for the opportunity to use it in a match write-up.  So here it is: