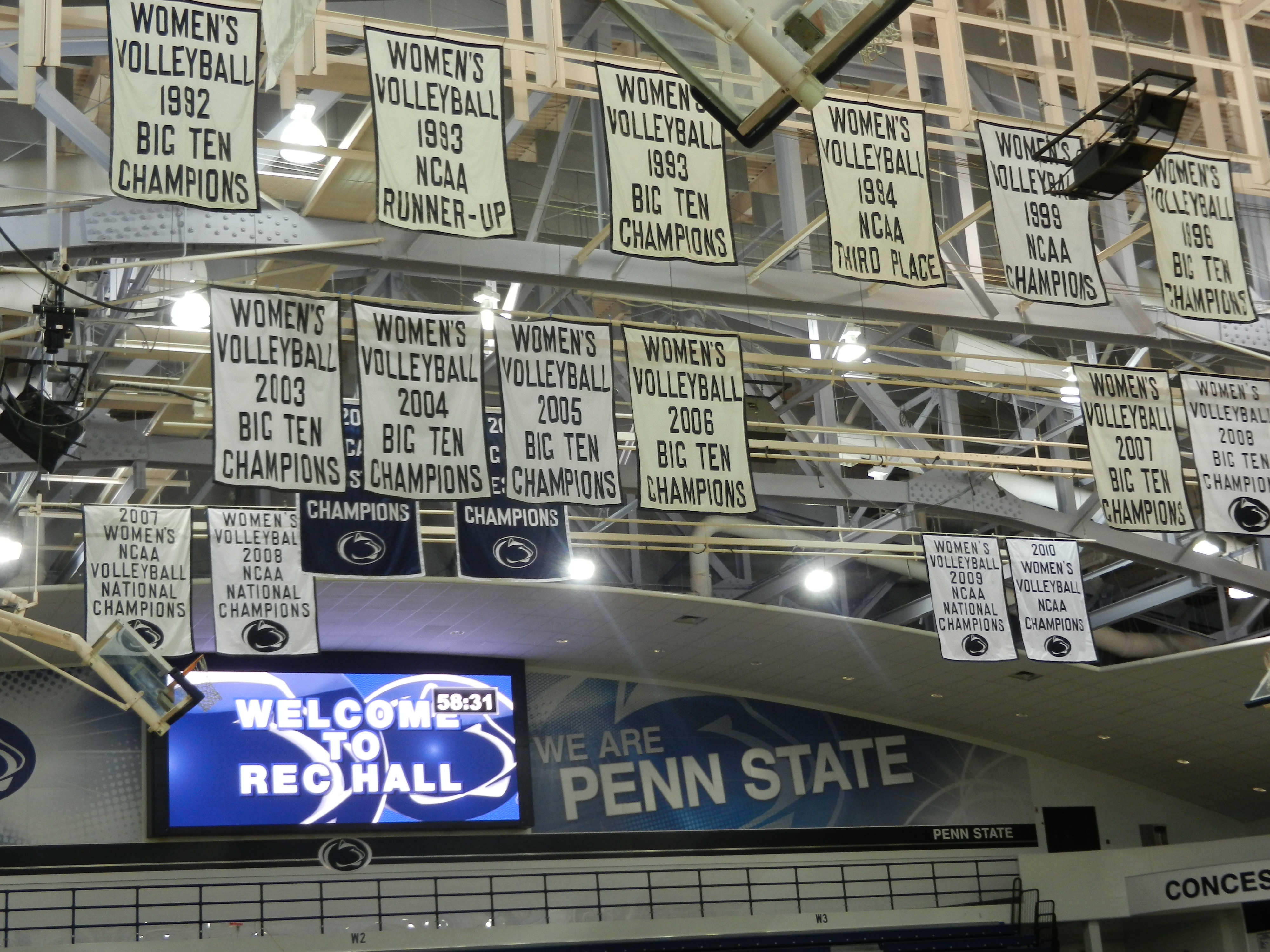 These are our sisters. When [one] gets an ace, I get an ace, and that’s what it feels like for me. So we get extra pumped up for that.

(Deja McClendon in an interview with the Daily Collegian’s Aaron Dunleavy, on the impact of service aces by Penn State players)

It was a true team effort, which is something this-year’s Penn State squad needs to win consistently.  As Head Coach Russ Rose explained to Aaron Dunleavy:

Everybody who plays has to play well for us to win.  We’re not the team that we were a few years back that put the banners up. This is a whole different team. This is a team that, as [Deja] said, if they’re sisters, they ought better have each other’s back a little better and try and make it more of a collective effort.

Maddie Martin did her part.  With Penn State down 13-8 in the second set, Rose elected to Martin for 6-2 Fr. OH Megan Courtney, sparking a 17-4 run by the Nittany Lions that sealed the 25-17 win.  Though her statistics weren’t eye-popping, Martin was very effective throughout the match.  As the Daily Collegian’s Aaron Dunlevey noted in an article in today’s CollegianOnline, “the Lions enjoyed a 40-17 advantage when the Tampa, Fla., native was on the court.”

So did Maddie Martin 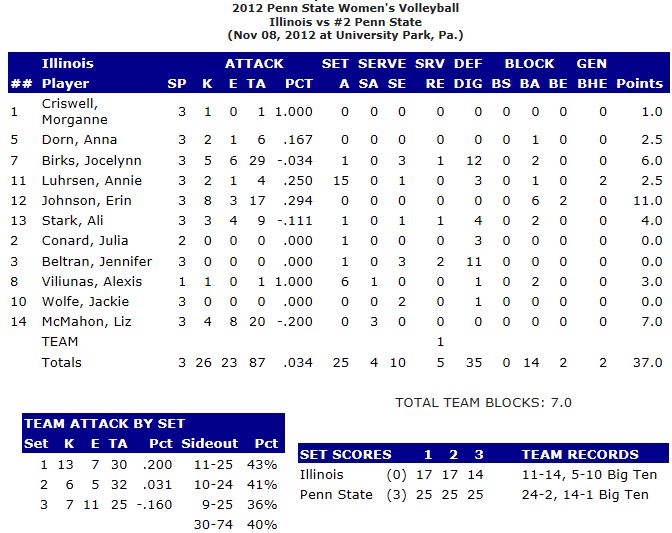 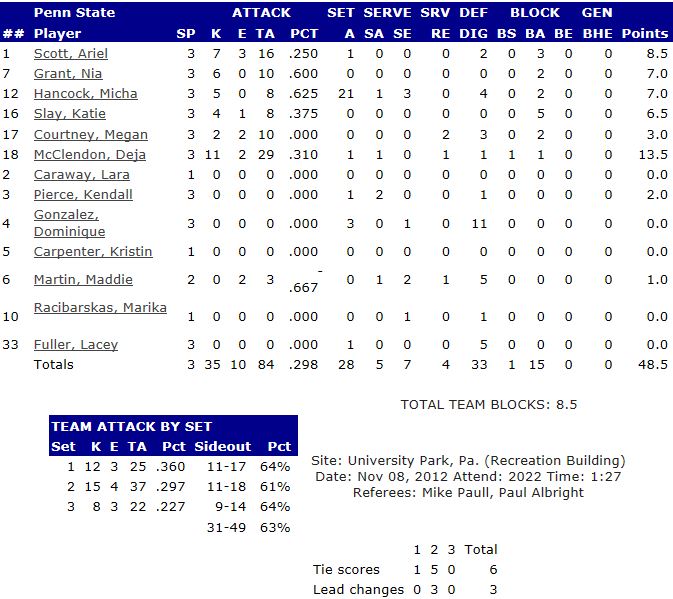