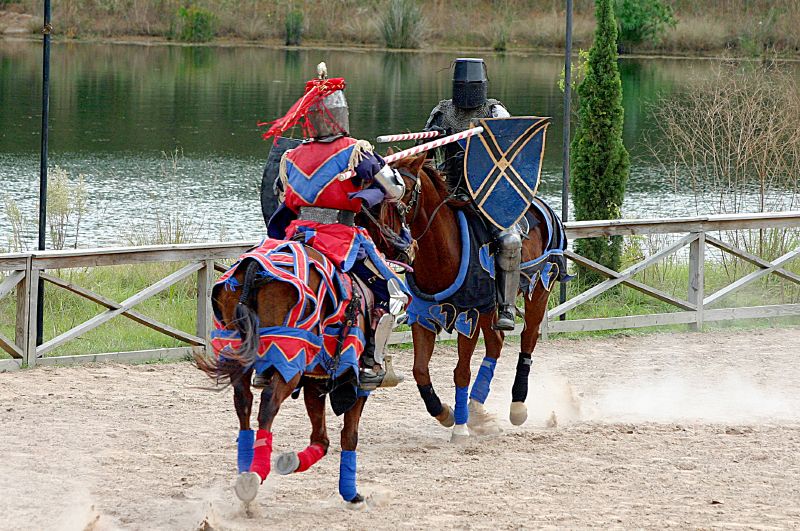 Here are selected team and individual stats for Penn State and its two opponents this weekend: Maryland and Ohio State.  Keep in mind the usual caveats of differing schedules which makes direct comparisons risky, at best.  Nonetheless, with our Slacker Staff cheering us on, here we go with some comparisons. 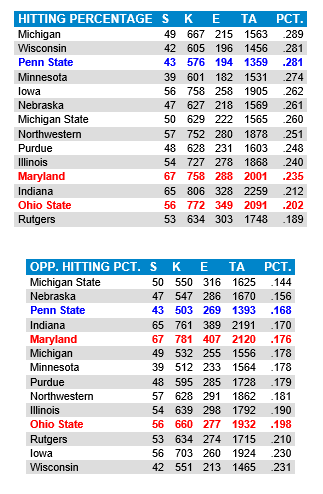 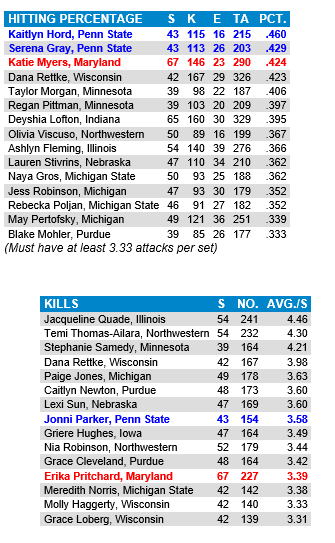 Statistically, Maryland has been better than Penn State’s (with both having outperformed Ohio State).  The star for the Terps has been Katie Myers, who leads the B1G in blocks-per-set.  Penn State’s Kaitlyn Hord ranks #4 in the conference. 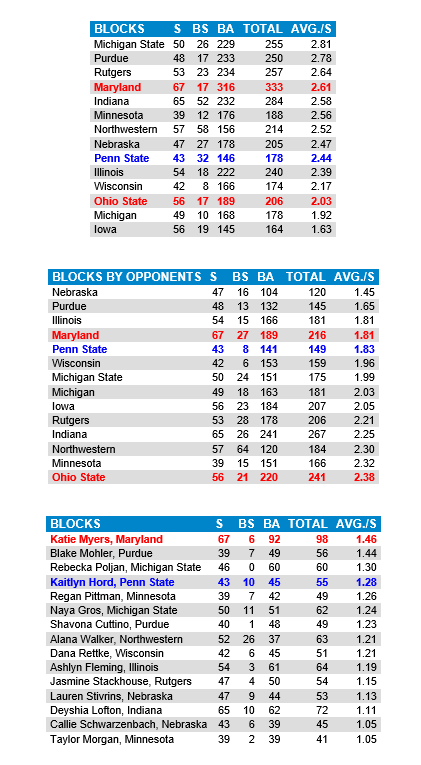 Maryland really stands out, statistically speaking, in serving, where they lead the B1G with a solid 1.78 service aces-per set average.  Penn State (1.30 aces-per-set) and Ohio State (1.11 aces-per-set) are in the bottom half of the B1G’s service ace statistics. 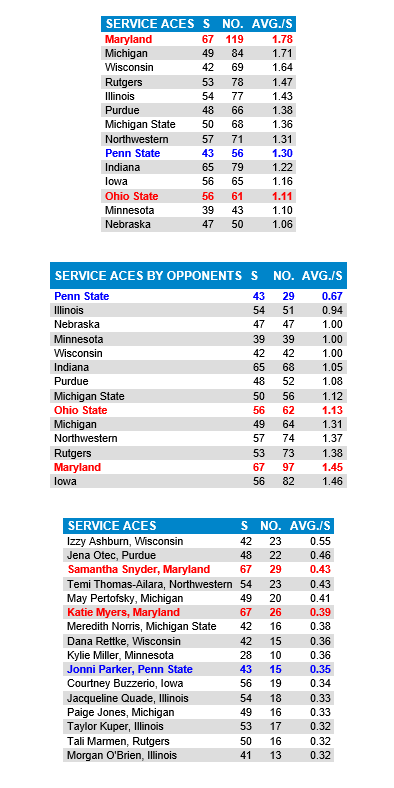 Ohio State’s Kylie Murr leads the B1G in digs-per-set, which makes some sense given the Buckeye’s poor (statistically) blocking and serving.  She’s probably had a lot of attacks coming her way.  Kendall White is in the middle of the pack — 7th — while Maryland’s Allegra Rivas clocks in at the #9 spot. 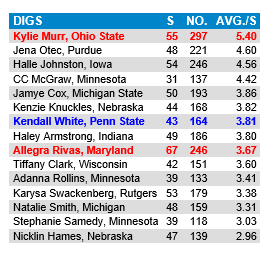