To the Editor of The National Observer, London, 8 June 1891 “Sir, —It has been wittily remarked that there are three kinds of falsehood: the first is a ‘fib,’ the second is a downright lie, and the third and most aggravated is statistics. It is on statistics and on the absence of statistics that the advocate of national pensions relies…”

The National Observer notwithstanding, we press on with

Stat Joust: Let the numbers fight it out until the players take the floor

Michigan State wins hands-down for most service aces per set, but they get aced more often — .36 aces per set more. 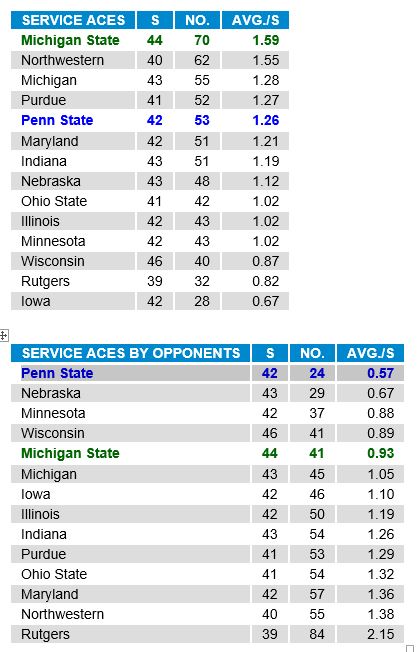 Penn State gets approximately 1.00 more blocks per set.  Blocks by opponents are about the same. 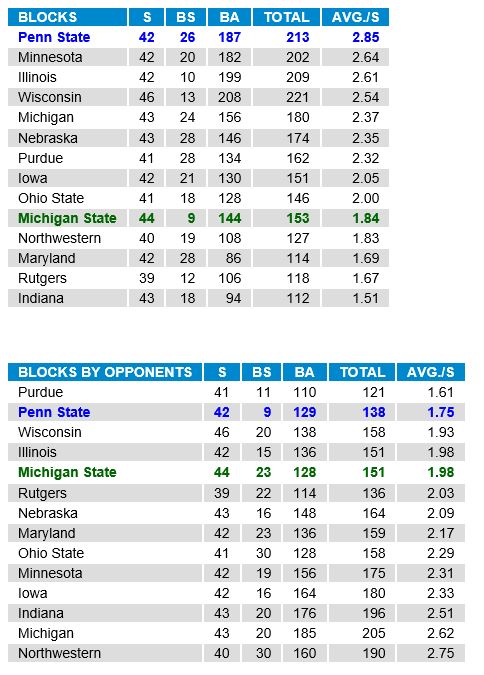 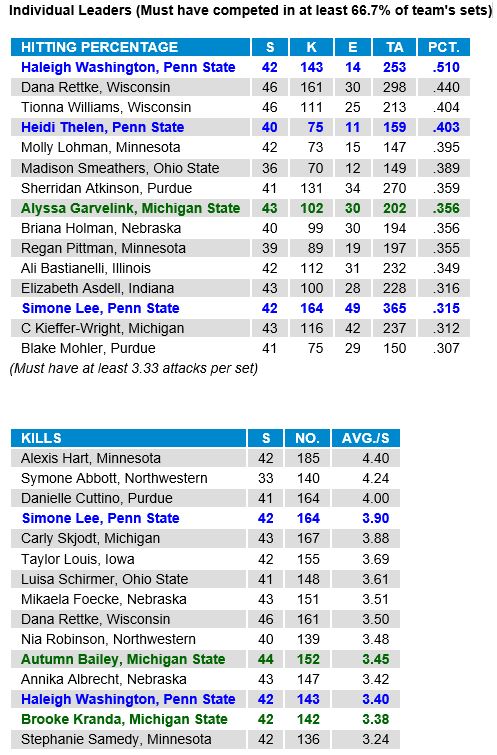 Rachel Minarick is a very fine setter, and her assist stats back that up.  The setter duo of Detering and Weiskircher are statistically better in the aggregate.  Brooke Kranda and Holly Toliver are very dangerous servers.  So is Abby Detering.  As Coach Rose said in his pre-match comments, if Penn State can play well in receive-pass, it will be in the match.  If they let Michigan State go on extended point runs, it will be a long night (or a short, but very disappointing one). 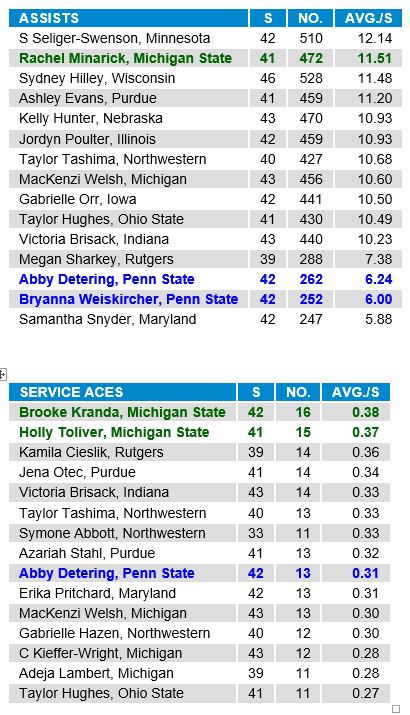 Penn State is, statistically speaking, the better team, with Washington, Thelen and Gorrell all in the top 15 in blocks per set.  Garvelink is too.  Kendall White and Jamye Cox are both good liberos.  White has been named the B1G’s defensive player of the week twice, and has been playing very well recently.