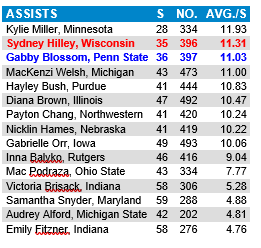 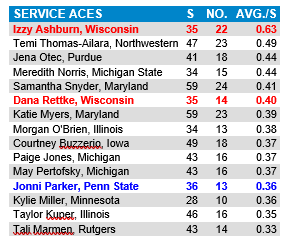 Kendall White continues to lead Penn State in digs/set, and ranks 8th in the B1G.  Wisconsin’s Tiffany Clark follows right behind at #9. 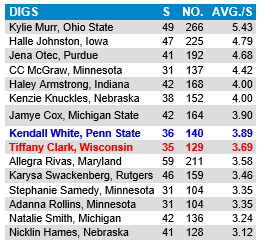