We came out tonight focused and confident, but all credit goes to Penn State.  There are no easy nights in the Big Ten. Penn State played an aggressive and smart match tonight. They took advantage of some mistakes on our side and they earned the victory.

NUsports.com put it more bluntly: “Penn State . . . declawed the Northwestern Wildcats . . . .”  That pretty much sums up the evening.  The Nittany Lions were never really threatened, even when trailing 4-1 in the first set (a circumstance that totally befuddled the BTN scorekeeper, who had Penn State (25-2. 15-1 Big Ten) up 5-2 at one point, before finally acknowledging the reality of the situation and putting the Wildcats, briefly, in the lead), and ended the evening with a Ringo Star Sweep — 25-16, 25-16, 25-16. 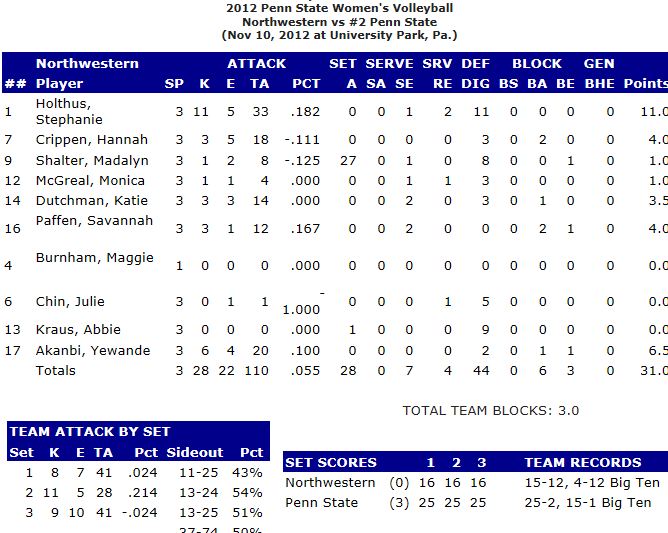 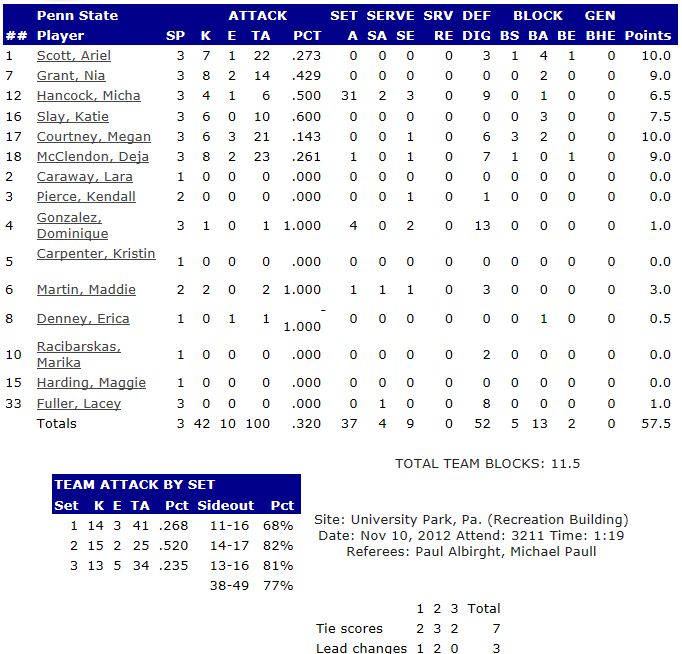