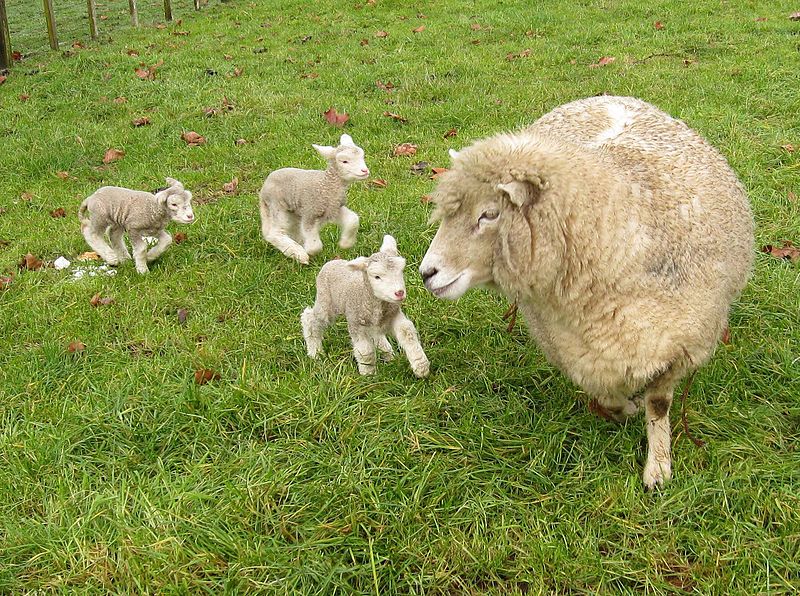 Wisconsin didn’t go out like lambs, but it was a three-set match

Badgers are not Lambs, but Lions Prevail 3-0

“I thought we played pretty well today.  [The Nittany Lions] were very inspired defensively on that side of the net. I thought we had some really nice swings on some balls that weren’t going down. I thought we battled really hard.

Games 1 and 2 were pretty even. I don’t think we lost our energy [in the third set]. They’ve got Katie Slay and Ariel Scott up there blocking our 5-7 outside hitter. That’s probably the biggest block in the country going up against the smallest outside hitter in the country. Deme’s [Morales] a warrior, but that’s a pretty tough thing to do.

I thought most of that match was neck and neck and pretty even. They won the two close ones and then got us stuck in a rotation that we couldn’t get out of in Game 3.” Wisconsin head coach Kelly Sheffield after the Badger’s 3-0 loss to Penn State on Friday night in Madison WI.  (Quote courtesy of uwbadgers.com.)

For any Penn State fans who thought the Nittany Lions would make a meal of the Wisconsin Badgers, set 1 (which Penn State won 25-23 after leading 19-12) should have made it clear that the Badgers are a very good team that does not give up.  As  uwbadgers.com put it, “resilience” was the key word for the match.  But ultimately, Penn State prevailed in straight-sets, 25-23, 27-25, 25-16.

On the subject of meals, apparently, the Penn State coaching staff didn’t get their dinner, as usually reliable sources described a “fast food” delivery person arriving with food at the Penn State bench midway through the third set, at which point the staff had other things on their minds than dinner (though the delivery person was (allegedly and understandably) very focused on getting paid).

With the loss, Wisconsin falls to 19-8 overall on the season and 8-7 in B1G, tied for fifth place with Michigan State. 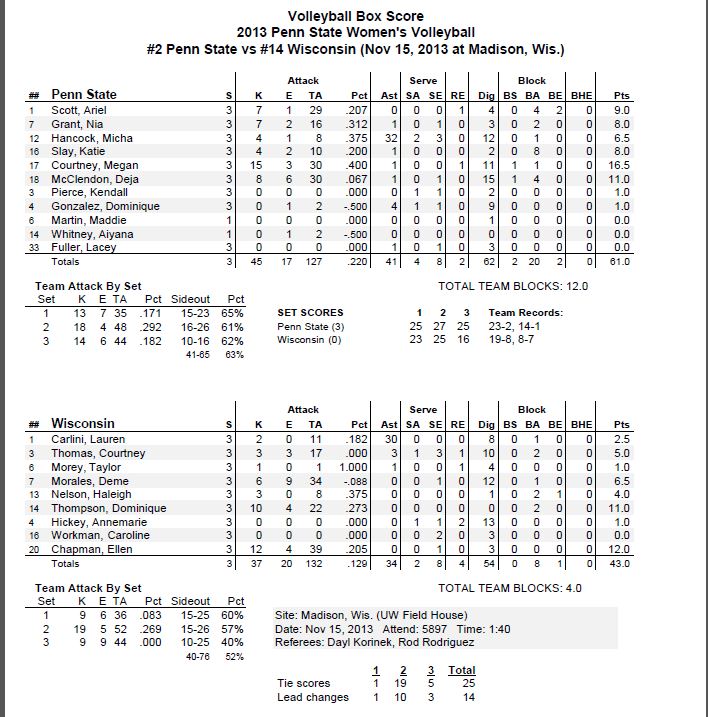