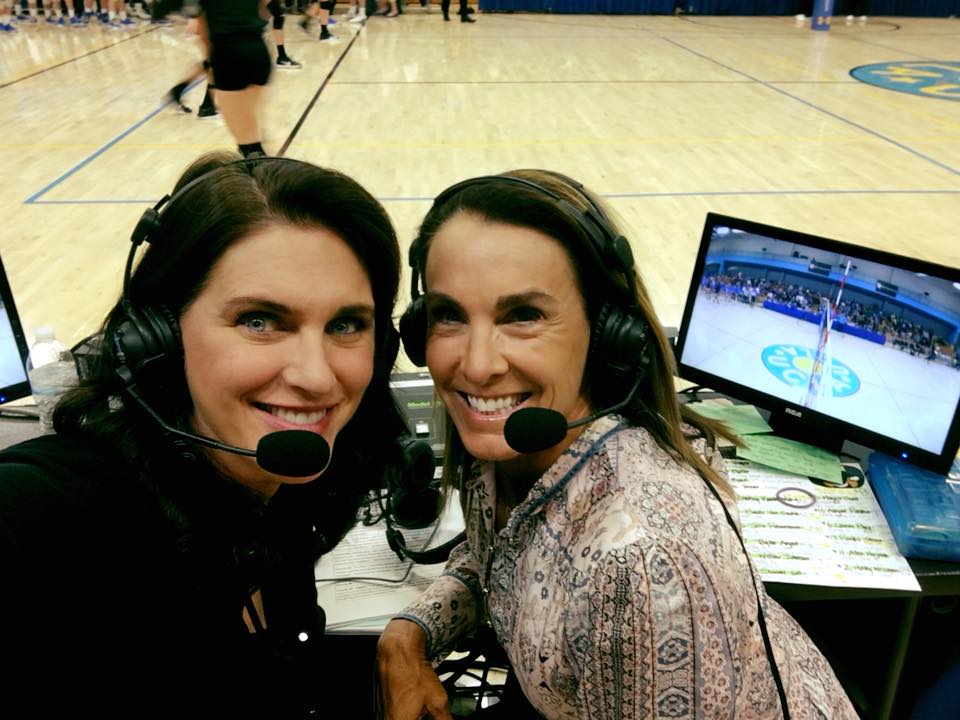 It’s a weekly show, where they talk about all the upsets and performances, and answer all of your questions about NCAA Volleyball.  They broadcast from https://www.facebook.com/therealAnneMarieAnderson/

Just turn it on when they are live, and share it with your friends!

Here’s a link to a show they did on September 13th: Click Here.

For those of you who don’t know about Holly McPeak, here’s an excerpt from her bio on the Mira Costa Hall of Fame webpage:

Holly McPeak helped revolutionize women’s volleyball. Recent Olympic gold medalist Misty May-Treanor said, “As a beach volleyball player, it doesn’t get much better than having played with Holly. I want to thank her for laying the foundation not only for me but for all the young women that will come after.” One of just five women worldwide to compete in the first three Olympics in beach volleyball and having won multiple tournament titles, McPeak was inducted into Volleyball’s Hall of Fame in 2009. In 2002, she became the first woman to surpass $1 million in career earnings. Inducted in 2012.

Here’s an excerpt from Anne Marie Anderson’s bio on Wikipedia:

Anne Marie Anderson (born November 25) is an American sportscaster who is a graduate of Hofstra University in New York and Cherry Creek High School in Englewood, Colorado. She works for a variety of sports networks.  Following graduation from Hofstra, Anderson relocated to Bristol, CT and worked as a production assistant, assignment editor and associate producer on ESPN staples such as SportsCenter, NFL Gameday and Outside the Lines. In 1994 she became SportsCenter’s Los Angeles Bureau Producer working primarily with Shelley Smith, Andrea Kremer, Mark Schwarz, and Steve Cyphers. In 2000 Anderson moved north to be San Francisco Bureau Producer and in 2003 opened an ESPN bureau based in Colorado. As a bureau producer Anderson worked in the field on marquee events such as the Super Bowl, NBA Playoffs, Golf’s majors, Heavyweight Title fights and six Olympic Games. She won three National Emmy awards as part of her work on SportsCenter.